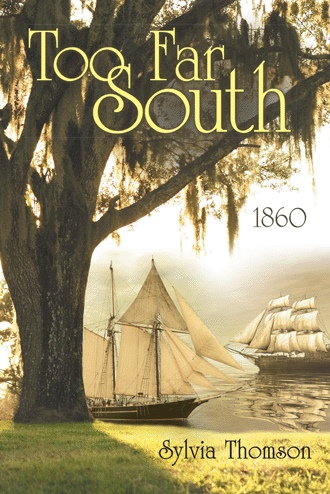 A cloud of uncertainty descended on him. His thoughts returned to his trial and tribulation in sailing his fleet into the Mississippi River and it caused his blood pressure to rise. Come hell or damnation, he would not have another embarrassing defeat nor ever again suffer the mortification he felt in sending his report to the Secretary of the Navy on the CSS Arkansas episode above Vicksburg. A blot on a distinguished career! Ordered to attack and run past the batteries of Vicksburg, whose defenses on the bluff were untouchable by water... so a political victory could be won! How dare some backwoods lawyer who had never been to sea , put his great fleet at risk!

Fuming, his thoughts played out in his mind of his great ship mired in mud below New Orleans and set afire by a huge floating fire raft. Under heavy fire from Fort Philip and Rebel boats, his ship suffered greatly. Only by the grace of God and the actions of the brave, courageous crewmen, the Hartford survived to sail another day. Ocean vessels were not suited to sail on rivers and navigating the Mississippi River had been a near disaster. His fleet was trained to engage the enemy on open seas, not a muddy, debris ridden river where every twist and turn became a challenge for the deep draft vessels. Turning his attention back to the present, he picked up his pen and wrote a few brief paragraphs in his journal before retiring.

From a bluff overlooking Mobile Bay, Caroline Colson reflects on a troubling and disturbing summer, filled with rumors of war. Although threats and rumors about the Yankees and secession from the Union continue to plague her village, Caroline still believes she lives too far south to be touched by war. Unfortunately, she could not be more wrong.

When their young son dies in a tragic accident, Caroline’s husband, Cameron, is lost within the darkness of overwhelming grief and blames a young slave named Edmund for the death. The boy is sent away from the house and from his mother, Bertha, a household slave, after the accident. The boy soon goes missing, which sends Bertha down a heartbreaking path to search for him, examine her life, and question her self-worth. Meanwhile, Caroline is left to battle her own grief and deal with Cameron, who has transformed into an angry, bitter man. As war begins, Cameron, a respected maritime lawyer and patriot, boards the CSS Alabama where his fate awaits.

Too Far South tells the story of a Southern Alabama family’s determination to survive the Civil War despite the blockade of Mobile Bay. The anxiety and apprehension of an invasion by the Federal fleet to encounter Confederate Forces in a battle for Mobile Bay, affected all.

Sylvia Thomson has lived in Virginia and North Carolina, but now calls Mobile, Alabama, home. She gathered valuable insight for Too Far South while exploring numerous battlefields, plantations, and points of interest of the Civil War era.