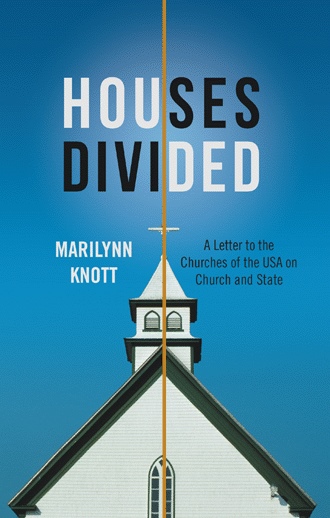 Christians are a house divided or perhaps even houses divided. Yet we are the followers of One who said, ‘I ask not only on behalf of these, but also on behalf of those who will believe in me through their word, that they may all be one. As you, Father, are in me and I am in you, may they also be in us, so that the world may believe that you have sent me.--John 17:20-21

It has been painful to watch over the past 30 or so years what has divided Christians in regard to our government. Highly emotional issues are exacerbated that actually only impact small percentages of the population and are far more complicated than 30 second sound bites can express. Yet they are pelted at us from every turn. When one starts to wear thin a new one crops up: Abortion, homosexuality, guns, immigration, even birth control. I am not suggesting that these are issues to be avoided by churches and I will share some of my thoughts on each later. Here though I want to explore how the single-focused nature of these issues is threatening the very purpose, the very heart, of the Body of Christ engaged in the world today.

While it may not seem to us that the issues Paul wrestled with are as serious as ours, they were. It mattered a great deal to first century Christians whether gentiles needed to be circumcised to be Christians or whether it was all right to eat meat that has been offered to idols. I do believe that had Paul and others not dealt with them, the Christian church would have fallen by the wayside as irrelevant. Is that what we followers of Christ want to happen now?

Twenty-first-century Christians face a host of complex, divisive issues that threaten the unity of the church. In Houses Divided, author Marilynn Knott challenges the members of churches in the United States to put aside their differences and start conversations that can bring them together as the active and functioning Body of Christ in the world today.

Knott connects the struggles facing modern society on social issues with those faced by Christians trying to apply biblical values to modern life. In Houses Divided, she first sketches the basic tenets of Christianity and responds to the tenets as they relate to society. She then provides a discussion of sin and looks at greed in our culture—how it impacts society, and how individuals and the body of Christ are called to turn away from its enticements. She discusses the place and role of government within the United States. Finally, she suggests a continuum of caring that brings entities together to address providing for the common good and explores some of the sticky-wicket issues—abortion, guns, immigration, and homosexuality—that currently divide Christians.

Sharing personal experiences to help illustrate her vision of a more caring world, Knott makes a clear argument for the importance of applying the broad principles of Jesus’s teachings to helping the less fortunate.

Marilynn Knott worked in public human services for thirty-five years, primarily in administration. She then became a commissioned minister in the Christian Church (Disciples of Christ) serving as an assistant minister. She now works with justice ministries and continues writing. Knott lives in Oklahoma City, near her extended family.