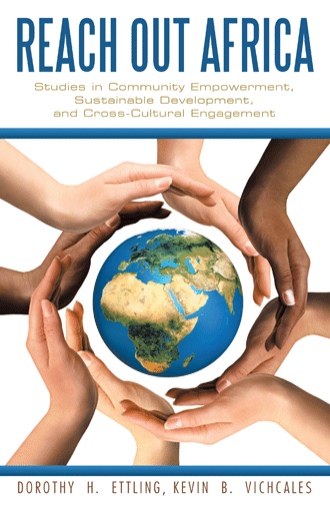 In Africa, AIDS has a woman’s face.

In July 2003, the twelve-passenger plane precariously landed on the dirt runway in Bukoba, Tanzania. As I squeezed out of the small doorway, eight gloriously dressed African women began singing, accompanied by a professional videoing of the arrival. Their excitement stemmed from the prospect that an American researcher was coming to document their relatively obscure home-business activities, as they sought to deal with the effects of poverty and HIV/AIDS in their family and community. This rather dramatic entrance marked the introduction to Women’s Global Connection’s Reach Out Africa project.

Now, seven years later, the original group in Bukoba has grown into Bukoba Women’s Empowerment Association (BUWEA), a registered Community Based Organization with almost 200 women in 42 groups from 20 villages surrounding the Bukoba District. BUWEA manages a commercial farm, a learning center, a savings and credit fund, and a soy production project; oversees numerous micro-loans and micro-businesses; and is addressing community issues of nutrition and water access.

Over 2,000 kilometers to the South, in the neighboring sub-Sahara country of Zambia, another women’s cooperative, MasupaNzila, has spawned from face to face and web-based interaction with the BUWEA women from Tanzania. They have begun their own micro-businesses and commercial rice farm and now are collaborating with their local government to initiate a rice processing factory, the first of its kind developed by women entrepreneurs.

This Chapter introduces the story of our project. It is a collaborative commitment with university faculty and students to cross the boundaries of culture and class and meet their “brother and sister” in need in two African countries and work for transformative change. They understand that global solidarity is more than an academic concept or a wistful dream. They are ordinary persons who believe that their spirituality, whether grounded in Christianity, Judaism, Buddhism or Hinduism, calls them to respond with an open heart and participate in the co-creation of a more just world order. The chapter details the underlying framework and the innovative process developed and implemented by Women’s Global Connection (WGC) to assure that the capacity building efforts in these two countries were collaboratively developed, socially empowering, locally owned and sustainable in the long term. The process confirms the wisdom that indigenous persons know best what they need to improve their lives and their community. It can serve as a guide for other NGOs and organizations desiring to form partnerships in developing countries…..

WGC’s stated purpose of promoting the learning and leadership of women is primarily pursued through capacity building of these local partners. However, defining capacity building in this context is not an easy task. The way the concept of capacity is dealt with in international development is a paradox, according to noted scholar Peter Morgan. He defines it this way.

“Capacity has to do with collective ability, i.e. that combination of attributes that enables a system to perform, deliver value, establish relationships and to renew itself. Or put another way, the abilities that allow systems – individuals, groups, organizations, groups of organizations – to be able to do something with some sort of intention and with some sort of effectiveness and at some sort of scale over time.” Morgan continues to note, “Capacity is an emergent property that evolves partly through the pushes and pulls of contextual factors including global economic trends, national governance, the legacy of regional history and many others.” Therefore, one must envision any single intervention or series of interventions designed to build the capacity of local partners as part of a larger system of factors that weave the tapestry of their lives. “Development is not linear and predictable… [therefore], we can never know quite what will flow out of a development intervention.”

A more recent framework for capacity development leading to social change, proposed by authors Ortiz-Aragon and Ortiz-Aragon & Giles Macedo, advances the concept of complexity into the theory of purposeful capacity development. Building upon the work of complexity theorists (Guijt; Britton; Reeler; Eyben, Kidder, Rowlands & Bronstein), Ortiz argues that it is vital to approach capacity development from a systems perspective. One must understand and take into account the many factors affecting the capacity of individuals and organizations to make change, “e.g. policies, internal and external power structures, culture, weather and other visible and invisible factors that push and pull” upon personal and organizational life. The capacity building has a much better chance of contributing in a meaningful way when they are coherent with the desires, hopes and concrete intentions of all the key stakeholders.

WGC has attempted to adhere to this perspective in its capacity building activities. From its initiation, WGC has held to three foundational principles in its engagement in cross-cultural education and research. They provide the basis for the WGC process of building capacity.

 Local ownership assures that women, in particular, gain access to resources, claim their power and shape their own lives. In country participants are expected to be active partners in planning and implementing activities that are culturally sensitive.

 Social empowerment requires that participants are able to replicate the capacity building activity with others.

 Sustainability insists that each of the initiated projects can be viable and sustainable into the future without WGC presence. Emphasis is put on developing local and national networks that strengthen the project’s long-term survival.

Focusing on these principles has been challenging at times, but has offered a significant standpoint for WGC. The collaboration in Bukoba and Mongu has taught us some hard lessons, especially in reference to sustainability. Subsequent chapters will illuminate these lessons in much more detail. But suffice it to say here, that the initial intuition regarding timeframes for successful project implementation has been strongly confirmed. The original commitment of five years to build truly collaborative and self-sustaining projects was on target. With experience, this time may be shortened in future endeavors. Yet, it seems foolhardy to believe that one can build credibility, enlist trust, strengthen capacity, and insure the infrastructure for a larger scale community project in a short time period. Crisis intervention has its place and is a very worthy and often necessary response. From the outset, Women’s Global Connection viewed its mission as promoting longer term transformative change with women’s groups rather than responding to immediate crises. Research has shown that projects designed to strengthen development of women rather than respond to a crisis situation must take into account the many factors that influence a woman’s economic wealth and human well-being—productive and reproductive, paid and unpaid, formal and informal. Giles Bolton, a veteran African diplomat, has described the difference between relief and development this way.

“In consumer language, [development] is a bit like making an investment rather than an immediate purchase…[It’s a] much better value if it works because it gives poor people control over their own lives and enables them better t

This guidebook is a collection of stories of African development projects that have transformed the lives of individuals and communities through collaborative partnerships.

Through the study of these successful collaborations, readers will learn to:

• Engage in capacity-building for collective problem-solving at the community level.

• Maximize volunteer skills and match them to community needs.

The Women’s Global Connection (WGC; www.womensglobalconnection.org) embarked on this journey of cross-cultural engagement and capacity-building with one intention, grounded on three pillars:

• Social empowerment required that each of our endeavors resulted in the local community’s capacity to share the knowledge and replicate the training that was offered.

• The promise of sustainability curbed our efforts to engage only in projects that held the hope of long-term sustainability by the community itself.

Years of collaboration among the women’s cooperatives, WGC, a private Catholic university, and countless volunteers has demonstrated the unbounded potential of reaching across boundaries and barriers to build a more responsible sense of global citizenship in today’s inequitable world society.

Kevin B. Vichcales, PhD, Dean of the School of Graduate Studies and Research at the University of the Incarnate Word in San Antonio, Texas, is an active historian with wide-ranging interests and the author of numerous scholarly works.