A Gift of Love 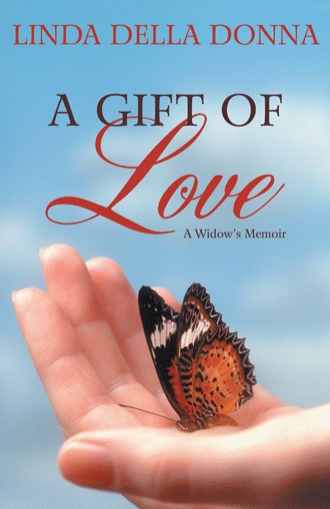 If you stand on the steps of the Peninsula Hotel in Hong Kong, you can see the sun rise over Central. Across murky water, through a misty harbor haze, and pressed into the mountainside, is a sea of skyscrapers the colors of coal, wheat and cinnamon. Each January, my husband, Edward Louis Sclier, traveled to Hong Kong to attend the annual toy fair held there. Lucky me, as his wife, I got to tag along. For more than seven years, each January 1st, for 18-28 days, home was a tony suite at The Royal Garden Hotel in Kowloon. While Ed labored tirelessly in a stuffy hotel room meeting vendors from all over the world plying his trade of giant Teddy bears, porcelain dolls, stuffed tigers, multi-colored caterpillars and child-sized rag dolls for Goffa International, I was free to explore cobble stone streets, meet side walk vendors, eat noodle soup, shop ‘til I dropped, and bond with my favorite city in the world. One day as I stood on the steps of the Peninsula Hotel gazing into the panoramic view of Central, I swore I heard voices saying someone would die. At the time, I was ill and thought the voices meant me.

Later when I returned to my hotel, I told my husband about the voices, and what the voices said. I told him the message frightened me.

He said, “You have some imagination, Linda. You should write a book.”

Then finally this big yellow bus came around the corner.

And the brakes screeched very loud. And I had to cover my ears.

It is Monday, May 3, 2004. The sky is gray as an elephant's ear and I am sitting numbly in a funeral parlor mourning the death of my husband. On the long list of Ugly, this moment rockets to the top. My son, George, and his girlfriend, Colleen, sit on either side of me. I am surrounded by rows of people dressed in black. All color has vanished from my world. It is as if a light burning brightly simply turned off and I want desperately to turn it back on, be someplace else, any place else, and wake up to find this moment a terrible horrible giant mistake.

The scent of gladioli, roses and carnations fills the air. George rises and walks to the center of the room. Extending his right hand, he places it firmly on my husband’s casket, bows his head, and pauses. He turns, steps to the podium, and faces the sea of inky mourners. The only sound I hear is the thump-thump beat of my heart and a thudding hush. My eyes fix on the blanket of roses spread out before me and through the misty yellow haze the sound of George’s voice fades in, fades out, and echoes my brain.

Ed was my father when my real father was not there for me. I love Ed. He was tough on me. But he did it because he wanted me to be a better man.

My mother has asked me to say a few words for her. She wants you to know that she is forever indebted to Ed for his love. She says that his love made her feel special for 16 years. She wishes she could have had 16 times 16 years more with the man who accepted her, loved her despite her lumps and bumps, and lovingly helped raise her son, me.

He taught her a sense for business. At least he tried to. She admits she wishes she had been a better student.

My mother is proud to call herself Mrs. Edward Louis Sclier and she will cherish his memory and love all the days of her life.

Like two chips in a cookie, Linda and Ed Sclier were rolling happily along in their marriage—only to have everything come undone when Ed was diagnosed with cancer. Less than a year later, he died, turning Linda’s world upside down. In A Gift of Love, she narrates her grief journey, shares the highlights of the wonderful man she fell in love with and married, describes the love they shared, and tells about the woman she has become since her soul mate died.

While tracing a golden thread of treasured memories, A Gift of Love shares the struggles of a dying man, his untimely death, and his widow’s deepest sorrows. Telling the story of their lives and her sorrow with grace and honesty, Linda gives a step-by-step accounting of love, loss, and the celebration of her soul mate’s end, while marking her new beginning.

More than fulfilling the promise she made to her husband on his deathbed to write his story, this memoir teaches life’s valuable lesson: when you lose a spouse, life goes on—and love does live forever. Most of all, it acts as a reminder that though life can change suddenly, each one of us possesses the power to decide to accept the unthinkable.

Linda Della Donna is a freelance writer and photographer. Her work has appeared in Westchester Parenting and the Journal News. She lives in New York with her pretend kitty, Tux.