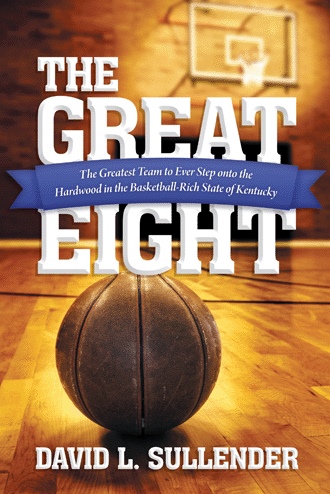 There I was the skinny little white boy sporting the new converse high tops and the green and gold knee high socks which believe it or not were the fashion in the early 1980’s. I was guarding our opponent’s (Holy Church) point guard who was dribbling the ball up the floor towards their basket. As I forced the guard towards the side line, I positioned myself to intercept any pass he might attempt and he did just that. I took off like a rocket towards the ball, intercepted his pass then ran the length of the floor for an uncontested layup. Their coach called a timeout. It was per pandemonium! The gym went crazy with our fans yelling from their seats, our bench players and coaches loudly and enthusiastically congratulating our hard play as the opposing coach proceeded to scream at his players for their sloppy effort.

It wasn’t a typical Friday night basketball game with the smell of wood, sweat and leather that we players came to love. We had just taken the lead on the best team in our region. No one ever imagined that we could play with this team let alone beat them. And here we were with 2:00 minutes left in the game, poised to do just that. This was going to be the biggest upset of our 1984 basketball season. The officials ended the time out, instructed the players back to the floor, handed Holy Church the ball and the game resumed. That is when it all fell apart….

I never saw the guard go by me but I could literally see the flames coming off his shoes as he drove to the basket as if I wasn’t even there. They scored. The lead went back and forth for the next minute or so. Holy Church then decided to foul us every single time we touched the ball. Their coach wanted to put us on the foul line and test our ability to shoot free throws for the remainder of the game. He was betting that we would miss our free throws- which would allow his team a chance to get the ball and score. He was correct.

We missed shot after shot as they scored basket after basket. I must have gone to the foul line 4 times in the final minute only to see my shots sail off to the left or right. And just like that my hopes, dreams and visions (as well as my basketball career) sailed away as the final buzzer went off on the game as well as any hopes of a huge upset. Holy Church won the game.

Like most kids growing up in the state of Kentucky, basketball was the king sport and the one sports season that I truly looked forward to year after year. Everyone plays the game in this state. You can always find a pickup game at most schools, churches, play grounds or just about anywhere where there is a ball and a basket to shoot it in. If we weren’t playing the game, we were watching it on television or listening to it on the radio or talking about it in our groups. Basketball is the right of passage in the state of Kentucky and when the season began, nothing else was planned for those two game nights each week.

So losing to Holy Church when we literally had the game won was another shot in the stomach of what was a very long and unsuccessful season. We really thought we would be unbeatable this year with 5 athletic and experienced players returning for their senior season. We were wrong. We only won 4 games that entire season. We were undoubtedly one of the worse basketball teams to play in our school’s history. It was embarrassing, sickening, disheartening and exhausting week after week to lose to opponent after opponent. The worse part of that season was walking off the floor after yet another defeat and to catch the eyes of those who donned the uniform seasons before us. You could see the confused and angry disbelief in their eyes as we exited the floor towards the locker room.

Topping that was seeing my twin brother exiting the stands disappointed as always in our efforts on the floor. That was probably the worst part of losing for me because I often needed his support and approval especially in basketball. We were surviving a divorce of our parents which consisted of a stepfather who never really cared about us anyway and a mother who decided to disappear my entire senior year leaving my twin and I to care for our younger brother. Understandably so then, those games became a way out for me and my brother. He and often my uncle would attend the games in support of me. Interestingly I always felt that my twin was a much better player than I but he had just lost interest after his junior year. Even to this very day, some 30 years late, he still has one of the most pure, fundamentally perfect and pretty shots I have ever seen on any player. His form was perfect with his shooting arm extended hand pointing to the basket often resulting in two points. So with he being such a good player and competitor meant another loss for me was another loss for him as well.

So not only was the defeat in our season ending tournament the proverbial final nail in the coffin, it was also the end of my career in basketball as I had come to know it. There was no way I could have known that the experience of my senior year basketball and life afterwards, would help prepare me for meeting and playing with the great eight and one of the best teams to ever play in the great state of Kentucky.

You see greatness comes in many forms and fashion these days and people are often considered “great” too easily in my opinion. But then again not many people have experienced greatness as I have. So when I witnessed something great (and no I’m not talking about NCAA championship or High School state title great) but greatness that was the result of hard work, dedication, respect, trust and love, I was impelled to write this book. Not only to share the experience but to pay tribute to those young men who gave me one of the greatest treasures of my life. It came in the form of (27.5), (8.6), (4) and (eight). These numbers are significant and will be explained later in this book.

Like most kids growing up in the state of Kentucky, David Sullender loved to play basketball. Years later, as he entered a small gym in eastern Kentucky to watch his fiancée’s nephew, Rocky, play the game, old feelings instigated by the smell of the gym and the cheers of the fans began to return, taking him back to the days when the ball in his hands was a panacea for all his problems. As he sat in the stands and watched the chaos on the court, he had no idea that he would soon volunteer to take on the mission of transforming Rocky’s team into becoming the Great Eight—one of the greatest teams to ever step onto the Kentucky hardwood.

As basketball season loomed around the corner, Sullender was recruited to coach eight special boys from very different backgrounds to achieve what he hoped would be success on the court. As the team journeyed through their first season and learned how to play, laugh, and respect each other, Coach Sully shares how they eventually came together as a team and influenced him in more ways than he ever imagined.

The Great Eight is the true story of one man’s transformation as he mentors a youth basketball team through their first season and helps transform eight boys into mighty basketball warriors.

David L. Sullender manages a sales team for a steel company out of West Virginia and continues to coach youth basketball. After residing in Nashville, Tennessee, for more than twenty-five years, he now calls Kentucky home.