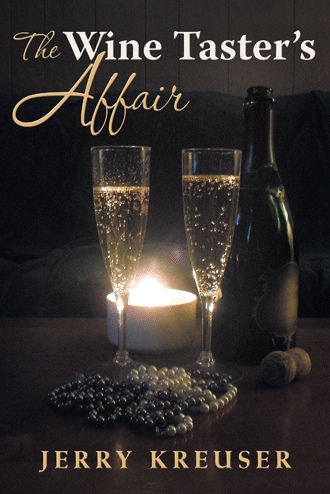 Like most love affairs, the one between us started hot and just got hotter. Then one day, like most people who have been married awhile, I woke up and found the smoking hot love affair had slipped into a pretty cold rut. Work, school, church, little league, remodeling projects, extended family, and suddenly two people who had started out their relationship having sex five times a night, were having trouble making time for each other at all. Christmas, our anniversary, and my birthday were pretty much guaranteed winners, but a regular old Saturday night? Only if the kid was out of the house and there was plenty of wine.

Then something amazing happened. Brandy and I had been married about fifteen years, and I’m standing in the kitchen making a pot of pot of coffee when she comes in and starts to give me grief about something related to our lack of money. I’m getting hot. Voices and tempers are rising. She made her point and as I’m taking a deep breath, getting ready to unload with the ultimate retort, Brandy pulled up her shirt and bra and shook her boobs at me. I was stunned. I hadn’t seen Brandy’s boobs in the daylight for months. But her boobs? In the daylight? In the kitchen? Well that had been years! I got an instant erection and forgot not only what I was going to say, but also what we had been fighting about.

We couldn’t stop laughing. What the hell were we doing? We loved each other and yet we were willing to say hurtful things over some stupid argument. Neither of us would have remembered what we were fighting about next week, let alone in our old age.

We needed something to take the financial pressure off of us, so I decided to try and write a book. It would be fun and, hopefully, make a little money to help make life easier. Perhaps we could afford to go to that all-inclusive resort in Mexico my friend was telling me about. What I found though, was no story I could make up was as interesting or exciting as the one we had lived. What I also found was that while the minutiae of everyday life had not caused me to forget the details of the past, I had swept many of these memories aside. Writing them down was good therapy. Simply bringing the good times back to the front of my mind changed me. And it changed us.

Brandy wanted to know just what in the hell was going on? Why was I opening the car door for her again? Why was I buying flowers? Why was I unloading the dishwasher without being asked? Why was the laundry already done? When did I remember I knew how to cook a dinner? Why was I always touching her and holding her hand? And why was I kissing her all the time? Why was I always ready for sex again and not getting mad when she said ‘No!’? She decided one of two things had happened. 1)Either I had done something truly terrible that I was feeling guilty about: an affair, a gambling debt, a job loss, and I was trying to butter her up before I told her; or 2) that I’d found out I was dying. Well she was right about the first part! I had done something horrible! I had allowed a bunch of meaningless crap to sidetrack me and the love, affection, and passion she had awakened in me years before.

When I told Brandy about the book she was both relieved and angry. She was relieved because she thought all the time I was spending in front of the computer I had been looking at porn (Well, not all of it!) But she hated the idea of the book. She decided she would rather die poor, than have her private life aired in public. This is why all the times, places, and names have been changed. Some of the characters in the book are composites, simply because to do otherwise would mean the reader would need a scorecard to keep track of them all. This was done not only to protect the innocent, but also the guilty.

This couple, Brandy and Jerry are real. They were born and raised in conservative homes in the mid-west, where stuff like this ‘just doesn’t happen’. Some parts of every book have to be made up. That is the stuff you will find boring. Most of the parts that you will find truly unbelievable are one hundred percent true.

There are sections in the book labeled ‘The Miracle’ part one and two. If you can read this part of the story, every word of which is true, and not believe that the meeting of Jerry and Brandy was brought about by a divine intervention, then I really do feel sorry for you. That being said, it would be wrong not to mention my gratefulness to a loving God who brought two broken and unhappy people together and created something far better and more valuable than the sum of the two parts.

Hope you enjoy reading this story as much as I enjoyed living it.

Jerry was awake but wished he wasn’t. His head was spinning. The kind of spinning where holding still doesn’t help much, but moving definitely makes it worse. He was wondering how he managed to get in this condition, again. Especially after promising himself it wouldn’t happen, again. As he lay still, wishing he didn’t have to pee so badly, he became aware of another sound, a familiar, buzzing sound. Oh yeah, his phone. Clearing his throat and wishing the plastic bottle of water on his nightstand wasn’t so far away he reached for the phone still in his pants pocket. Crap. He was still dressed, another bad sign.

Years ago when Jerry was young his neighbor was a Doctor. Once when he was visiting at the doctor’s house with his parents the doctor’s phone rang. The man had walked to the phone had taken a deep breath and answered: “This is Doctor Conray.” This has made an impression on young Jerry. His parents answered the phone by saying ‘Hello.’ Obviously this is what losers did. Important people identified themselves upon answering. Jerry wasn’t important and never had been, but God damn it he knew how to answer a phone.

“This is Jerry Kreuser”.

A soft feminine voiced on the other end asked “Is this the wine taster?” The ‘Wine Taster’? What the hell is she talking about? Wrong number of course, but women didn’t call Jerry often enough that he was going to just hang up. “I’m in a meeting at the moment. If you’ll give me your number I’ll call you back in about 15 minutes.” Her number was already in his cell phone’s caller ID, he had a house phone too, but rarely used it. But asking for her number sounded professional, and made her feel like he was important, so he did it. He repeated the number she gave him, and hung up. He looked around his bedroom and as it was spinning faster, decided to stagger to the bathroom before things got messy.

As he sat on the toilet with his head in the waste can between his knees, he had two questions running through his brain. Number one, should he make himself vomit and get instant relief, and number two, what the hell did I do last night? Throwing up was high on Jerry’s list of un-fun things to do, and he decided not to force it. Besides, the gut churning was his self-induced penance and punishment for over doing it, again. Maybe the memory of the gut wrench would help slow him down next time. Doubtful.

As to last night, he remembered it starting off well enough. He had found another bank card company idiotic enough to offer him a credit line and had decided to treat himself to a nice dinner. He’d walked to the tavern down the street for a steak and a scotch or two.

Walked. Thank God. That meant he didn’t have to worry about having driven while he was lit up. Life was tough enough without worrying about a DUI or having killed someone and not even knowing it.

Jerry is an average-Joe with average-Joe problems. His wife divorced him, his boss hates him, he drinks too much, his credit cards are maxed out, and his dog needs expensive surgery. He’s on a ledge without a net.

On the other hand, there is nothing ‘average’ about Brandy. She is way above average. A small-town girl, sweet and naïve, her beauty leads her to become caught up in a tangled web of abuse, lies, sex, and deception. For Brandy, it’s not ‘if’ she makes a mistake—it’s ‘when.’ And when she does, the life she’s been living, her precarious balancing act, is going to come crashing down around her.

Jerry and Brandy deserve better than they have been getting, and each one is praying for a break to come their way. Both of them are broken-hearted and desperate, feeling alone even when with family and friends. Their self-imposed isolation drives them to look for a way out—any way out.

When Jerry and Brandy meet in the most unlikely of ways, the sparks (and clothes) fly. However, their lusty attraction quickly grows into something more meaningful. Jerry helps Brandy escape from a violent husband and a manipulative lover. In return, Brandy ends up rescuing Jerry from himself.

Jerry Kreuser is a husband and father who put his nose to the grindstone and worked hard his whole life to support his family. His reward? He’s now older and poorer. Jerry has sold booze, hardware, insurance, and firearms (he thinks of them as a different type of insurance). He’s worked in heavy industry operating forklifts and overhead cranes. He’s been a ‘corporate suit’ and a damn good bartender. Jerry is an average Joe in every way except one: he’s an ‘above average’ storyteller.