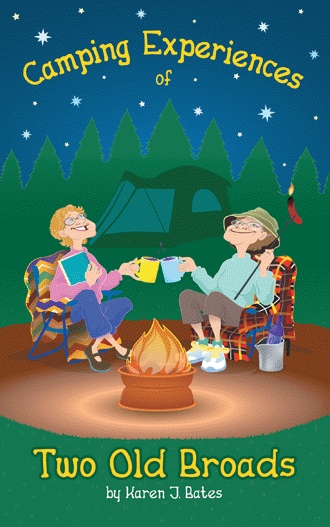 The next day, the ladies toured one of the bathhouses. The pink Italian marble and beautiful mosaic tiles made up the architecture of the bathhouse. It was quite a site to see the Hydrotherapy Room and Bath Halls that were used during that era. Of course, Marie had to veer off from the guided tour and go exploring on her own. She was relieved not to find security stopping her so she went down into the basement and saw some of the private bathing areas probably used by the help of that era. Just as she was about to go back upstairs, another group of tourists were coming down the stairs. She decided to go another route and finally found Jane waiting patiently outside of the building.

“Why do you like to wander off from the tour, Marie?”

“I can learn a lot more on my own when I wander off.”

“So you’re telling me that you know more than the tour guides???”

“No, but I seem to find more interesting things than what the guides show us.”

“So ends this discussion. Let’s get back to our campsite.”

On the way back, Jane’s cell phone rang and it was Nick. He was at his home in Florida and reminiscing of when they first met. “I miss you, Jane. When can we get together again? “

“As I recall, we’ll be meeting at the Ritz Carlton in Cleveland.”

“We’re presently in Arkansas and heading for Franklin, Tennessee. Ever been there?”

“No, but it sounds wonderful.”

“Well, Nick. I don’t think they have any fancy hotels in Franklin, Tennessee.”

“What type of person do you think I am? I don’t have to stay at five star hotels.”

“Sorry. Would you consider staying in our rig for one night? You would have to sleep on a board converted from the kitchen table and in a sleeping bag.”

“Now that sounds more to my liking. Anything to be near you.”

“I think it’s getting deep in here!”

As Jane was chatting with Nick, Marie’s cell phone rang and it was Vince. Marie said, “I was just thinking about you and wondering if you were up in your hot air balloon.”

“Actually, I went up today and it reminded me of our first time together.”

“I can’t wait to be up in that thing again. It was so much fun.”

“Well, we’re having a race in a few weeks and I would love to have you join me. Keep me updated and then I’ll check on flights. That won’t be necessary. I’ll just have my private jet at Burke Lakefront to pick you up.”

Once the ladies finished their respective conversations, they filled each other in as to what was happening. “We are sinking deeper and deeper, aren’t we, Marie?”

That evening, Jane remembered seeing a brochure about a museum that was once one of the most celebrated Bordellos in the southwest. They visited it the following day and were greeted by volunteers who were dressed in the garb of that time. They asked Jane and Marie if they would like to reenact one of the events. Marie was excited about appearing on stage but Jane was a little more pensive. Marie said, “Jane, this’ll be so much fun. We’ve been doing so much traveling and this is something completely different than what we’ve been encountering. Let’s do it.”

Jane asked the volunteers how many lines they would need to remember, how many days involved, when would they perform, and would they be paid. One volunteer responded, “It’s only one night, no pay, the performance is tomorrow night, and you would have only 4-5 lines to memorize.” Jane finally agreed. They were given their scripts and off they went back to their campsite to rehearse.

The night of the event, the ladies were given their costumes and then Jane looked out in the audience. She about had a heart attack. “Marie, there are about 500 people out there. I forgot to ask how big of a crowd there would be. I’m getting stage fright!” Marie calmed her down. She then went to the volunteers and explained about Jane’s stage fright. “How about I do Jane’s lines and let her pretend that she has hay fever. Every time she goes to say her lines, she starts sneezing. I can then say her lines.” The volunteers thought that was a great idea as it changed the plot from the same old stuff they had been doing. In fact, at the end of the play, the audience stood up clapping and cheering. That had never happened before.

The owner of the museum was so pleased that he came to the ladies dressing room and asked if they would consider performing for the rest of the season. “I would be glad to pay you.”

Marie said, “We’re honored with your offer but we’re traveling across the country and don’t want to be restricted for any length of time. It was really fun and we can’t thank you enough for the opportunity.”

Once they were back in the truck, Marie said, “Now that was an awesome experience.”

“I was very nervous and getting stage fright but have to admit that it was lots of fun. I don’t think many campers have experienced such an event. This one will really go down in our memory banks.”

Once, there were two interesting women who led separate lives … until fate decided it had other plans for them. Marie, who is single, lives in an apartment in the city and is a social worker. Jane is divorced and a mother of two; she lives in a home in the suburbs and works in real estate.

When they happen to meet at a conference, they bond on the spot. A casual invitation to go tent camping turns into the start of a beautiful relationship—and the seed of an epic, four-year adventure in which they will explore the United States in an RV.

Along the way, the ladies find themselves in some sticky situations. They find love and lust in unexpected places. They find themselves floating high above Albuquerque, New Mexico, in a hot-air balloon. They somehow wind up trapped in a den of foxes. And then they witness an abusive relationship that ends in murder …

The two friends soon learn that life in an RV is much different than they expected. But through it all, they are carried forward on a wave of fun, friendship, and excitement. What will they get into next?

Karen J. Bates is a retired commercial property manager. Over the course of a life-changing four-year adventure, she and her friend Susan M. Deppisch visited forty-two American states and traveled thirty-five thousand miles. She relied on her trip journals as inspiration for this work of fiction. She currently lives in Ohio.