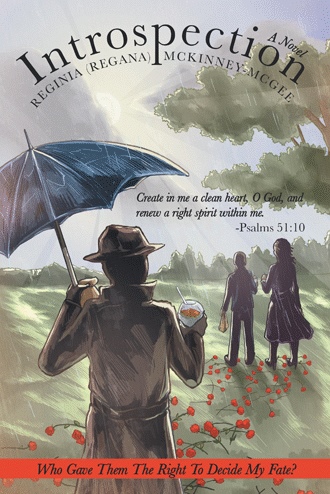 It just hurts sometimes. No, who am I kidding? The pain is so strong; otherwise, I would not be doing this. Why am I doing this? The pain is just too much. It’s a beautiful night. I wonder if those people really know what’s going on. Do people really care? I was pure. I wasn’t perfect, but I was pure. I just wanted to do what was right. I tried to live up to everybody’s expectations, even my own. I just wanted to do what everybody else was doing: live, serve the Lord, be married, have a family, kids. If I were to stay at home, that would have been fine. If I were to work, that also would have been fine. All that has been taken from me. Yeah, yeah, I got my career. It doesn’t mean a thing when you are so stripped. My body has been stripped. Who do I go to? I was crazy about Slurpees. If I just didn’t have to have that Slurpee. That cold, refreshing taste cost me and I still crave that stuff. Oh, wow. If I could just take it all back, but I can’t, it’s too painful. It just hurts sometimes. The memories. Who do I tell? So, I acted it out. Yes, I did. The first one, I didn’t think anything of it, at least not at first. The first one was at a club. I was minding my own business. He wouldn’t leave me alone. He just kept coming up to me, talking to me, saying he knew me. That was because he was a pro-basketball player and he thought he owned the world. Women thought he was cute, but I didn’t. I thought he was sickening, disgusting. The smell of alcohol reeked all over him. God, I wish I could just slap that man! I could just taste the alcohol as he spoke. The little pellets of spit dripped from his mouth. His teeth, cigarette stained. How disgusting! He was a pro-basketball player. People worshipped him as if he was a god; 6’9. I wish this man would just leave me alone. I am definitely not interested.

All of these other women, yes, they like him. They care for him, but not me. There is nothing appealing about him. I wish he would just leave me alone. His name was LaDontae, at least that’s what he told me. Like I really cared. He told me he was a center, leading re-bounder, voted most VP, VIP, MVP, whatever that meant. At the time, I could care less. He made it a point to show off his rings. He had two of them. That didn’t impress me at all. Really, I could care less. He’s disgusting. All I wanted to do was run because he was rubbing on me, touching me. He kept feeling my hair, caressing it, telling me how pretty I was. I felt like a rag doll. I couldn’t stand the touch. As he kept getting closer and closer on me, I could feel the hardness of him as he was rubbing up and down and back and forth on my leg. I just wanted to grab his penis and yank it out of its socket. Who am I? Who am I? Who am I? He kept persisting that I dance with him, so I finally got up after a long period of trying to ignore him. He was just on me. His tall legs towered me. Each time he would go up and down, I could still feel the hardness in his pants. He wanted me to feel it. I knew what he wanted. Knowing my situation, this is not something I wanted to do to anybody, but he kept on. He pulled me closer and closer and this was a fast song. I knew I was in trouble if a slow song came on. So I danced and I danced. Finally, the DJ did it to me. He played that slow song. He pulled me closer. All I was looking at was his chest. It didn’t even feel real. Heck, I didn’t even feel real. I just wanted to go home. Why was I even here? What led me here? What caused me to be here? The smell of alcohol, the stench of everything, the loud noise, the muttering sounds, people pretending to be happy when deep down inside they were lost, unhappy, trying to fulfill happiness through drugs, alcohol and sex. Oh, why was I here? Was I one of them?

As the song came to a halt and they made that last call for alcohol, I was truly relieved. I’m getting out of this place and going to my hotel room. He just would not leave me alone. He offered to take me to my hotel, but I didn’t trust him. So he gave me his card and the name of the hotel that he was staying at. He walked me to the cab and bided me farewell. He took my hand and kissed it. I got in the cab and drove off. I turned around and he was still standing there, 6’9”, towering like a streetlight, just grinning. I sunk back into the seat of the cab, just thinking. I said what the heck. Okay, I’m going to do this. I don’t have anything to lose. So I had the driver drive around for an hour and a half and then had him take me to his hotel. I got out, paid the driver and took the elevator to his room.

My heart was pounding. As I got closer and closer to the floor, my heart just pattered, pattered, pitter-patter. I must say I was nervous. My palms were sweaty. I knew I shouldn’t be doing this. I went ahead and knocked on the door. There he was standing there, just in his shorts. I didn’t find anything sexually attractive about this man. There was nothing appealing. If anything, I felt him appalling. He grabbed my hand, led me to the chair. I was asking him questions about himself. He told me he was 26 years old. He had a fiancée, wasn’t sure if he loved her or not, but he loved women. He was going to sow his oats and enjoy his life until he tied the knot. “Man, you are just so conceited!” “I’m not conceited lady. Conceitedness is a fault and I have none. I’m not conceited, I’m convinced. I cannot be denied.” “Holler! Hmmm, you will be.” “What do you mean I will be?” “Hmmm, you will be denied. Conceitedness is a fault and you have none? We’ll see about that.” “Excuse me? What do you mean by that?” “Oh nothing, we’ll just see about that. Holler!” “Why do you say holler?” “Just holler!” Whatever happened in this room, there were no strings attached which was fine with me. Conceited jerk. The last thing I needed was a string tied to me, especially him; I have too many that I’m trying to get rid of already. He talked about his future goals. I sat there and listened very intensely wondering how long it would take him to reach and if he would reach. He lifted me up to put me on the bed. He pulled my clothes off and proceeded to make love to me. At least that’s what he called making love. It was nothing. I would have preferred to curl up with a nice cold Slurpee. What’s happening? My mind just hurts sometimes. I want the hurt to go away. He was a nice size to be 6’9, but that didn’t faze me at all. After he got through, he rolled over.

He finally asked me what my name was. “It’s Denise.” “But, I thought you told me it was Tammy?!” “No, it’s Denise.” I asked him, “How did it feel?” He said he enjoyed it. I asked him if he ever hurts or if he’s ever been hurt and what he thinks about the word hurt? He said he usually does the hurting. He can’t say he’s really been hurt. He’s been protected from the hurt. I asked him if he has ever been hurt. He said, “No, not that I can remember.”

As he got up to go to the bathroom, I asked, “Why do this?” and he said, “I don’t know.” He went in the bathroom and closed the door. I jumped up, grabbed his wallet, his driver’s license, looking for a social security card, I guess. Why I was looking for that I don’t know. I guess I had a reason at the time, but I took his driver’s license and waited for him to come out. When he came out I told him I must leave. He told me it was good. I told him that one day we would meet again. I got dressed and closed the door behind me. What I was going through, it’s just something in my mind. How could any person go through something like this? I can’t blame God.

Gina Phillips is hiding her pain. While her work takes her all over the world, she attempts to follow God’s laws and love her family. Even so, she is battling internal demons that have caused her to push her dreams aside and live a lie. The truth is that no one really knows her.

Gina has taken it upon herself to dispense justice in her own way. As she meets one man after the other, she feels nothing as she sleeps with them, steals their identification, and leaves them with something that will change their lives forever. No one knows what she is taking or giving to the unsuspecting men—except God. But even as Gina continues down a dark path lined with deceit, a piece of her soul seeks deliverance from the hidden secrets that have left her ashamed, alone in her pain, and without peace. Now only time will tell if her secret will ever be exposed.

Introspection is the poignant story of a struggle between morality and retribution as a woman with deep secrets embarks on a life-changing journey to seek justice from unwary souls.

Reginia (Regana) McKinney-McGee is the founder of a foster family agency and publisher of several magazines. She lives with her husband in Fresno, California, where she enjoys serving God, spending time with her three children, granddaughter, and pursuing several hobbies, such as riding motorcycles and scuba diving.