Your Port in the Storm 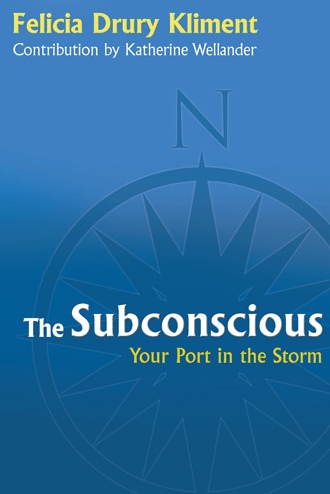 Written records of the belief in the subconscious date as far back as the Hellenistic Era (346-146 B.C.) in ancient Greece. Philosophers who lived during this Golden Age of Greek history believed that the wisdom of the hidden mind was far greater than that of the conscious mind. Socrates called it his shadow. He spoke so freely and openly to the Athenian public of his conversations with it that he was charged by the government with corrupting the young men who came to listen to him. His true offense: He had put more faith in this mysterious being inside himself than in the gods of Athens. For this he received a death sentence. 2

Plato, who carried on the teachings of Socrates after his death, had a more detached view of the subconscious. He stated, “There are in a man true opinions concerning that which he does not know consciously.” 3

Like Socrates, Plato believed that knowledge is inborn rather than implanted in the mind after birth. He and many great philosophers across time thought of the subconscious mind as a micro-universe, containing all knowledge of human history and the physical world in which it was played out, and he challenged his students with questions to bring their attention to this knowledge.

The ancient Greeks are just one of the many cultures in history that believed in the subconscious. The edition of the Talmud that came out in 300 A.D. 4 took the existence of the subconscious for granted, describing it thus, “Unlike the ideas of the conscious mind, intuitive ideas are realistic and fair-minded.” In Europe, the existence of the subconscious—along with belief in the supernatural—was taken for granted until the first century A.D. when Christian missionaries began making their way into Western Europe. To convert the pagans to Christianity, missionaries called their belief in the subconscious—as well as the supernatural—“inspirations of the devil.” In large part because of this accusation, by the fifth century A.D. Christianity had triumphed over paganism. Still, it was not until the scientific revolution in the 17th century—with the invention of calculus and mechanics and advances in astronomy, optics, and geometry—that belief in the subconscious came close to extinction. In an age when the Holy Mantra was “only what can be seen, heard, touched, or smelled exists,” the subconscious seemed too nebulous and intangible to be taken seriously. There was, however, one French philosopher and mathematician who stood against the prevailing skepticism. Rene Descartes wrote, “Intuitive knowledge is more dependable than any other. All men are born with a residuum of it, though only the most reflective recognize its full potentiality.” 5

In the mid-nineteenth century, Martin Charcot (1825-1893), a French neurobiologist and the teacher of Sigmund Freud, scientifically proved the existence of the subconscious. He conducted an experiment in which he hypnotized his subjects, thereby enabling them to follow the commands of their subconscious minds. 6 The publicity resulting from this experiment elicited a host of theories on the subconscious.

Only one theory, however, caught fire—to wit, that certain subconscious memories are the underlying cause of neurosis, and that when brought to patients’ awareness, caused their neurotic symptoms to lessen or vanish altogether. Sigmund Freud and Carl Gustave Jung based their psychiatric practices on this theory, but each branched off with his own interpretations. Freud attributed mental disturbances to the traumatizing experiences suffered during childhood. He used free association—questions and answers—to trigger memories of those painful experiences, which he claimed resulted in a cure. Jung, on the other hand, attributed his patients’ mental problems to their unawareness of their ancestral and historical past which he brought to their attention by analyzing their dreams. Neither Freud nor Jung, however, did any research on how the subconscious could be used to enhance the lives of people unfettered by mental handicaps. The following chapter describes experiments carried out in the 21st century that have begun to make inroads into this neglected function of the subconscious.

Part 1 Subconscious 101: How It Works and How to Connect with It

Chapter 1. Your Hidden Well of Wisdom

“The subconscious puts man so inclined in touch with the whole universe--as he sees it.” Aldous Huxley, Chrome Yellow

In the mid-20th century psychologists began using humans in laboratory experiments. Dr. George A. Miller, a cognitive psychologist, set up a lab experiment in which he used men and women to prove that the short-term memory of the human could recall no more than seven new things at a time. 7 This study helped pave the way for the use of human subjects in studies on the subconscious.

Ideas and Skills Already Within You

Contrary to the claims of modern science, studies on the subconscious are showing that many of our ideas and even some of our skills are not learned, but inborn. When composer/balladeer Leonard Cohen crooned, “I’ve had choices since the day I was born. There were voices that told me right from wrong,” it is doubtful that he realized how true his words were 8. In the book “Moral Minds,” 9 author and Harvard biologist Marc D. Hauser, maintains that our capacity to make instant moral judgments in life-or-death situations is a subconscious behavioral trait and is thus a part of us “since the day we were born.” Furthermore, he contends that the Church is “just a social enforcer of instinctive moral behavior…that it doesn’t teach correct behavior from scratch.”

Life is a constant process of growth: evaluating what you’ve done, noting your mistakes, making the necessary adjustments, reevaluating, and starting all over again. Throughout this cycle, the “person” that can help you out the most is within you—your subconscious. In The Subconscious, author Felicia Drury Kliment brings to light the undiscovered aspects of the subconscious, considering why its judgment is wiser than that of the conscious mind and under what circumstances the subconscious is most likely to transmit its advice.

Sharing enlightening stories about how people have found ways to use their subconscious, this study seeks to help you

find your life’s partner;
select the career you’re meant for;
succeed in the workplace;
let you know when your fears are groundless;
improve your speaking and writing skills; and
do away with depression, anxiety, and obsessive compulsive disorders.

Kliment shares with the reader the amazing power of the subconscious and shows how you can open up your mind to take in all the inklings of advice it sends you, grasp their meaning, and then act upon them.

Felicia Drury Kliment is an alternative health consultant and has written numerous articles on Freudian and Jungian psychology and on the emotionally disturbed. Her previous books include The Acid Alkaline Balance Diet and Eat Right for Your Metabolism. She currently lives in New York.