Orphan among the Irish: Hanorah’s Story 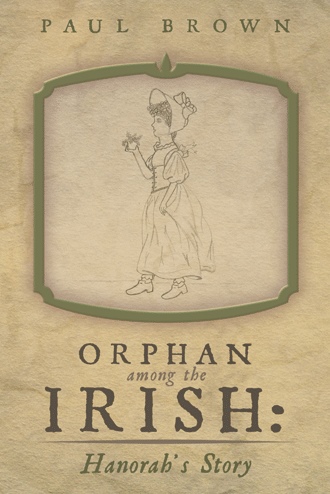 Hanorah was a young girl, like any other poor girl in the 1880’s Ireland. Hanorah’s dream was to one day see America, and raise a family that had the basic necessities of life: food, shelter and clothes. Love she would provide, in abundance. That she knew.

Hanorah would find life was kept alive and vibrant with music in it, with reading, with hope. These virtues helped Hanorah as she found her family members in Ireland perish, one by one before her eyes. Ireland still faced the after effects of ‘an gorta mor’, the great potato famine, though it was a generation before Hanorah’s own time.

Elder relatives would take in Hanorah, orphaned, along with her sister Katie. Life’s events and circumstances, eventually carried Hannorah to a new home, across the Atlantic Ocean, to America. Hanorah would end up living in various conditions and circumstances until her fate and her mate would find her: restaurant worker, convent residence, house keeper and cleaner.

Eventually a mate in marriage would fulfill Hanorah’s childhood dreams of motherhood, to six children, and life on a prosperous farm.

Hanorah’s life was influenced and assisted by the likes of Uncle Finn, Aunt Keira, and Aunt Deidre and from the legacy of others she did not know. Hanorah was assisted in her quest for a new life, by the persistence of local priests who saw in her the heart and soul of a good person.

This is Hanorah’s story: Orphan Among the Irish.

Hanorah Martley was like any other poor girl in Ireland in the 1880s. Her dream was to one day see America, raise a family, and have the basic necessities of life—food, shelter, and clothes. In that environment, she would provide love in abundance. She went on to survive, having six children and living on a prosperous farm in the United States.

In Orphan among the Irish: Hanorah’s Story, Hanorah’s great-grandson, author Paul Brown, describes her physical and emotional journey across the decades. Brown recounts the family’s history from the humblest of beginnings. Hanorah grew up in the midst of poverty and famine in Ireland, a nation that was still suffering from the effects of the great potato famine. She watched as her family perished one by one. This biography tells how she overcame the challenges and became a pillar for future generations.

Telling the personal story of Hanorah and her zest for life, Orphan among the Irish: Hanorah’s Story pays tribute to the hardy Irish immigrants who found their way to America to realize a better life.

Paul Brown graduated from the University of Houston; he has worked at the Houston Post newspaper and as a legislative aide for the Texas House of Representatives. Brown was employed at the Fluor Corporation for twenty-five years and now works for a Houston-based drilling company. He is a fifth-generation Houstonian.