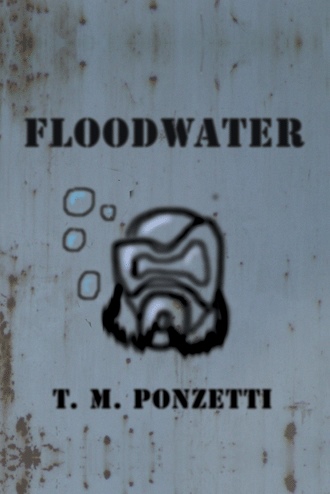 In the fading light of early evening, Charlie Martin wove through the makeshift streets of the shanty town he called home. Decaying buildings hugged by pressboard and tarpaper shacks, built from whatever materials were available. Through the dusty little dwellings wound a series of narrow dirt paths. If it weren’t for these filthy roads, the area would be inhabitable. They were made of fill dirt, part of a program to reclaim land lost to rising sea levels. ‘Shanty Town’ caused mixed feelings of fear, loathing, and guilt in the privileged classes. There was no doubt these streets were dangerous, but Charlie was accustomed to them.

Nearly six decades of living by the laws of nature long ago forgotten by most men and women, he was an expert at basic human survival. Even now, he was concealing a hard earned cache of food beneath his ankle length coat, but no passerby would be any the wiser. Charlie was simply too comfortable in his environment to convey any sense of unease at carrying such a vital and fought over commodity.

As the sun sank ever lower in the sky bathing the shanty town in an unlikely crimson beauty, he neared his humble shack. It should have been a short and predictable journey, but something disrupted it. Within a few blocks of his home, he came across a body. By the looks of it, he was a boy of roughly twelve or thirteen years of age and freshly dead. Though the dead were common in a place like this, one couldn’t help but feel a stab of pity at the loss of human life, especially one so young. Not knowing why, Charlie walked closer to the lost youth.

The poor creature had a terribly bruised face and his dirty blonde hair was caked with blood. His sharp nose, now forever crooked, dripped more blood down his face, soaking a filthy shirt. He was an obvious victim of a savage beating, probably having run afoul of one of the countless gangs patrolling the area.

“What a waste…terrible loss is what that is.” He sighed.

At the sound of the old man’s voice, the boy whimpered and stirred. He was still alive, but for how long was anyone’s best guess. Charlie could have walked away. Most anyone would have. To help this boy heal meant expending energy and sacrificing a portion of his valuable cache of food; acts of altruism that were rare these days. But as he gazed out across the shacks shrouded in growing darkness, the man felt a wave of compassion. With darkness approaching, the rats and feral dogs would be out in force, and a fading boy like this would provide a welcome feast. It was an undignified way to die, and Charlie couldn’t allow it. Standing over the fallen youth, he encouraged the boy to fight.

The only response was a labored whine.

“You have to fight; it’s the only way to survive.” Charlie pressed.

The boy stirred, struggling to get up. It was a positive sign; he had the will to live. Charlie continued to encourage him.

“Are you hungry? You look hungry. I have food, but only if you want it. You can stand up and eat, or you can lie there and die.”

With the promise of nourishment, the boy battled his way to his feet. He collapsed from the effort, but refused to give up. After another long and painful attempt, he was at last standing. As the lanky youth stared straight at him with determined green eyes, Charlie smiled at the triumph. This one was going to make it. Having seen enough, he approached and offered support. The aid was gratefully accepted, and the boy rasped out a reminder.

“Yes,” Charlie affirmed, “I have some food for you, and shelter. I’m going to let you stay with my family, and I’ll help you get better. Now come on, let’s go home.”

In 2312, as human populations continue to rise, the globe warms at an alarming rate. As Arctic and Antarctic glaciers melt and the gap between rich and poor grows, the world slowly transforms, experiencing massive flooding and extreme, widespread poverty. Humanity has no choice but to shift survival strategies.

In a flooded San Francisco, many are forced to turn to the growing seas for their livelihood, including gangs of young divers who search the submerged streets for fish and metals. Chase Reilly, a sixteen-year-old gang diver prospect, has just begun his initiation when he discovers a treasure lost beneath more than one hundred feet of water. As he attempts to bring up the contents of a vault worth millions to the surface, Chase accidentally breaches city walls, soon learning that a recreational diver has been killed by gang divers. Now under the supervision of Ward Murphy, a patrol officer with a secretive past, Chase is more determined than ever to claim what is his—even if he must risk his own life to succeed.

In this intriguing story detailing the catastrophic effects of global warming, a gang diver, a patrol officer, and a communications mogul band together to retrieve a treasure and, in the process, learn the true meaning of value, loyalty, and survival.

T. M. Ponzetti relies on diving experiences in the ocean waters off the Pacific coast and an academic background in anthropology and sociology for writing inspiration. Ponzetti seeks to contribute to the understanding of the potential physical effects and social impact of global warming and currently lives in California.