Thorns in the Shadow 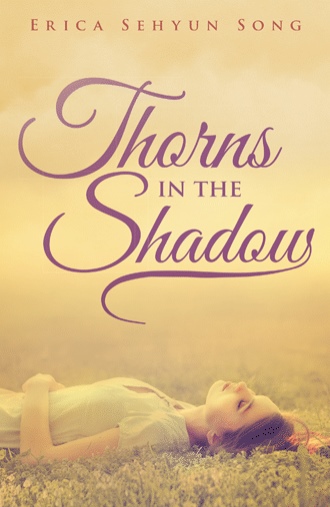 The dreams were back.

When I first told people I was having strangely vivid dreams, they either laughed or called me delusional. They said that all dreams are vivid, and despite how real they may feel, they are never true.

But I knew mine were different.

The dreams I had were so realistic – they were too realistic to be called a figment of my imagination. When I wake up after having those dreams, I have to convince myself that what happened really did not happen.

But most of the time, doubt still lingered in my head.

These vivid dreams I had were obviously different from my usual dreams. How did I know? They were always presented in a purple hue. People told me that the fact it was in purple should make it seem less realistic.

But somehow, the purple hue only made it more believable.

The dreams were not nightmares that featured creatures of Hell crawling after me, but neither did they show sunny days and rainbow coloured skies. They were sometimes cryptic with strangers showing me the way through unfamiliar territory. I did not feel uncomfortable around them, but neither was I willing to accept an invitation to tea.

Sometimes, they showed me people I knew, but they looked different. I could never pinpoint why or how, but I just knew it.

But tonight, the dreams were a little different.

They showed me a group of women huddled together, old and young, mumbling together in hushed voices. The women stayed still as the scenery changed. First, it was the summit of a mountain; next, it would be the beach. The scenery would flash every few seconds, making my head spin. And although their voices were messy, I could easily discern one word: chosen.

The word spun in my head, whispered by hundreds of different voices.

I knew I was chosen.

But chosen for what?

Before I could think of an answer, the scene presented before me faded away. The purple light melted into the familiar darkness of my shared room. I no longer watched the huddle of mysterious women; I was lying on my bed.

The mattress squeaked as I rolled over. What was I chosen for?

I did not know, but I was not eager to find out.

The luminous light of dawn filled the room with a soft angelic glow. I blew on the frosty window and watched my breath fog up. I traced my initials across the cold glass, watching as the condensation trickled down the pane.

Rose sat by the dressing table. Picking up her brush, she worked it through her shimmering hair. It splashed across her shoulders and tumbled down her back in luscious golden waves. She took a section and pinned it away from her delicate face.

I turned to stare back out the window. The landscape of the Westerfield Academy for Young Ladies could barely be seen through the scarce light. A small bird landed just outside. It chirped, flapped its wings and took off.

I spun around and Rose gestured for the door. Even though we were merely going down to the kitchen to play a little prank and that it was not even six in the morning, she still managed to look utterly flawless.

We tiptoed out of the room and into the dim hallway. A cluster of sconces lit the hallway and the scarce light guided us to the top of the stairs. Rose and I started down from the fifth floor, carefully avoiding all the creaky spots.

As we reached the fourth landing, there was the sound of hushed whispers. From the other side of the hallway, long shadows stretched and wavered across the floor. They were undoubtedly getting closer.

I darted behind a window seat and drew the velvet curtains around me. She tried to scramble in after me, but I shoved her away. “Go find your own hiding spot!” I hissed. The seat was not wide enough to conceal both of us. We were better off if whoever was coming caught one of us – and by one of us, I meant Rose. Not because I did not want to get in trouble, but because I needed to work on my charm.

“Thank you, Lucille,” she snapped.

“Is someone there?” a voice called out.

“No,” I replied, earning a sharp kick from Rose which left me gasping for air.

“Be quiet, will you? You sound as if you are choking.”

I thought I heard Rose roll her eyes the same time the murmuring grew louder. I squirmed into a more comfortable position; this would be a while.

“Is someone there?” the voice repeated.

“What if we were mad men?” I said softly. “Will they still bother to call out so boldly? And even though we are not, how do they know we are students?”

“Keep it down, Lucille. You will get us in trouble.” Rose replied.

“Miss Henry?” the same voice called out. “Is that you?”

“Have fun,” I whispered.

Footsteps whispered on the ground as the people hurried over. “Miss Henry, what are you doing out here so early?” A different voice said.

“Oh, it is nothing to worry about.” Rose replied as she quickly stepped back so that she was pressing me against the window. Did she think I was going to try and escape?

I was pressed up against the cold glass of the window. It was a tight fit, and I soon felt my whole leg turn numb. This better be over soon, or else that girl will regret this.

“Please tell us, Miss Henry.” It sounded more like an order than a request.

“Well, to be honest, I was just going for a walk because I could not sleep. Lucille is a loud snorer.” I jabbed her back, making her gasp out loud. “And did you know that she talks in her sleep? She sometimes even curses.” I shoved her where I thought her shoulder blades were. “But then again, she is Lucille.”

“Miss Rinehart does not seem like the type to do those sort of things.” One of the voices said. I could hear Rose fuming.

“Yes, well, you have not obviously heard her sleep.”

“We do apologise, Miss Henry. If you do not mind, we shall get going.”

Footsteps retreated. As soon as they were gone, I forced my leg out from under me and crawled out of the tight space. Rose looked exceptionally pleased with herself. “I do not snore or speak in my sleep.” I snapped.

She arched a perfect eyebrow. “Well, you do curse.”

We turned and continued our way downstairs. When we arrived, Rose looked around the hallway to ensure that nobody was watching us. “Let’s go,” she whispered. Grabbing the lacy hem of our nightgowns, we ran towards the kitchen, eager to start our joke.

Arriving at the locked doors, I produced a skeleton key from my pocket. The double doors swung open and we ran in. As soon as I closed the doors behind us, darkness washed in. There was a clatter and a hiss before a single flame illuminated Rose’s sharp jaw. Even with the lack of light, her sapphire blue gaze still managed to pierce through me and send shivers down my spine.

She held up a hand to cover the flame and used it to ignite enough candles to splash the whole kitchen in a warm glow. I took two candles at a time and placed them around the kitchen. By the time we were done, the sun was higher up in the sky.

“Let’s hurry before we lose time.” She said.

I took the glass pitcher labelled as ‘year eleven.’ It was filled with a red liquid. Rose and I wandered about the kitchen, opening cabinets and drawers. We grabbed random seasonings and poured them into the drink.

It is 1893, and fifteen-year-old Lucille Rinehart secretly yearns for freedom from a strict society. While attending a private academy for girls, Lucille thinks she knows her inevitable fate—to marry an honourable man. But when curiosity leads her to sneak off with her best friend, Rose, to visit a mysterious gypsy, Lucille begins to wonder if her destiny is not what she thinks.

She returns home a few days later to attend a ball hosted by her parents, only to be snatched off the street by a powerful man who wants to use her as a pawn to satisfy a grudge against her family. But just as she manages to escape, a girl presses a choker into her hand—and it seems the necklace has special powers. As bizarre events begin occurring, Rose acts strangely and Lucille is plagued by visions and a haunting voice. When she finally returns to school, a twist of fate soon has her bonding with three rivals who share the same uncertain future. Now all they have to do is determine who they can trust as a complex mystery begins to unfold.

In this exciting young adult tale, a teenage girl and her unlikely friends embark on a magical journey to solve their destiny where they discover danger, challenges, and most importantly, themselves.

Erica Sehyun Song attends Singapore American School, and is a member of the Flute Association Singapore. She is the author of The Pax Valley.