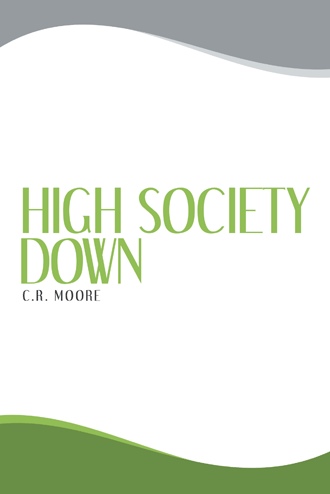 It is March 2017 and Tom and Shirley Smith are embracing a new chapter in their lives after Tom’s retirement from the Air Force. With the country teetering on the brink of economic collapse, Tom and Shirley relocate to Turnerville, Mississippi, to renovate an old farmhouse. Seeking a safe haven from what they anticipate will be a dismal future in America, the retired couple settles in without any idea of what lies ahead. After a trip to the local hardware store prompts an introduction to the owner, he invites the Smiths to a party where they are introduced to a group of affluent people who share their political views. Soon, the Smiths have several new friends known for hosting elaborate parties at their magnificent plantation estates. In the midst of elegant soirees, ongoing dinner parties, and economic collapse and recovery, there are episodes of personal tragedy that bring this group of friends even closer together as they offer one another love and support. High Society Down is the compelling tale about a well-to-do group of friends in a small Mississippi town who stand together through success, failure, and tragedy, and learn to appreciate the simplest of things in life.

C.R. Moore is a native of Mississippi who now lives in Louisiana with her husband of fifty years. This is her first novel.