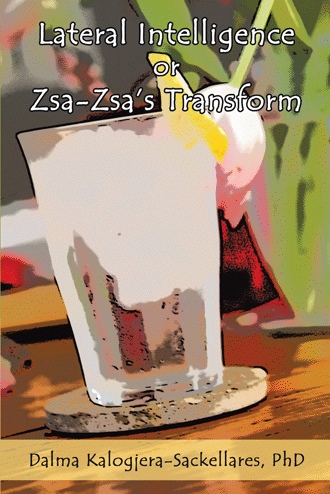 By analyzing films and fictional characters, this study explores improvisational styles in thinking and emotional adaptation. Building on her first book, Was Sherlock Holmes Left-Handed or Spatial Intelligence and Creativity, author Dalma Kalogjera-Sackellares introduces a model linking lateral reasoning with emotional intelligence. Kalogjera-Sackellares, a clinical psychologist, uses a host of examples to demonstrate improvisation and imagination, as well as the study’s focus on lateral reasoning and intelligence. She draws on scenes from movies such as Bedknobs and Broomsticks and A Beautiful Mind and characters such as Amelia Bedelia, Mrs. Douglas from Green Acres, and Lt. Drebin from the Naked Gun series. Through these examples, this study examines the ecology—that is, the natural relationship—of lateral reasoning, emotional intelligence, and creativity. Through formal study, years of research, and practice in clinical psychology, Kalogjera-Sackellares captured significant features or markers of those processes as they have revealed themselves to her throughout the years.

Dalma Kalogjera-Sackellares, PhD, is a clinical psychologist with special expertise in neuropsychology, geropsychology, and sleep disorders. Original publications include works on the psychological effects of insomnia, cognitive and emotional effects of anticonvulsants, and psychogenic pseudoseizures. Her books on post-traumatic syndromes and spatial intelligence are highly acclaimed by experts in the field. She currently lives in Florida.