A Book of Dreams Come True 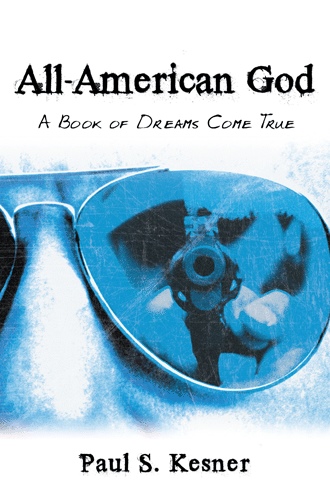 Drifting fifty miles east of the southernmost Panama coast, fifty miles north of Arboletes Columbia, roughly one hundred miles west of Cartagena, my crew and I do not dwell on the fact that if things go wrong, we are deep inside Columbian controlled waters. Instead, we use this underlying reality to stay sharp, while the overwhelming calmness of our surroundings strives to relax us to the point of napping. It is one of those days when the Caribbean is more lake than sea; with a cloudless sky above and crystal clear water below. A clearly visible school of Corvina swims fifteen feet below, bringing the feeling of floating in God’s personal fish tank.

Chico and I are on the fly bridge of our newly re-finished 32 footer, while Riga, Flaco, and Jose scan the horizon, checking and re-checking their weapons. Each one of my crew carries an assault rifle as well as a sidearm, except for Riga, who prefers a machete over a pistol for close-in work. Chico packs two Smith & Wesson 9 millimeters as well as his Browning riot gun, while I debut the twin Desert Eagle .50’s I picked up when we bought the boat. As the waiting becomes palpable, a blip appears on the radar. I turn to let the crew know, “Oye, ya, alli esta. Follow my lead, remember, business comes First. We need this forty grand, but we need the future deals a hell of a lot more. Don’t let them punk us though, let them know we’re nobody to fuck with.”

The radar blip becomes a growing spot on the horizon. The incoming sport fisher throttles down, flares hard to starboard and floats peacefully to us. An over-dressed, un-armed, obviously cocky man, stands at the rail with four noticeably veteran street soldiers. The leader steps aboard with a pretentious air that I immediately find disrespectful. “Oye, Gringo, como va?”

“Bien, y no soy Gringo. Call me Norteno, Fulano, o como sea. Me llama Puma, y nunca Gringo.” (Good…and I’m not a gringo. Call me Northerner, white boy, or whatever. My name is Puma, never Gringo.) I reply to the pretentious bastard. He makes his way to the bridge, followed by the oldest vet, carrying a briefcase.

Taking a seat opposite me, the arrogant fuck once again opens his mouth, “Bueno, whatever, I think maybe this deal is not worth 40 thousand, I think 30 is better. Maybe you think we just stupid Columbianos and you are big smart Gring….” BOOM. The ‘O’ is lost somewhere in eternity, as brains and bone fragments rain down on the deck below. I have my other fifty trained on the soldier with the money; Chico has the neighboring boat covered with his riot gun. One of the Columbians screams, “Tio, Que we pu…” his sentence is finished in the devil’s ear, as his head hits the deck a full one count before his lifeless body follows. The remaining opponents have frozen in spot, realizing we have the drop on them. I stand, while motioning for the moneyman to have a seat.

“Now, you know that was disrespectful, but more importantly—very bad business. I have a standing deal with your boss, not this huevon. I do hope we can complete this deal and many in the future. If not, then I guess I have a new boat.” I inform the senior soldier.

“Esta bien, I never liked that cocksucker anyway. The other ten thousand is on board; he thought he was going to keep it for himself. I will tell mi jefe what happened, and that you were very professional, Puro negocio.”

“Gracias, Compa. Tell your boss that there are more where this came from. Would you care to look over the merchandise? You want us to help with the bodies while you get the rest of the money?”

“Both, por favor. Here is thirty,” he replies as he opens the case, turning it towards me. I holster the Eagles and take the money. I rifle though the stacks, taking a quick count. The new leader directs one of his men to check the crate of handguns and the other to get the casualties, while he crosses to their boat to retrieve the other ten grand. I holler at Flaco to help with the bodies and Jose to help with the guns, while Riga wipes the blood from his machete, maintaining his vigilance.

All right, who is this “Puma”, and why should you give a damn about this gun-running sociopath? Well, just statistically: taking into consideration the times I have moved during my lifetime; I might have been your friend, your co-worker, your son’s or daughter’s friend, your boss, your lover, your enemy, or any number of different combinations of relationships built upon in a person’s lifetime—since I am adopted: I might be your SON. The point I’m trying to make is, if you read these pages and invest some time in living my yarn: you might find yourself within my story.

To clarify my overly bold use of the word “God” throughout these pages, I use the word in the context of mythical, human-created Gods: seemingly normal people, who through their deeds have achieved immortality. Born of tragically ordinary circumstances; I have risen to the brink of such status. This fact has driven me to spill my soul upon these pages so that you can take your place on the ride over that brink. So please, take your seats, enjoy the ride, and behold…the birth of an All-American God.

Making 35 knots heading west/southwest off the coast of Panama, the sea breaking in great white cascades off the bow of my 52-foot sport-fisher, her Volvo-Penta diesels singing in perfect harmony, churning out 4500 horsepower, I race towards our rendezvous. Chico, my right-hand man, stands at my side (the only guy I’d want beside me in just about any situation) working up a fucking power-push, but not missing one single detail of what the hell is going on around our perimeter. Whenever he and I walk through the barrios of Veracruz, every rooster in the general vicinity lets out a primordial crow reserved for only the greatest of threats within its sensory perception: that is “Word of God” enough for me to pay attention, securing his position as second-in-command. For myself, I think of the quarter million dollars down below, the half million-I stand to make, the boat-load of AK-47’s and rocket launchers to bring back, and the dozen different things that could go wrong.

I remind myself to keep in place, the stone mask from which my guys draw their strength. The mask has served me well over the years and today is no exception. Although, I am finding it hard not to let it drop; as the lump in my throat threatens to choke me, and my nuts draw-up as if they were dunked in ice water.

Do not let anyone tell you they fear nothing; for that is a lie. I will tell you that I fear neither man nor beast, but I will not tell you that I do not fear. Besides, that nut-tightened feeling is what brings out the fight (there is no flight) response. Hell, it’s what makes life Fun! It’s not the possibility of death (I’ve been waiting for the Reaper ever since we first met) it’s the fear of: getting cut down too fast, not getting a chance to take a bunch of enemies with me, of going out un-dignified, of losing my mask in that moment before the Reaper and I finally meet again.

Let me not bullshit you further, it all boils down to how my death will appear. Will it turn me into a legend, with godlike status? Will the very sight of my demise compel survivors to tell this great story to their children, and their children’s children? Will Las chicas de mi costa sing songs of their warrior lover? Will it be the moment that makes me Live FOREVER? When stories are told of you throughout the generations; that is immortality…well, its close enough for me!

First appearing as a dot on the horizon, the Turkish freighter and eventual meeting/transfer looms. We all assume a calm professional stance, ready for anything that may happen. My crewmembers begin readying their weapons and hiding spares that will be easily reachable in ca

Paul is a man whose fondness for life on the edge turns his midlife crisis into a nuclear meltdown. Happy to leave his life behind in America, Paul boards a freighter bound for Panama with a backpack and a few thousand dollars, ready to conquer a new wilderness.

With a boat, balls, and his newfound brothers, Paul—now calling himself Puma—leads a small but tight-knit group on a meteoric rise as a new criminal empire. With nothing left to lose, Puma operates with fearless abandon, further cementing his relationship as a member of Panamanian organized crime. While running guns and cocaine from the United States to Colombia and back to Panama, Puma transforms into a modern-day smuggler who soon becomes a blip on the CIA’s radar screen. But Puma’s path is about to take a new direction when, propelled by his desire to make a friend’s dream come true, he steps in to make the biggest deal of his life.

In this gripping thriller, a smuggler who gives himself freely to the winds of destiny’s path and through God’s mysterious ways finds his larger purpose—a seeker of justice for the defenseless, the forgotten, and the unavenged.

Paul S. Kesner is a disabled veteran who earned his bachelor’s degree from the University of Central Oklahoma. Inspired by the lives of author Louis L’Amour and of his grandfather, Paul has intentionally lived with style with the hope he would become an entertaining storyteller in his old age. He currently lives in Georgia.