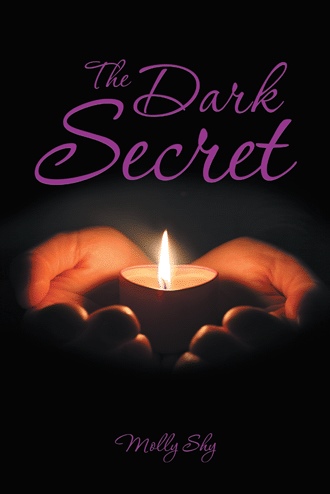 As strangers surrounded her mother’s casket, Molly sat with her sister, Babs, on a trunk. Much too young to understand what was happening, Molly had no idea what was in store for Babs or herself—or that it would be the last night they would spend together. Before night’s end it was decided that Molly would live with her Aunt Dora and that Babs would go with another uncle. The two girls were reluctantly separated.

As Molly grew up, the sadness she endured was visible in her eyes. She missed her sister, Babs, who was facing struggles of her own. With her father a stranger and her aunt jealous of her beauty, Molly became a rebellious child who was abused and treated like the black sheep of the family.

The destinies of the two sisters eventually took them to opposite sides of the country, and Molly struggled to find happiness amid a chaotic present and an uncertain future. When she eventually met the love of her life, she could only hope she finally found the one person who could give her what she has always wanted.

In this personal narrative, which incorporates original poetry throughout, a woman recalls her heartbreaking coming-of-age journey, revealing the skeletons hidden within her closet and her search for unconditional love.

Molly Shy has been a poet and writer most of her life. Now in her eighties, she is the mother of five, grandmother of eleven, and great-grandmother of ten. Her beloved husband, Stanislaw, has always encouraged her writing of poetry. She currently lives in Massachusetts.