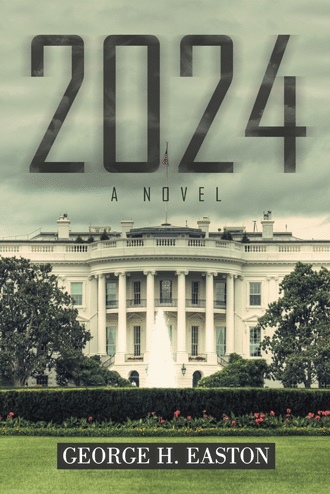 CHAPTER ONE: THE INAUGURATION

Crowds lined Pennsylvania Avenue. The streets and avenues to and from the Capital were overflowing. Millions of people attended the event. The front of the Capital building was draped with ceremonial flags. Heads of State from around the world came as they always did. This time, however, they could feel the change. It was just there and they knew it. Keith Richards appealed to them and they felt that he could make progress on the world front. Even North Korea, Syria, and Iran had representatives present. The whole world seemed united on this cold January day. It seemed to signal a sign that maybe, just maybe, peace would come to the world without a new cold war, or any war at all. Israel and Palestine sent dignitaries and there was finally hope that peace might come to the Middle East with this new and exciting president. It commonly agreed that the new President had the qualities of a global changing leader. Never since the Kennedy administration, had there been so much optimism. This may be different, even better.

Much of this was the result of Keith Richard’s more conciliatory demeanor after his election. Richards had shown a remarkable change in the tone and content of his speeches to the public. Now, as President-elect, he was not worried about the warnings coming from his own party. He was free to be more vocal about his real ideology. This upset the far right wing extremists of his party who felt responsible for putting him in office. Keith’s wife, Debra, was proud of her husband for breaking away from the hard line leaders of the party and for speaking his own mind. His more honest approach had made a huge difference in his popularity rating from the date of the election until now.

From election day to inauguration day, it was almost as if he had abandoned his traditional base in an attempt to reconcile with the few old time left and moderate leaders of the senate and house. It was as if there was a complete transformation in his thought process. Party leaders were irate.

He made overtures with countries that did not even have relations with the U.S. He wanted to have global conferences trying to unite the international community. He now maintained that he would do all in his power to prevent war and use the trillions of dollars, which would be saved, for humanitarian reasons at home and abroad.

“The extreme far right seemed hell bent on starting a new war because it was financially in their best interests,” he proclaimed. This was no longer acceptable to Richards and he became very outspoken about it. The Party, his party, became increasingly critical and warned the President-elect that if he continued down this path that he would surely be a one-term president. This did not concern Keith Richards anymore since he felt he could get more accomplished in one term anyway.

He was in favor of term limits to avoid the potential corruption and paybacks, which now seemed to cripple the government. He was outspoken about this and drew criticism from both sides of the political aisle. About ninety percent of the public applauded his new position.

All of a sudden, Keith Richards had come alive. His charm and charisma captivated audiences in a way he failed to do in the months leading up to the election. He became close to the average American and used his time wisely by spreading a new message of reconciliation and hope between the warring parties now in power in the United States.

On the day of the inauguration, the Chief Justice who usually gave the president the oath of office was unavailable. He was conveniently vacationing in the Cayman Islands since it was, after all, January. Keith Richards was delighted. It meant that his good friend, James Rodriguez could administer the oath of office to him.

Justice James Rodriguez was one of three liberal Justices left on the court in 2024.

Since Richard’s election, Richard’s popularity had grown. A solid majority of Americas were now behind him. He was the new sign of hope and progress for the whole country. On the eve of the inauguration, he had a popularity rating of sixty-nine percent. His political change was dramatic. The world looked forward to his upcoming presidency.

Millions were watching TV at noon on the cold Wednesday afternoon. Those who braved the cold didn’t feel it. They somehow felt a warmth inside. The world anticipated the new president’s inaugural address. Justice Rodriguez administered the oath and Keith Richards was sworn in as the forty-sixth President of the United States of America.

The moment the oath was administered, all of those present and the millions watching on television began to celebrate when, suddenly, four shots were fired, the first two shattered the bulletproof glass protecting the President and the Supreme Court Judge. The second two entered the brain of not only the new President but also Justice Rodriguez.

It is 2024, and Keith Richards is about to be sworn in as the next president of the United States. President-Elect Richards, a member of the new Republican Tea Party, is intent on spreading a new message of hope between the warring parties now in power. The public is thrilled. His party is irate. Just as he takes his oath and America begins to celebrate, shots ring out. Seconds later, the new president is dead, and the vice president elect is now the president.

In this fast-paced political thriller, an ex-Navy Seal and his team must stop a political conspiracy and one powerful man’s evil plan before the world is changed forever with the push of a button.

George H. Easton is a retired lawyer, judge, and circuit court commissioner for Kenosha County, Wisconsin. He attended the University of Wisconsin–Madison, John Marshall Law School, and Marquette University Law School. He lives with his wife, Kathy, in southeastern Wisconsin.