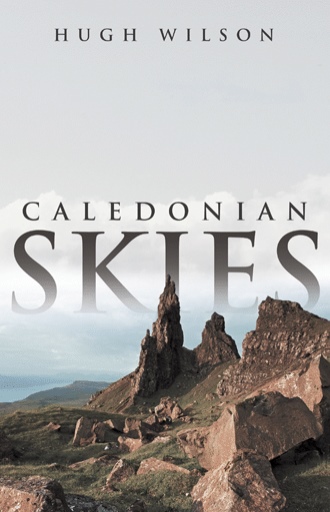 Awake again before dawn after another of his nightmares, Ian Mackay could see the moon out his window and knew it would be a clear morning. “Nearly full” he thought to himself. “Great day for a morning walk.”

This night saw the return of the blood-spattered pregnant wife of the headless gunner. Ach. He thought he had made peace with her.

After some tea and a hurried breakfast, he grabbed his rucksack, donned his heaviest jacket and gloves, and mounted his Indian motorcycle. If there’s one thing the Americans know how to build, it’s large, powerful engines, he thought. The bike was typically American, large and overbuilt with a lot of horsepower—just as he preferred. His motorbike roared to life first kick and he sped through Balloch on his way to Ben Lomond.

He reached the trailhead before first light, the moon lighting his way. There was no one else so foolish on a winter’s morning. He was alone on the trail. That wouldn’t be the case in another couple of hours when everyone awoke and saw the beautiful conditions. He treasured the solitude of having the Ben to himself.

The trail was wet and slippery at the bottom and the last thousand feet of the climb was in snow, making for slow going. However, with his powerful Scottish legs and strong lungs, he covered the nearly four miles in just over an hour. He was forty-two but still fit and strong.

Then he sat down and waited for the show. The top of the Ben at sunrise was the closest thing to flying he’d encountered. His timing was perfect. Light was just beginning to top the Trossacks to the east. Then came the color. All the colors of the rainbow displayed there for him alone to see. It was like greeting his first lover again after a long absence.

With the sun fully risen and full light in the sky, he retrieved his binoculars and notepad from his pack and sat down for a rest. He began sketching a Pied Flycatcher nearby. He chuckled to himself that the bird’s name always seemed to remind him of Pie-eyed Flycatcher. Funny that.

The bird flew off and Mackay followed it with his binoculars. It was then he noticed the glint in the sky to the north. The object was higher than the cloud tops and moving very fast. Too large, too fast and too high for a bird, he thought. It must be an aircraft but, “What fool would be flying in the Highlands in winter,” he wondered aloud to himself. As it neared, he could see it was far too large and too fast to be a civilian aircraft. He got a good look at it with his binoculars as it went by heading straight down the Vale. It was not an aircraft he recognized and it was just so strange that it would come from the north this time of year. He supposed it could be a new experimental RAF craft but why no markings or insignias?

It is February of 1939. International tensions are at an all-time high, and there is little trust in Germany’s new leader as Ian Mackay, a decorated Royal Flying Corps ace of the Great War, settles atop the mountain of Ben Lomond to watch the sunrise. A short time later, Ian observes what he believes is an experimental German reconnaissance airplane spying on Scotland from above. But there are no other witnesses, and the rudimentary radar of the day is unreliable.

Ian has seen his share of hardship and unfortunately knows all too well about the realities of war. Still, he is driven to report what he has seen to Scotland’s military intelligence officials; they are skeptical at first but eventually agree to send Ian on an intelligence mission to investigate the latest German reconnaissance aircraft. As the war clouds gather, Ian, who is now alone at forty-two after losing his one and only love years ago, embarks on a perilous journey to save his country and perhaps the world. With a cyanide capsule safely tucked away in his pocket, Ian only hopes he will never have to use it.

In this spirited tale of love and war that spans twenty-five years of modern European history and four generations of Scots, a seasoned pilot enters Nazi Germany on a wing and a prayer as the world erupts into chaos.

Hugh Wilson is an American-born son of Scottish immigrants. He is a physician who lives in Monterey, California, with his son. Dr. Wilson enjoys the outdoors and is occasionally seen on a grassy place playing something vaguely resembling golf.