Stories from the Great Plains 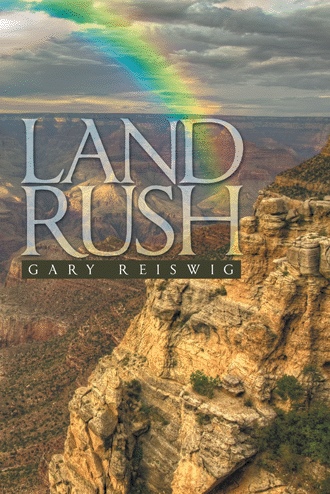 And, Then, What Next?

“Don’t bother with the tractor, let’s work the calves today,” Dad said when we finished the morning chores. I was twelve, about to enter the seventh grade, and had been working in the field two or three years, long enough that driving the tractor had lost its novelty. “You don’t like plowing that field much anyhow, do you?” He added.

A stab of regret, maybe guilt, sliced into me. I looked down at my boots. They were caked with manure so I cleaned them on the foot scraper Dad had forged in the shop. It was expertly crafted, and could have passed for a manufactured item. Mother insisted it be placed on the steps coming up from the barn to minimize the amount of barnyard dirt we carried to the house. Dad made it look decorative and professional to please her.

There was a reason I didn’t enjoy plowing the field that lay northwest of the house. Next to the field there was a wide patch of grass where the terraces drained. In the grass, scavengers had scattered the remains of our dog; matted tufts of hair attached to dried skin, and bleached bones. In death, her jaw and teeth appeared to be locked in a snarl, although she had been a sweetheart and had never bitten anyone or even growled at one of the family. My sister and I had begged Mom and Dad for a collie. We wanted to name her Lassie, after the collie in a series of books we had read. She arrived on the train in a small crate from a breeder in Iowa. Although she was our dog, I was the one who took care of her, made sure she was fed so she, unlike other farm dogs, would not feel tempted to kill chickens. I also supplied fresh water so she wasn’t forced to drink from the pond or the stock tank when she was thirsty.

To me she was a near perfect example of the collie breed although she was part shepherd. She had the white and yellow hair of a full-blooded collie, a long nose, and dark inquisitive eyes. Her death resulted from a complex series of events that began on a Sunday as we were getting ready to leave the farm for church. A stranger drove into the farmyard. Dad answered the door.

“You have a beautiful collie.” That was the first thing the man said. I had followed Dad to see what the stranger wanted.

“She’s part shepherd,” I explained. “She’s a good herder.” The fact she was not a purebred had bothered me when my parents purchased her, but, after her arrival, I was won over by her collie looks and her personality. She was good with the cattle even while she was still a puppy so I came to understand that being a mixed breed was an asset, just as Dad had insisted it was when my parents ordered her. I thought they were saving money because she cost half as much as a purebred. Dad claimed he knew the shepherd blood was important, that it would make her a good worker. That’s why he’d insisted on the mix.

Next, the stranger told Dad he wanted to look at the irrigation system. Dad explained that the family was on the way to church. He was welcome to look around but if he wanted to talk about what he saw, he’d have to come back another time. “We never miss church and Sunday School,” he explained. “The kids all have perfect attendance.”

The request for information about irrigation was not unusual because my father was the first farmer in the county to install an irrigation system with sprinkler pipe supplied with water pumped from a well. People were curious. What does irrigated sorghum look like compared to the dry land crop? How much work is it to move the pipe? There was not yet phone service in the part of the county where we lived so people just showed up at a time that was convenient for them. The man who had arrived that Sunday certainly had little interest in church or he would not have chosen that day and time for a tour. I thought later that should have been a warning to us there might be trouble and I double wished I had not touted the collie to be such a good dog.

When we returned from church that afternoon, she was gone.

On the Great Plains, boys nearing manhood have to grow up tough even if their hearts are tender. In this collection of stories based on true events from his boyhood, Gary Reiswig leads others back to the time when the last homesteaders—like his own family—arrived in the Oklahoma Panhandle to claim their pot of gold in the great land rush, the last westward thrust of Manifest Destiny.

A farm boy learns to drive a tractor when he’s nine, castrate and dehorn calves at twelve. After his father points out old trails, the boy realizes that Native Americans hunted buffalo on the very land his family owns and has fenced, where they now pasture their cattle. 2 A strong-headed boy attends a box supper with his parents, and unwittingly helps a tobacco-chewing neighbor, despised by his mother, recognize her box so he can buy it. 2 A boy, small for his age, discovers unexpected danger when he visits the Grand Canyon and hikes the Bright Angel Trail. 2 A beloved uncle heads to Korea to fight in the war leaving his nephew to care for his two-door hardtop. No one has any idea how drastically this separation will alter their relationship.

The stories in Land Rush provide an unforgettable glimpse into the time and place where only the strongest survived and a handshake sealed the deal.

“Gary Reiswig’s strong, unsentimental voice carries us to a time—the fifties—and a place—the Oklahoma Panhandle—that is at once exotic and home with its hard, wounded, beautifully evoked mothers, fathers, and sons trying to survive one another’s love.”

—Robert Lipsyte, author of The Accidental Sportswriter and The Contender

Gary Reiswig was born in Texas and grew up in Oklahoma. He has been a farmer, preacher, educator, city planner, and country inn owner. He is the author of the novel, Water Boy, and a memoir. Gary writes full-time in East Hampton and Manhattan, New York.