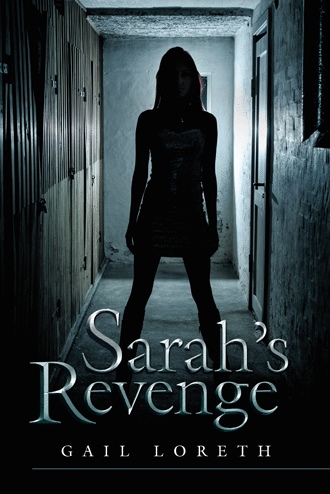 How could this happen? It was supposed to be over. The bad guy was dead, right? We watched him. I saw the blood and the body fluids drain out of his skull. I watched as the bullet that I fired at him struck him in the left eye and took the back of his skull away, pieces flying onto the wall behind him like water flicked from your fingertips. The coroner took him away in a black body bag, his body limp and lifeless. The crime scene unit was there until 3 a.m. asking questions and writing reports. There wasn’t any need for fingerprint taking, everyone knew everyone and there was no dispute about the events that took place. That led us to this place in time. It was my home that he invaded. It should be over...I should be able to move on with my life. WE should be able to move on without being terrified at every move we make. He’s dead for God’s sake, it should be OVER!

The phone was ringing as I walked into the kitchen. My hands were full of bags of groceries so I let the answering machine pick it up. Another hang up. Probably some company trying to sell windows or wanting me to change long distance carriers. Since we moved in to the new house they’ve crawled out of the woodwork like ants after a bowl of sugar. I don’t mind anymore. It’s good to be alive and able to tell them no. If it were up to ‘him’ they would be bothering someone else and I’d never know the difference. No time to dwell on the morbid, I have groceries to put away and kids to pick up. Tonight is pizza night at our house. It didn’t used to be this way. We were on the fast track just like any other family. Everyone going their own way and never connecting but since that attack I’ve learned to enjoy the simple things in life and have tried to get the rest of the family to do so also. One of my favorite ways is to let someone else do the cooking.

The house has finally started to get a settled feel to it, instead of the new-afraid to touch anything feel. I’ve been spending a lot of my recuperation time landscaping. The feel of warm earth between the fingertips can be very therapeutic as the birds sing their songs above your head.

After Henry Jacobs literally runs into Jillian Brooks when he backs into her front bumper in a shopping center parking lot, she exchanges insurance information with the stranger without any idea that a small crinkle in a fender is about to escalate into months of terror.

After she is stalked and tormented for six months by Jacobs, Jillian finally puts an end to her torture by firing a fatal bullet into Jacobs’s brain. Now after months of therapy and a move into a new house built by her husband’s construction company, it seems life is returning to normal—or so she thinks. When she starts receiving phone calls with nothing but silence on the other end and psychotic notes with her name written in red, Jillian wonders if it is someone’s idea of a bad joke or if something more sinister is in the works. Fearing she is the object of another killer’s desire, Jillian has no choice but to summon help from her detective friend, Carol Hobbs.

In this gripping thriller, a woman in fear for her life must battle to protect herself–and her husband and daughter—from a killer driven by cold-blooded revenge.

Gail Loreth grew up in Northeast Ohio. She now resides in Whittier, California, where she loves spending time at the beach or golfing with her husband, Tim. Sarah’s Revenge is her debut novel.