My Day to Die

Running for My Life

by Serge Gasore & With Patsy Watson 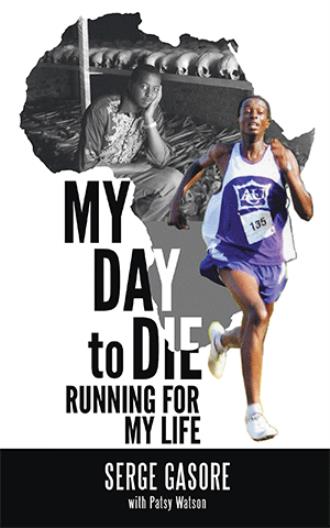 When I think of the genocide, I see bodies in the river. I see them floating down the river and more bodies, coming and going. I see couples that were killed. I remember one - the couple that was going to get married, and they killed them in their wedding clothes and ran a stick through them and threw them in the water. I remember the woman who was killed and her newborn twins were around her body, crying and trying to get breast-milk for several days. I remember seeing one of those children dying and one staying alive, crawling around the mother’s dead body. I remember sleeping in the bamboo beside the river and I was beside the body that was in the water, and I knew that it was my favorite teacher. I remember the woman coming to me and telling me to get money off her husband’s body. I remember my grandmother being blown away by a grenade. I remember going back to the church and seeing the bodies of my relatives and my neighbors just stacked in piles. I remember walking inside the church and walking on top of dead bodies, some laying on their backs, some laying on their stomachs, bleeding from their nose or their mouth. I remember coming from the hiding place and seeing bodies alongside of the street – some still breathing and some would call our names if they heard our voice. That was so sad. I remember one time it was raining and I was running and people were being shot beside me and they would just fall down. Some died immediately and others would bleed to death. I remember coming from my hiding place, going through dead bodies trying to find my relatives and they were nowhere to be found. I remember watching my uncle dying from many cuts. I remember dogs being used to hunt us, and when we visited Gatete’s hole, the dogs chased us, and we had to shoot them to protect ourselves.

In My Day to Die: Running for My Life, Gasore details the story of his life beginning with his early childhood when his mother was murdered when Gasore was only four years old. His story continues through his later childhood as Gasore struggled for survival during the Rwandan genocide, which occurred when he was eight years old. His story describes some of the horrors he faced, including watching his grandmother die during an ambush grenade attack by the Hutu army on the church where they, and other Tutsis, were hiding. Gasore tells of neighbors and friends turning against him for the mere fact he was a Tutsi and they were Hutu. He tells of weeks of running from the enemy, hiding among the bamboo bushes. His story continues as Gasore details his time in the army as a child, not even 10 years old yet, and his adjustment to life in a new world after the war.

As he grew up and moved into high school, Gasore channeled his love for running into a tool for advancing his future. His love of running became a career opportunity and brought him to the United States. Gasore continues his story as he attended Abilene Christian University in Abilene, Texas, on a track scholarship. It was there, in the slow pace of a dusty, West Texas town, that Gasore came to know a loving God and headed down a path of forgiving those who had caused him so much pain and harm.

Serge Gasore, a native of Rwanda, suffered through the Rwandan genocide before coming to the United States in August 2005. He earned a bachelor’s degree in psychology and a master’s degree in global information technology leadership, both from Abilene Christian University. He raises money for Rwandan orphans and genocide survivors and, along with his wife, is the cofounder of Rwanda Children, an organization that provides medical insurance to Rwandan children. They also founded a children’s home in Ntarama, Rwanda. They currently live in Abilene, Texas.