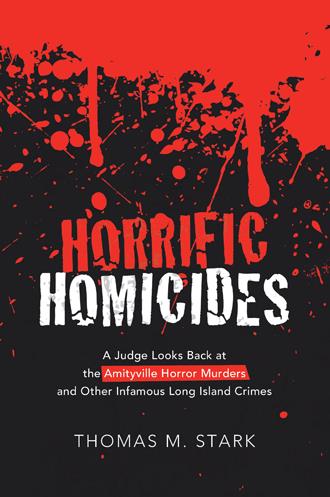 My most notorious criminal case was the 1975 trial of twenty-three-year-old Ronald Joseph DeFeo Jr., who was convicted by a jury of intentionally killing his sleeping parents and four younger siblings in their home in Amityville, Long Island, during the night of November 12–13, 1974. During his lengthy imprisonment, DeFeo recounted various versions of the events of that night in court proceedings and interviews. Those shifting stories include admitting his own guilt in the six murders; denying any guilt whatsoever; blaming others for the six killings; and admitting that he first killed his parents and ultimately his eighteen-year-old sister after she allegedly killed the three younger siblings.

The undisputed fact in this case is that on the morning of November 13, 1974, six bodies lay dead in their beds, each life terminated by bullets fired from Ronald DeFeo’s .35-caliber Marlin rifle. The fact that DeFeo was the sole person who fired that rifle into those six family members was established beyond a reasonable doubt to the satisfaction of twelve jurors who examined the evidence presented during a six-week trial and then deliberated for three days. Four experienced appellate judges, after considering the trial record and DeFeo’s arguments, came to the same conclusion and upheld his conviction. In the years since the trial, I have never found any basis to question his guilt in the six murders.

The story did not end with DeFeo’s guilty verdict. A 1977 best-selling book, The Amityville Horror: A True Story, recounted supernatural events allegedly occurring in that Amityville home shortly after the murders. Two years later, a July 27, 1979, New York Post headline reported that the best-selling book was allegedly a hoax: “Lawyer Claims Amityville Book Was Hokum, not Horror.”

Since 1975 I have participated in four videotaped interviews concerning the DeFeo family murders and the trial, and those interviews were incorporated into televised documentary programs. The extent of my broadcast remarks was limited by the time constraints imposed by television. This horrific crime and its aftermath, the so-called “Amityville Horror” hoax, deserve a more expanded recounting. This narrative tells the entire story that produced the headlines and the best seller.

A scorned woman, an incensed deli owner, a drunken cop, and an antisocial son. These were the most memorable murder defendants to appear before Long Island judge Thomas M. Stark during his thirty-seven years on the bench.

None was more notorious than Ronald DeFeo Jr., who in 1975 was convicted of shooting six members of his family, a crime that sparked tales of hauntings later recounted in the best-selling book The Amityville Horror: A True Story. Drawing from his personal files, Stark gives readers an inside look at the brutal murders, the frenzy over the alleged psychic events that followed, and DeFeo’s decades of shifting stories about what really happened that fateful night.

The book’s other tales of true crime include long-forgotten cases that mesmerized Long Islanders from the 1960s to the 1980s: the murder-for-hire of an unfaithful paramour, a fire that took the lives of a mother and three children, a Southampton society melee, and more. A noted expert on criminal law, Stark delves into the legal issues raised by each murder and shares the thinking behind his rulings. These real-life cases are sure to fascinate fans of both true crime and courtroom drama as Stark brings to life tragic stories of love and betrayal, a feud turned deadly, partying gone awry, and a family killed in cold blood.

Thomas M. Stark (1925–2014) was born in Riverhead, New York, and graduated from Holy Cross College and Harvard Law School. Over his long career on the bench, including twenty-nine years as a New York State Supreme Court justice, Stark developed a reputation as a tough but fair-minded jurist with a deep knowledge of criminal law. “We needed a judge who absolutely could not be pushed around,” wrote the prosecutor in the trial of Ronald DeFeo Jr. “The only judge in Suffolk County who possessed that kind of total control was Thomas M. Stark.”