What You Should Have Been Told but Weren’t 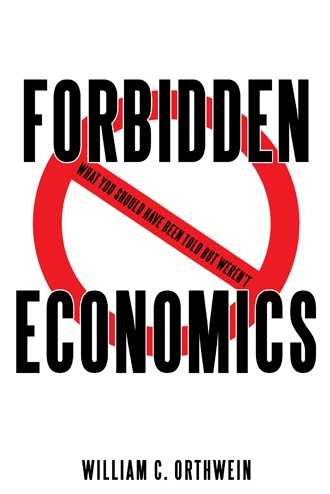 Clearly the amount of wealth produced in the private sector is determined by the amount of energy available to that sector for wealth creation, so it follows that the government, military, and police sectors should efficiently use the energy they receive to minimize the amount diverted from wealth production. It also follows that energy absorbed by excess government activities and by people who make a career in being welfare recipients is wasted. Energy that flows to the parasitic welfare population produces no new material wealth and drives nothing that contributes to national wealth. That energy is entirely absorbed in the production of food they eat, of their clothing, in the maintenance of their housing that suffers from abuse by its residents. It is absorbed by the bureaucracy in their welfare administration, by transportation for their entertainment, by illegal drug and alcohol consumption, by trips to emergency rooms, and by the energy used in medical care and in incarceration facilities for its criminal population. All that energy goes directly to the energy dump with no compensating wealth production.

Redirection of that wasted wealth back to those who create wealth would benefit everyone who is gainfully employed, including those in a government.

As soon as you enter the work force, you must earn, spend, save, and invest wisely the money you receive—or suffer the consequences if you don’t. Making the right decisions will be easier once you understand how the economy really works. For instance, did you know that all material wealth comes from just three activities: farming, manufacturing, and harvesting whatever was not planted? Get the wisdom you need to save and keep more money and—if you’re a government worker, politician or a concerned citizen seeking to influence elected leaders—take steps to improve the national economy. You’ll also discover how to: protect wealth from money lenders, governments, and others who want to take it. apply an understanding of supply-demand curves, forms of money, and basic economic concepts to improve your economic status. promote the preservation of valuable natural resources. By examining economics at the personal and national levels, you’ll be better equipped to take control of your own future. Whether it’s getting a car loan, deciding what mortgage is right for you or understanding the inner workings of the Federal Reserve, you’ll be empowered by the insights in Forbidden Economics.

William C. Orthwein earned a bachelor’s degree in physics from MIT, and a master’s degree in mathematics and a doctorate in engineering from the University of Michigan. Before retirement he worked in the aerospace and defense industries, and in academia. After retirement he became interested in the mathematics underlying everyday economics and the insight gained from the implementation of that mathematics motivated this book.