An Anthology of Short Stories and Spiritual Messages, Volume I 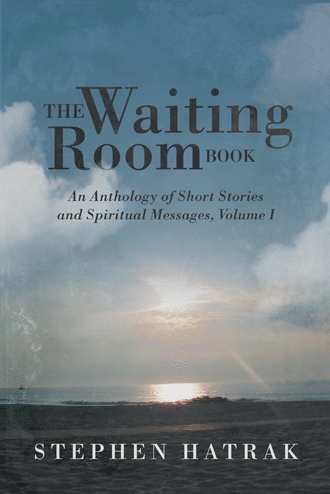 Kala's love affair with butterflies began as a young child during her summertime visits to her grandparent's Lancaster County farm. The farm had been in the family for three generations before being sold when her grandfather passed away, and it became too much for her grandmother to manage on her own; despite the pleas for her brothers’ assistance; who we're having their own struggles, there was, unfortunately, no one else to turn too other than ol'e Ms. Crotchett, the virulent spinster who happened to own half the county.

How Millicent Crotchett came into possession of the Ludwig farm nearly twenty years ago, was a tale wrapped in a mystery, and spun many a folklore stories of magic and sorcery; rumor had it that she had somehow beguiled old man Ludwig into giving it away; his one hundred acre farm to a secret society, and then disappeared, leaving Crotchett and another woman his entire estate worth millions.

Over time, Crotchett began buying up foreclosed farms; every day of the year, she could be seen riding her antique, circa 1870 bicycle along the east end of the county; the area hurting most due to the Great Recession; looking for farms in distress to prey upon; like a Vulture looking for it's next meal; which included Kala's grandmother's farm.

On a brisk, grey afternoon in November, Kala's grandmother signed over the deed to the property with the exception of the one acre parcel that was home to a butterfly garden, and the family burial plot where her husband of nearly forty years rest in peace. Every one and anyone had warned her grandmother that Crotchett would not keep her word to spare this area of the farm; she had made a pact with the devil; soon after her grandmother' death, Crotchett had the parcel, along with the farm house burned.

When Kala returned years later, the garden area was unrecognizable; it lay in ruins; immolated rocks and stone strewn over the landscape; now occupied by species of thick weed.

She wandered over to the stone marker; her grandmother’s resting place, and sat, recalling the remarkable days spent with her, mesmerized by the sagely words spoken to her by the self-effacing matriarch of the family; while at the same time, tending to the beautiful gardens that attracted the most beautiful species of butterflies. Tourists from every direction would come and walk the fields; hoping to find serenity in the chaos of everyday life.

Just as she was leaving her sojourn into the past; she heard a gentle voice call out; “Peanut;” startled, she turned in the direction of the voice and saw no one, other than the most majestic creature floating above her; the voice called out again, this time a bit louder; “peanut;” again she looked, and saw no one; just, the butterfly, again, that by this time had landed on the top of the stone marker.

Kala’s first instinct was to reach out; she stretched her arm forward, with the index finger of her right hand pointed in the direction of the butterfly; urging it to sit up on her finger; not only did the heavenly creature comply, it began to speak to her. “Peanut, my darling, where have you been?” Up until this time, her mind had been traversing time; past, present, and the future. The azure canopy above her seemed to illuminate the bright orange and mellow yellow pigments of the butterfly; with the shake of her hand, she set her friend slewing through the air; only for its return once again; now perched on her left knee. Once again, it spoke; “don’t be frightened Kala; it is me, Grandmamma.”

She onerously tried to make sense of what was happening; was she so distraught that her mind was playing cruel tricks with her mind; or, an ostensible realty; from which there was no escape. What made it worse was the undeniable fact that “Peanut” was the name her grandmother often referred to her; and “grandmamma” the name she referred to her grandmother.

While an assistant district attorney for Philadelphia County prepares for the biggest trial of his young career, he receives a shocking diagnosis from his doctor. Never one to give up easily, the attorney now must battle the effects of a brain tumor, while also seeking justice for a woman presumed to have been murdered.

In his collection of short stories filled with intrigue, mystery, mysticism, and surprise endings, author Stephen Hatrak shines a spotlight on a colorful cast of characters facing unique challenges. After Ryan and Nadine arrive on the beach for a day of respite, Nadine decides to walk along the shoreline, unaware of what she is about to encounter. When Sarah Jochian’s Pennsylvania farm becomes the focus of a search for two missing children, an old man waits to exact his terror on Sarah and her coven of witches. Three best friends, all coping with equally as distressing dilemmas in their lives, purchase lottery tickets without any idea that the odds of winning may not be as far off as they think.

The Waiting Room Book is a collection of entertaining short stories that leaves the ending to the imagination while reminding all of us that life can change in an instant.

Stephen Hatrak is an eight-year survivor of brain cancer and the author of A Statistic of One. He holds a master’s degree in public administration and is the former associate administrator of a state correctional facility. Now retired, he lives with his wife, Nancy, in New Jersey, where he enjoys doting on his daughter’s Maltese, Bentley.