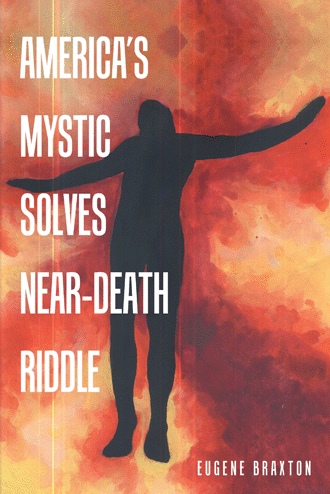 The Next Big Thing ..

What near death researchers desired,

and what would be prime, would be to have a near death research subject

one who'd been highly psychic since childhood, and

had experienced and was familiar with the various forms

and the thoughts of others. Synthenesia(multiple sensing),

synchronicity(synchronized coincidences) would also be

of great value, as would this person also having had

hundreds, even thousands of out of body

dreams that turn into conscious out of body experiences,

one the nations most extremlely Haunted

Mansions,which was used as a booster to amplify his natural

psychic abilities, and last but not least.. a landmark

It would also help if the experiencer, was a person with great

visual acuity, such as an artist, a police officer, a film director

or even a writer, with such acuity, who could then put the

images seen and experienced into words, and drawings that could be

further examined by the near death scientists and the world

at large. The subject experiencer should have an impeccable

with the appearance of athletic ability and a reasonable level

of education preferably at the college level or above.

thing that thing is then moved towards the thinker.

this earth, it shall be given to them, by the

father who is in heaven.

Certainly Dr Greyson, was looking for, as Dr Atwater said about

the book publishers, "the next big thing" .

research with a high level paranormal

scientist. I never dreamed I'd be working with the #1 world Authority not to mention three world

authorities , but when God enters the equations.. it always supercede's what that person expects, or can

“Dear Mr. Braxton, I appreciate your perspective on your near death experience, grounded as it is in years of prior experience, with out of body visits to other realms, and your interest in helping us with our research…I thank you in advance, for your help with this important research, and look forward with pleasure to meeting you.”

“Eugene, it’s about time you came out with what you know...and good luck with your book it will be important.”

“I have also heard of this American Mystic, and I have heard that at the age of 15, he was...The World’s Foremost Authority on Levels of Consciousness and Experimental Dream Control”

— Dr. Charles Tart – #1 World Authority in Out of Body Experiences and Levels of Consciousness

“Keep up the good work, Eugene”–

Albert Einstein said that all knowledge comes from experience, and he was right. Without learning from experiences, scientists can’t gather the data they need.

When it comes to near-death experiences, however, we’re often left without the necessary information. Those who remember anything usually just recall a flash of light or a faint sound or voice.

But Eugene Braxton could remember almost everything after he nearly drowned in a lake at age fifteen, which followed years of lucid dreams, visions, and other strange encounters.

He’s been honing his skills as a mystic ever since, and he explores amazing experiences that he and others have had – everything from UFO sightings, probable abductions, different levels of consciousness, and more.

Discover insights on the length of time between death and re-consciousness, what happens at the moment of death, why levitation is normal in the afterlife, and the changes your mind and spirit will undergo as you approach and pass through death.

Get the forbidden knowledge and hard-to-find research you’ve been craving about near-death experiences, the afterlife, and the union of mysticism and science in America’s Mystic Solves Near-Death Riddle.

Eugene Braxton, American mystic, researcher/writer,lives in Philadelphia…Thru out his entire life time he has had certain advanced esoteric experiences that have given him knowledge and abilities, that would otherwise take many lifetimes to attain