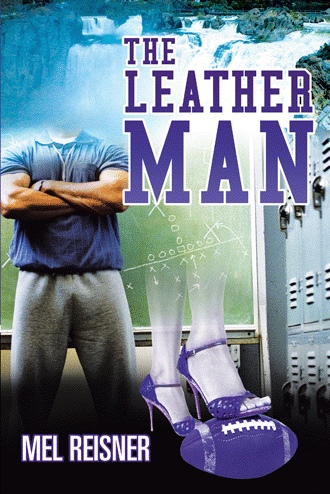 On a spring day in 1911 an Idaho farmer pulled a 1,500-pound sturgeon out of the Snake River. It was then and remains today the biggest fish ever landed in the U.S. interior. To many, it also stands as a metaphor for the superlative nature of Idaho water. At least two of the state’s water features are world-class:

—Thousand Springs is the primary outlet for one of the world’s largest aquifers, an immense natural reservoir which takes water on a thousand-year tour of underground channels and Swiss-cheese rock toward bluffs along the Snake River. The outflow formed an irregular cascade three thousand feet wide before a utility company dammed it in 1912. The power plant now allows a fraction of the aquifer's volume to emerge unchecked, drawing nostalgic visitors who, denied a view of the original cataracts, content themselves with looking at century-old pictures and seeing the site from tourist catamarans. From the surface, it is scarcely possible to imagine the former reach of the whitewater cliffs where the lost rivers reappear.

—The Salmon River, which drops seven thousand feet in 425 miles, is the longest stream in the continental United States confined to one state. It drains 14,000 square miles and contains seventy percent of the steelhead and chinook salmon habitat in the Columbia River Basin. Cold and swift, the Salmon harbors fish as trim as missiles, with big tails shaped like Stealth fighters to propel them in a binary environment — swim fast or die. Each year they follow their instincts to the Salmon and fight upstream, turning the colors of a maharajah’s court from exertion and the anticipation of spawning, splashes of cashmere, forest green, silver, and vermilion mixed into designs as delicate and kaleidoscopic as their lifestyle is austere. Fish as brilliant as the birth of a galaxy and cold as the distance between stars fill the Salmon and its tributaries in a banquet of taste and vision that could not help but attract predators, including Man.

The abundance of just such clear and icy water and the magnificent fish which find sanctuary therein brought Joseph Xavier Talty to the valley of the Lemhi, a tributary of the Salmon, when he retired as a heavy equipment operator. After years of being serenaded by diesel engines and hammered by dynamite blasts, the dam builder found himself compelled to live near a free-flowing stream in the shade of aspens and cottonwoods behind a pioneer fence that kept his small herd of Black Angus cattle in and passers-by out.

"Wow! A story that encapsulates college football in the ’60s. From Edison Green attempting to challenge the stigma that a black man could not be a big-time college quarterback to Quintus LeClaire, the Vietnam veteran lost until fate gives him the opportunity to rekindle his life through football and become the ‘blue-chipper who fell through the cracks,’ to the life struggles of coach Ben Steinbrecher, called the Leather Man, who faces his challenges and finds himself as a result, this is a must-read from cover to cover."

Canyon City, in southern Idaho, is the home of Canyon State College, a small school in possession of a large football coach—Ben Steinbrecher, a man as strong as Samson and just as rooted in the Bible through his minister father.

Known to some as “the Leather Man,” the coach is doing his best to raise his mentally handicapped son in a loving home while the love in his marriage dwindles. Already kept from an NFL career by a knee injury, Steinbrecher’s frustrations pile up while his coaching career blossoms until, inevitably, he hits the brink of human endurance.

The coach’s team is peopled with characters such as Latin-quoting war hero Quintus LeClaire, dropped into Canyon State’s football program because of a Vietnam flashback and a chance encounter with a good cop, along with straight arrow David Talty, raised by colorful Uncle Joe; menacing Brock Banning; and Preston “Taters” Jones. All play a role in elevating the program and in shaping Steinbrecher’s path toward the ultimate test of his beliefs and his will to live.

Mel Reisner worked for three newspapers and five Associated Press bureaus during his career. He won writing awards in New York and Washington states and was an adjunct professor teaching sports writing at Syracuse University. Reisner and his wife live in Idaho, where he planted an International Peace Forest, mixing Serbian spruces and Bosnian pines.