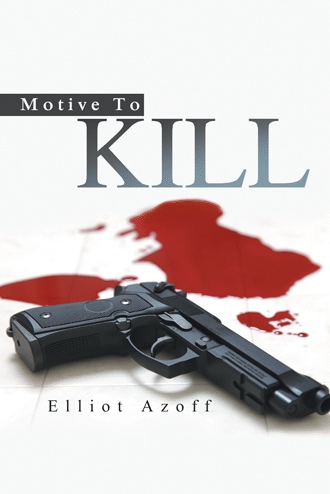 Actually, for the last six months, I’ve spent most evenings drinking and eating in the Back Room.  Loneliness was reducing me to one of those sad characters described in The Piano Man.  It’s been exactly six months since my wife of thirty years announced she wanted a divorce and insisted that I move to an apartment.  It would be an understatement to say that I was shocked.  Our marriage, while admittedly not perfect, was still better than those of many of our contemporaries.  The difference was that theirs were still stumbling along and mine wasn’t. If nothing else, I’d always been faithful to Maxine and that fidelity had gotten me, exactly what?  A chance to spend my sixtieth birthday living alone downtown in a spartanly furnished two-bedroom apartment. Since Lean Cuisine for one at an Ikea table I’d nicknamed Smedvick wasn’t exactly beckoning me home, most nights found me exactly where I was tonight.

Sitting in the Back Room.  A plate with the remnants of one of Charley’s succulent rib steaks on the table, sipping my third Cranberry and Ketel One, and chatting with Vince DeMarco, a councilman and the local Democratic Party boss, and Billy Gold, a millionaire trial attorney.

Billy is a classic American success story.  While working as an electrician’s apprentice, he went to law school at night, graduated, and passed the bar examination on his third attempt.  Billy’s not, and never has been, a particularly good lawyer. But his brother Solly was elected first Business Agent and then President of the local Electricians Union.  In a touching demonstration of fraternal loyalty, and a ten percent finder’s fee, Solly referred brother union members who had been exposed to asbestos to Billy.  And the rest, as they say, is history.

You don’t even have to try the cases.  As Billy proudly explains to anyone who will listen, the key to success is a panel of malleable doctors on retainer to provide the necessary diagnoses, several underpaid paralegals to prepare individualized packets describing the maladies suffered by and damage done to each client, and the patsy companies and their insurance carriers that just throw money at you.  Most of the settlements are seven figures, and Billy gets a third.  Compared to Billy’s piracy, my billing rate is quite reasonable.

Vince, Billy and I were just sitting around and discussing the upcoming NBA playoffs.  A meaningless, end-of-the-season NBA game graced the large plasma screen that McGinty had mounted on one wall of the Back Room; the play-by-play was muted.  In other words, it could not have been a more ordinary post-separation Friday night.  Nothing more important on my mind except that Vince was wrong.  LeBron was better than Kobe and the Heat would be in this year’s NBA finals.  The truth was that I was in no particular rush to return to my new home, the apartment.  If I had something better to do, I would not have been sitting there talking to Billy.

So anyway, when my cell phone rang, I realized I needed to change the pulsating four-ring melody to something less annoying but, I had no premonition, no creepy Friday the 13th fingers of unease prickling up my spine.

Looking back, it’s hard to say who exactly I was expecting to hear when I pressed the button.  One thing’s for certain, though, it was not a sobbing, gulping, hysterical woman, which is precisely who I heard.  Those are not the kind of calls I usually get.

For the briefest moment, I imagined it was Maxine.  Some unexpected tragedy had brought her to her senses and she needed me to return home.  That delusion was quickly dispelled.

Between uncontrollable sobs, I heard: “Paul’s dead.” Sob. “He’s been murdered.  I” Sob. “need help.” Finally there was recognition.  The voice was Phyllis, my best friend Paul’s wife.  Actually, for the sake of full disclosure, Phyllis was Paul’s fourth wife.

Steve Stein is a mild-mannered lawyer in a prestigious law firm when his best friend since high school, Paul Martin, is found shot to death in a Wal-Mart parking lot under mysterious circumstances. Steve starts asking questions, but nothing he learned at Harvard Law School will prepare him for the truth.

Paul was living a secret life. Four times married—and three times divorced—he was a notorious gambler, which Steve suspects might have something to do with his murder. However, his investigations lead him in a direction he never suspected. Now mixed up in fraud, terrorism, and murder, Steve’s life is turned upside-down.

He soon finds himself working to help the FBI, which could very well get him killed. The list of suspects in Paul’s slaying continues to grow, from a bitter ex to an estranged son to drug dealers. With Paul’s funeral but days away, Steve hopes to solve his friend’s murder before he ends up in a casket of his own.

Elliot Azoff graduated from Yale University and the Harvard Law School. He has worked for over forty years as a labor lawyer, representing large newspapers like The New York Post, Wall Street Journal, and Plain Dealer. This is his first novel.