Pick Yourself Up and Attack Your Day with Enthusiasm 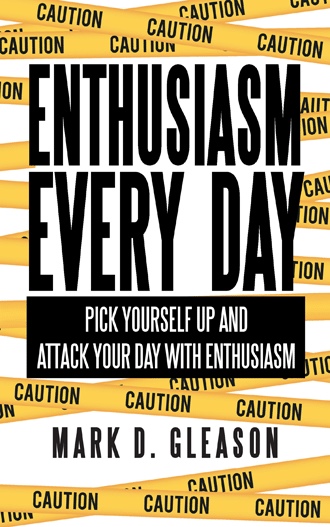 Are you searching out wisdom? If yes, it’s searching for you as well. Today and every day forward will become what you decide to make it. Are you ready for your daily dose of energy?

Think what you are;

You are what you think, either way.

It might be best to say, “It’s okay to get better each day!”

Dad always said, “The only ship guaranteed to sink is a partnership.”

Not sure if that’s 100 percent for sure, but if you’ve experienced a bad partnership, you can see how it just might hold water.

Some ground rules for establishing one that hopefully floats.

Have written rules, a manual while at sea.

Stick by the rule in the roughest of waters.

Be fair; everyone in the boat must row equally.

Make sure the plan’s original objective is seaworthy.

If heavy winds come upon someone’s boat, help everyone to shore quickly.

No partner is an island or can be expected to do it all.

After reviewing these rules, maybe you should consider

A short cruise instead of

March 6. Everyone Thinks They’ve Got the Answer

Simply offering situations without solutions is like trying to ride a bike without a chain;

It’ll get you nowhere.

It’s like offering a diagnosis without being curious about the cause.

Ignore all the logic of those screaming at you,

Trust that one reason why it will—you.

So many people today hammer away at what you do,

Letting you know if you do it their way, it might work,

But any other way is not in the cards.

They don’t know you, do they?

Everyone’s got one and most people are always sharing it with the world.

Maybe it would make more sense if every day we could all share only one bit of advice.

According to leading psychologists, IQ accounts for just 20 percent of success:

EQ (emotional quotient) is actually where it’s at.

Motivation, empathy, and social skills are the other 80 percent to work on.

Today, get motivated and socialize and fire up.

It’s part of your IQ.

Depend on no one—that allows great independence.

It is one thing to woulda, coulda, shoulda all over yourself.

It is a whole other thing for someone else to woulda, coulda, shoulda all over you.

The moral of the story is

Keep criticism to yourself, the person who more than likely needs it most.

All you need is love.

June 4. The Rung of Success

June 8. Conversations with Yourself

You are your own biggest advocate.

Heal with humor and the help of yourself.

Of the 57,000 conversations we enjoy within ourselves daily, just who else do you really expect to

You can heal yourself by listening to yourself.

Stop right where you are today and answer this:

Do you have what you want?

Or do you have a list loaded with reasons why you don’t?

Probably the most important one,

August 15. Which Side Is Yours?

One claims they do.

September 25. The Grudge Match Within

A wise old man once said, “Holding a grudge and expecting it to change something or someone for you, is like drinking poison and expecting the other person or thing at fault to be sickened.”

Get over it doesn’t mean forget it, but it means release the other person and stop holding grudges.

You will benefit by releasing the grudge match that’s within you.

When you feel like life has you jumping through hoops,

I’ve had friends who were bigger than life.

Their aura of greatness shined through with blinding light.

I knew they were near before they’d appear.

But once they are gone I was lucky to just have seen them here.

I love you my many friends, till we meet again, thanks for being my friend.

While never needing to see it to believe in it.

They said you couldn’t do it.

They said you shouldn’t try.

I guess they didn’t know you, and that’s the reason why

You’ll never be known as a failure, just as long as, yes, you try.

Almost anything is possible—but first you’ve got to try.

I have faith in you.

When you live in the city called Limited City,

We’re all given a vocal chord,

Let’s not use it wrong and strike a chord.

It’s the reverse of use it or lose it—

Are you searching out wisdom? If so, it’s searching for you as well. Today and every day forward, will become what you decide to make it. Are you ready for your daily dose of energy? In Enthusiasm Every Day, author Mark Gleason offers daily quotes to inspire motivation, and he presents the knowledge to help you grasp what life has in store for you.

Gleason presents a year’s worth of quotes to help you speak, persuade, perform, win over, and learn to listen. Enthusiasm Every Day will teach you how to balance your intuitiveness, your humorous side, and your ability to reason in the daily process. Each page will train you to ask for more by looking within yourself.

In this inspirational book, Gleason shares a host of uplifting, thought-provoking quotes gained from more than thirty years of being a sales person and Realtor. He shares messages gained from a lifetime of teachings about how to thrive, survive, and get more from yourself. These success policies will leave your soul being the winner you have always wanted to be.

Mark D. Gleason began his career selling suckers, snakes, junk, houses, land, condos, advice, and now his writings. A Realtor for more than thirty years, Gleason speaks to groups around the country. He and his wife, Kim, live in West Michigan, and have three daughters. Visit him online at www.soldbygleason.com