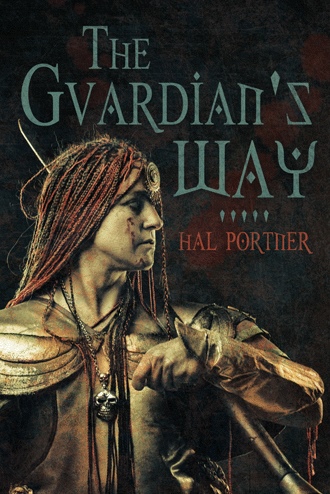 The Lord High Wizard is dead … long live the Lord High Wizard!
The Citizens’ rhythmic chant echoed from the Citadel’s turreted walls and careened among its marble-columned buildings as though it was searching for an object on which to cling. Indeed it was on such a mission; to reach the ears and coax into view the old ruler’s successor.
The shouts of the crowd in the courtyard grew louder. Upraised eyes focused on the balcony jutting just beneath the battlements topping the Wizard’s Aerie. Ignoring the press of bodies around them, two men stood glaring at each other, faces red with anger. “Stop shoving, you slimy snake,” shouted the shorter of the two. His booted foot kicked out striking the other’s shin. “You will pay dearly for that, you insignificant runt,” hissed the other, and swung his ham-like fist. The target of the blow ducked, stumbled, and upended the full-bodied Citizen behind him. “Hey,” the burly man shouted. He picked himself up and landed a balled-up fist atop the stumbler’s head. The commotion swirled outward - spinning like the arms of a voracious whirlpool - until curses and cries enveloped half the courtyard.
High above in the Aerie, Garth paced the sanctuary’s slate floor. It was in this sacred space that Garth’s father, Zard, had paced while deciding how and where to wield his power. Now it will be my feet etching the blue stone – my decisions that will determine what will best serve the Citizens of the Citadel and bring glory and power to Massina.
Bright morning sunlight streamed through the Aerie’s tall, narrow windows painting vertical stripes on the walls. Garth raised a long-fingered hand and slowly drew it, palm forward, across the tapestry of alternating light and stone. The vertical columns danced as they followed the wizard’s weaving fingers. He drew his palms together and interlocked his fingers. The columns shimmered and twined in and among each other forming a pulsing braid. Garth smiled, reversed his hand’s direction, and the braid unraveled into its original pattern. Like my father and all his fathers before him, my wizardry works well and true. Like my father and all his fathers before him, I can use it as I will … and I will use it well. The people of Massina will love me. They will walk proudly through the Citadel’s gates and along its terraced courtyard. They will smile and dance as they tend their flocks and harvest their crops.
The screech cut sharply up from the cacophony below.
“Watch where you’re going, you stupid lout!”
“Watch your step, pig. If you were not so fat, there would be room for the rest of us.”

Garth slammed a fist forcefully on the sturdy table top. The sunlit bands on the wall scattered.
My people debase themselves and each other with such behavior. They waste their energy by feeding it to their base emotions. They must bury such feelings. I will use my powers to make it so.
He resumed pacing, this time with a determined stride.
Zbenzard would have wasted his powers on inconsequential matters. Just because my brother was older than me, he was not wiser.
Garth and Zbenzard. Memories of the two of them together in the far forest flashed through his mind. Zbenzard’s unsheathed blade leaned against a boulder. The sword’s golden hilt gleamed in the midday sun; its pointed tip nosed between short blades of grass as if hoping to unearth a suitable foe to while away the time until sheathed at the hip of the heir to the old wizard’s sovereignty. Garth kicked at his brother’s blue tunic neatly laid out alongside the boulder. Zbenzard had carefully placed it there along with the rest of his clothes before diving into the cool water. He watched Zbenzard, waist-deep in the rivulet, splash its sparkling coolness over his face and shoulders. Then he reached …
“It is time, My Lord.”
The valet’s words pulled Garth from his reverie. “Yes, yes, Rennet. I am ready.”
The servant placed an oaken footstool alongside Garth. In spite of his short bowed legs, he nimbly hopped up. Rennet raised his arms, and with a flourish, positioned the long crimson cape of office across the broad shoulders of his new Lord. Garth drew together and secured the collar. His fingers lingered for a moment, and caressed the clasp’s silver entwined dragons. The Drage, the sigil of the Lord High Wizard; it is now mine!
Rennet produced a soft-bristled brush from his pantaloons and flicked a speck or two from the back of the cloak. A slight tug straightened an unruly fold. “You are ready, My Lord.” He stepped from the footstool and moved it aside.
Garth, Lord High Wizard, Protector of the Realm, opened the casement and stepped through the floor-to-ceiling arch onto the balcony. Below, angry shouts mixed with whorls of kicked up clay, thickening the heavy spring air with clouds of anger and dust. The wizard watched and waited, until, from the middle of the melee, came one voice, then another.
“Look, up there on the balcony.”
“It’s him.”
“It’s young Garth. May the Great Spirit bless him.”
“Long live the new Lord High Wizard!”
Fingers pointed, faces raised, and the maelstrom of snarling curses and straining bodies metamorphosed into waves of cheering cadences and craning necks.
Arms outstretched, Garth acknowledging the accolades rising from below. They smile – united in their enthusiasm. They express their joy. They forget their anger, their base feelings ... for the time being. This is how it should be all the time. This is how it will be all the time. This is how they will honor my name ... for all time.
Garth spread out his arms. The atmosphere shimmered, danced, and following the wizard’s weaving fingers, twined in and among the Citizens.
“From this day forward, I banish to the far reaches of the realm the base feelings all Citizens of Massina against their fellow Citizens. They shall bury their readiness to express anger against their fellow Citizens. They shall suppress any and all urges to act with violence against their fellow Citizens.”
The Lord High Wizard, Protector of the Realm, faced his palms outward and swept them across the multitude below. “You and your children, born and yet to be born, will speak highly of me above all other men and venerate me as you do the Spirits. You and your children, born and yet to be born, will praise my benevolence. You will look to me to shield and protect you from those not blessed to be Citizens of my Realm. In return, I gift you, Citizens of Massina, wherever you be throughout my realm, with tranquility and serenity, with feelings only of good will toward your fellow Citizens.”
Below, in the courtyard, the short fat man and his taller, thinner neighbor, turned toward each other, linked arms, and made their way together through the quietly milling crowd.

When word quickly spreads of a horrific monster that threatens every village in the realm, Garth takes action. He enlists and trains a troop of elite warriors, Guardians aided by spirit allies, to hunt down and destroy the monster. Evolyn, devoted daughter to the wizard’s blacksmith, is one of the warriors chosen for this new battle. What begins as a straightforward mission thrusts the noble Evolyn and her Guardian cohorts into encounters with a magical sword, fratricide, covert alliances, prejudice, jealousy, betrayal, love, and confrontation with their own internal monsters.

Is this monster more that it seems? Is the magic of Garth’s fathers worthy enough to protect his people from this new menace?

Hal Portner is an educator and former member of a state department of education. He is the author of ten nonfiction books; The Guardian’s Way is his first novel. He has four daughters and two grandchildren and lives in western Massachusetts with his lovely and talented wife, Mary.