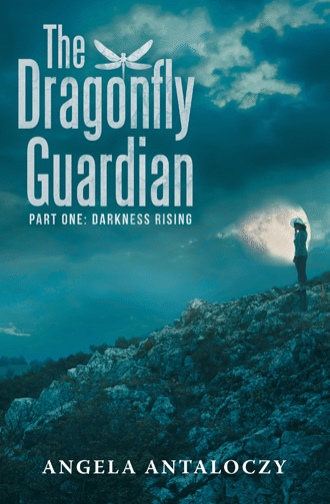 There is no light in this dark place

My eyes snapped open, heart racing, sweat running down my neck. It was the third time this week that I woke this way and each night was a replay of the nights before. The power has mysteriously gone out leaving the red lights flashing on the clock next to my bed and an indescribable terror hung in the darkness around me.
“It was only a dream” I told myself.

I stared into the black abyss of my room; it always took a minute for me to realize where I actually was; my room and not my nightmare. I had thought that by now I would have grown accustomed to the dreams however no matter how similar they were to one another they all caused fear to rise in my chest. The kind of fear that freezes your entire body and makes you want to pull the blankets over your head in hope that if there really is a monster in your room it will just go away.
I learned that pulling the blankets over your head really doesn’t help the situation, it only makes it worse. All you can do then is imagine what is on the other side of that blanket. It’s better to just get up and look, remind yourself there are no such things as monsters.
After a few deep breaths I force myself to do just that. I know there is no way I would sleep again and if I didn’t reassure myself there was nothing there I would start to believe there really are monsters in this world.
“One…two…” I counted in my head. The plan was when I reached three I would jump out of bed and run to the door, this to escape the feeling of a beast wrapping its bony fingers around my ankles and pulling me under “four..” okay so I never actually got up at three, it was more like “seven…eight…just go” I yelled at myself.

When I was a child it was my mother that would come to the rescue. I would wake up screaming and in a matter of seconds she would fly through the door letting the hall light flood the room. There she stayed until I was calm enough to look and see there was nothing there, that it was only a bad dream. She asked me once what I dreamed about that scared me so much but even then I couldn’t admit to the things I saw when I closed my eyes. She never asked again but I always felt like she knew, maybe she had similar dreams as me, I wish I would have asked her when I had the chance. I wish I would have told her about the darkness and how it scared me but the dreams became a distant memory until about six months ago. The truth I face now is how much I miss her, how much I regret everything that happened and the wish that I could have it all back, even for a day. She is not here to rescue me any longer. I have to do this on my own.
“You are eighteen years old Annabelle” I remind myself. I am not a child anymore and monsters are not real.
“Ten…” I always take a deep breath and close my eyes as I swing my legs over the bed and even though I bolt to the door in search for the light switch it’s not fast enough. The thought of the beast behind my catches my nerves and send me into a spiral of fear. I frantically search in the dark for the switch, the one thing that will calm me, the one thing that I can’t ever find, why is that? Finally my hand runs over it and I flip it on. Even through my closed eyes I can see the light and instantly my body relaxes.
When I can finally breathe normal again I open my eyes and turn to face the room. This is the place that should feel safe to me but lately it has been a prison to my mind.
Maybe it was just the fear of the unknown but the minute my body began to shift back toward the room I was transformed back into the dream. The white walls catching fire and the ground becoming the hot desert I had just escaped from. Only I didn’t really escape, I just woke up as I was now; awake. How was this happening? I knew the door was right behind me all I had to do was find the knob behind my back. This was not real; this was a trick of my mind. But it felt real, the ground vibrating under my feet, the laughter echoing through the fire. I closed my eyes again. Even awake the creature of the deep found me.
I spun back around to the door and searched for the handle, my hand shook uncontrollably but I found the handle of the door and pulled, finally it burst open and my escape was ahead of me. But when I looked back I found my room as it was, my room. No fire, no laughter-nothing. Maybe it was a dream in a dream… that is what would get me through this, remembering dreams are not real.
I didn’t look for monsters instead I walked out of the room, leaving the light on and flipping switches to the other rooms as I walked by them. I refused to be in the dark when I was a child and now here I was ten years later feeling the same way.
I decided that I was too young to have to deal with sleep deprivation, too young to be worried about the supernatural world, which by the way I still don’t believe in. Too young to think that I am losing my mind, but all of these things are staring right at me and even if I think I am too young, the world waits for no one I can’t deny something is going on, I just don’t know what it is yet.

Eighteen-year-old Annabelle Lewis has been haunted by nightmares ever since she can remember. When she was young, her mother kept the terror at bay. Unfortunately now that her mother is gone, no one can help Annabelle but herself as the monsters who haunt her nightly step into reality and test her sanity. Something dark is rising in the small town of Wells Park.

When the Cohine family moves into town, Annabelle’s long-held beliefs are soon altered. Captivated by the youngest brother, Jaden, who speaks of worlds unknown to her, Annabelle quietly wonders whether she can trust him. But Jaden is not the only one seeking her; darkness is fighting just as hard. After she learns her blood could be rare, precious, and powerful, Annabelle soon finds herself torn between two worlds--one good and the other evil--and a choice with the potential to change her life and the future. Now only time will tell if she has the courage to take on her destiny or whether she will live long enough to find out.

In this young adult thriller, an intensifying darkness tests a teenager’s beliefs, courage, and strength as she faces the monsters in her nightmares and the biggest decision of her life.

Angela Antaloczy has loved to write ever since she was young girl. With an imagination that seemed always on fire, one of her favourite things was to invent new and magical unknown worlds. Now she wants to share those unknown worlds with others. She currently resides in Vancouver British Columbia, Canada.