The Gospel According to …

A Fictional Story of the People Who Encountered Jesus 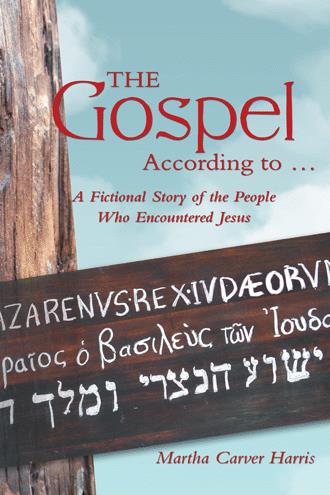 Eleizer looked up from writing something and watched me enter the doorway. His office was just inside the southernmost portico of the Jerusalem Temple. He motioned with his head that I should come closer and stand in front of him.

“Your Uncle tells me you have talents. A keen eye, a cocky demeanor, manipulative intellect, facile with words, and able to charm your way into and out of almost any situation. He also says you’re lazy as shit. Does that about size it up?”

I shifted my weight from one foot to the other, smiled, and was about to formulate some glib response when he added, “I may have a job for you.”

“We have a smallish staff; I won’t tell you how many,” he said, “of Temple observers or reporters. It is their job to travel about the country—Judea and Galilee—independently, keeping a low profile, and to report on disturbances or what may be developing into a disturbance.”

“As your Uncle Lysimachus may have told you, we in the Temple are serving—even existing—at the sufferance of the Romans. The slightest threat to Roman authority results in the crucifixion of any number of our people. A greater threat could get Temple activities suspended or worse yet occupied by foreign forces. We all remember history, the destruction of the Temple, the exile to Babylon. We don’t need that again. And we don’t need our livelihoods plundered or our people crushed. My job is to see that doesn’t happen. One way I do that is to keep track of events as they occur. That’s why I need you. You will be one of our observers.”

“What kind of disturbances are you talking about?”

“Well the most prevalent kind is some upstart Jewish teacher who thinks he’s a prophet, and corrals hundreds of people to listen to him out in the desert. Sometimes it’s the Essenes, a small religious sect that lives in some caves nearby, but mostly it’s the traveling preachers.”

“What kind of harm do they do? I mean politically.”

“Well they stir people up. Get them angry. Sometimes they inspire ill-timed assassinations, or attempts to slaughter members of the Roman contingents about the countryside. The perpetrators are not very clever about it. It usually results in their death, and the crucifixion of numbers of other persons who weren’t even remotely involved.”

“What’s the worst that could happen?”

“Oh the Romans could march in, shut down the Temple, make us worship Caesar and, if we refuse, slaughter us all.”

“So a lot is at stake. But what do you do with the information once you get it?”

“It depends. But in general, we simply try to plant stories and undermine the ringleader’s validity with the people. Usually that solves the problem. Sometimes we send in people overtly connected with the Temple to engage them in discussions and trip them up. It’s surprising how well that can work, especially if the preacher is not too smart. But it can be dangerous. The people can be fiercely protective of them.”

“What if neither of those two methods solves the problem? And the people get more and more rebellious, and—”

“Well in that case, we have to take more extreme measures. But we always attempt to exercise justice and discretion.”

Not totally satisfied I asked, “So, how would I communicate with you? I mean, safely.”

“You will have to work on your own story for traveling around the countryside. You could be a trader. A man with family scattered about the country. But any information you collect would be conveyed directly to me, in person, or to one of the four contacts I designate. You may want to take notes on your journeys, so you won’t forget things. But make them discreet. Don’t get caught with them.”

“Who are these, ah, ‘designated contacts’?”

“They’re handpicked by me. All of them. Simply put, they’re loyal Levites in outlying districts—Sepphoris of Galilee, Tiberius, Caesarea Maritima and Scythopolis. My assistant will give you a list of names. Memorize it. These are prominent and respectable men of substance who can assist you in numerous ways and get messages back to me. Only these four will know the precise nature of your duties. Outside of me, everyone else in the Temple will believe you are a student of the Law.”

“Will there be financial support?”

“Well of course. You will get living expenses and regular pay as Temple staff. In addition, you will have as much money as you need to carry out your duties. Funds can be replenished, upon request, by any of your designated contacts. But don’t get lavish. I recall that you have that tendency.”

“Your job will be to attract no attention whatsoever. Blend into the populace. You may utilize sub-sources, but be clever in the way you go about it. Elicitation from sub-sources is usually effective enough, and it doesn’t involve an exchange of money. Everything you do, even the way you dress and the way you spend money, should be calculated in such a way as not to attract unwanted attention. You lose your utility that way. Remember, you are to be a silent, unobserved observer, and report back to me. You are not to engage directly with the Subject you are following.”

“And what if I decide the job is not for me?”

“I don’t think that’s an option. And of course, there are penalties for failure. Your Uncle does not want your ass back in Alexandria for three more years. You have no money, no other contacts. I suppose you could return to whoring. Are you picky? The Romans often like solid fellows like you.”

So of course I accepted the job. What the hell. It was a way to live until I got back to Alexandria. It would involve travel in a country I had never seen, and maybe a stray encounter or two. I always heard upcountry women were eager and lusty. But I already despised (and feared) Eleizer. I wondered if all the Sanhedrin were as insulting and insinuating.

Only a few weeks into the job, I got my first major assignment. The Subject was a man named Jesus, a Galilean from Nazareth, who had healed somebody’s withered hand. It didn’t seem like a major offense to me, but they pulled me off another job I was doing in Qumran and told me to get my balls up to Galilee. I could not for the life of me see why the Pharisees and Herod’s people were worried. But this event—which occurred on the Sabbath at a synagogue in Capernaum—caused a major stir among them. They accused him, Jesus, of defying them, or claiming authority which he didn’t possess. There were other minor offenses prior to this, like eating with a tax collector who invited a number of his shoddy acquaintances over, and like plucking ears of corn on the Sabbath. But they amounted to nothing really. What really galled them was that Jesus was managing to undermine the established religious structure. He acted like he knew more than the scribes and the Pharisees! 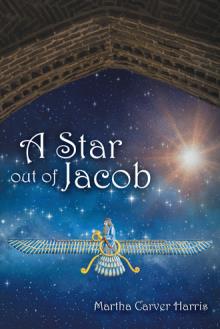 A Star Out of Jacob
Martha Carver Harris
$19.99

Biblical evidence suggests that the Jerusalem Temple ran spies and that spies were involved in following Jesus. From this idea comes the story of Darmud, an agent of the Jerusalem Temple’s spy network whose target is Jesus of Nazareth. In his quest to nail Jesus, he devises the plan that ensnares Judas Iscariot and eventually leads to the Crucifixion.

Darmud is the first in a series of narrators sharing firsthand accounts of encounters with Jesus. Also presenting the viewpoints of a Sanhedrin member, an adulteress, a slave, the Roman procurator, and others, the narrative examines the enemies arrayed against Jesus of Nazareth, as well as the doubters and sinners who eventually supported Him. The story is set against a backdrop of competing cultures—Roman, Jewish, and Greek—that both enriched and corrupted first-century Palestine. It explores how the sophistication and political acuity of Jewish and Roman leaders reacted in the presence of Truth itself.

With humor and insight, this unusual retelling of the Gospel from the standpoint of fallen humanity manages to highlight the struggle between good and evil raging in every man.

Martha Harris spent her twenty-eight-year career as a US Foreign Service officer working at US embassies in Europe, Southeast Asia, and the Middle East. She speaks Russian, French, and Italian and is an avid student of first-century Palestine. Currently retired, she lives in northern Virginia.