I Wish I Were a Jew 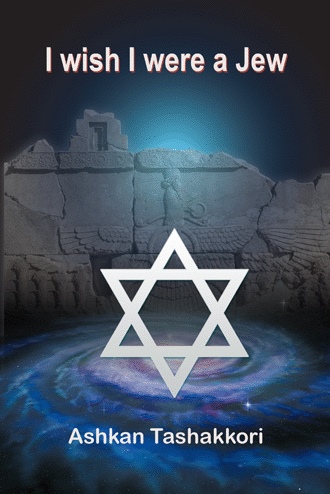 I wish I was a Jew

character and role of the Jewish nation in shaping our civilization. The book systematically examines the

sufferings, trials and achievements of the Jewish nation throughout history while exploring its current

impact and status in the world. To accomplish this task, the book enumerates in full detail the tremendous

achievements of the Jewish nation in fields as varied as the arts and sciences. In fact, one of the most

Nobel Prizes altogether for their epoch‐changing works, discoveries and inventions. This is a scintillating

feat that no other nation, except for the United States, has ever accomplished. The book also tries

heroically to dispel many myths and misconceptions about the Jewish people, including the cliché that

the Jews are miserly. Perhaps, no other book has ever so consistently offered proofs to discredit the

negative images that hostile camps have propagated against the Jewish nation. Of course, in recent times

of Iran and its allies all over the world. This is a point that the book is particularly intent to expose. In

addition, the book is quite diligent in demonstrating the dangers of a nuclear Iran while warning against

bombs. The book also exposes the role of the Islamic Republic in funding and plotting terrorist attacks in

all corners of the world. Another fascinating aspect of the book is its examination of friendship and close

relations that, since the liberation of the Jews in Babylon by “Cyrus the Great”, have made the Jewish and

Persian nations natural historical allies. As the book suggests, in a region where the danger of Islamic

fundamentalism is gaining momentum, particularly in Arab countries, Israel and Iran have only each other

to rely on. The book explores various historical evidences that prove Islam has done nothing for the

Persian people but destroying their country, culture and civilization. In recent times, the mullahs have

plundered all the wealth and resources of Persian people. The book also argues that if Iran is ever to get

out of the trap of Islamic fundamentalism, it urgently needs the support of Israel. At the same time, all

help that Israel and the Jewish nation can offer. The book, quite astutely, warns the Arab and Islamic

countries that peaceful coexistence and sincere cooperation with Israel is in their best interest. As the Six2

Day‐War has shown, Israel, despite its small size, possesses one of the most fearsome, powerful and

efficient military forces in the world. In fact, Israel is capable of defeating single‐handed the allied forces

of all Arab and Islamic countries in the Middle East. All these points are argued by the book quite

powerfully by relying on a large number of existing documents. The book also lists a number of reasons

for the legitimacy of the country of Israel while rejecting, quite convincingly, the claim that Israel has

usurped the lands of Arabs. Ultimately, I Wish I was a Jew exhibits an extraordinary rhetorical power that

an advanced and democratic nation. The book is also absolutely original in presenting an extraordinary

the possibility of progress for all countries in the world.

Author Ashkan Tashakkori was born to a Muslim family in Iran in 1958. However, he became disillusioned with religion when he observed the parasitic lives of the mullahs. He hated their hypocrisy and came to believe that Islamic ideology was the main cause of backwardness in Persian society.

In I Wish I Were a Jew, Tashakkori explains the roots of the enmity with Israel and the Jewish nation in various countries, particularly the Muslim world. After offering an objective appraisal of achievements of the Jews and the key part they’ve played in the elevation of civilization and progress of human society, he presents insights into the common misconceptions about the Jewish people and lists a number of carefully worked out solutions for overcoming them. It also examines the historical and cultural roots of the deep-seated friendship that ties the fates of the Persian and Jewish nations together.

Providing a new perspective on a crucial issue, I Wish I Were a Jew delves into the historical and political problems that have plagued this age. It can help the two sides, which have been locked in an unending feud, free themselves of their prejudices and reach a mutual understanding that guarantees a long-lasting peace in the world.

Ashkan Tashakkori is an author, composer, karate master, and political activist because of his strong beliefs about Iran’s freedom. He has published eight books in the Persian language and has composed six symphonies, one violin concerto, and many Persian music scores. Tashakkori lives in Europe and North America.