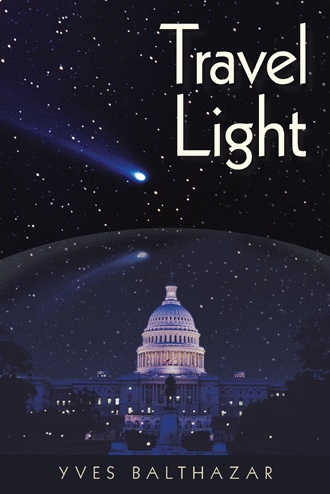 Such a Beautiful King

The guard standing outside the security booth was taken aback by the unabridged smile and the clear and audible “good morning” he received from Lance.

“Must be the weather,” he thought, “should get ready for all the small talk today.” Lance had always considered himself a happy and affable person, but too often, someone looked at him and encouraged him to “smile,” or advised, “Don’t be so serious,” or inquired, “What are you so mad about?” That morning, there was no doubt as to the nature of his mood; he was beaming. He was going to see her! He was going to have her all to himself; well, at least her company. Perhaps he will have the courage to tell her, perhaps…

“Hi Lance, you are early. How are you feeling this morning?” said Miss King as she opened the door.

“I’m feeling great, such a beautiful day!” he replied as he considered a place to sit, where the light would compliment his features. Although he had always been told that he was a handsome young man, he often felt the necessity to optimize the opposite sex perception of him. He had long discovered that light could be a useful ally. Miss King seemed even prettier that morning; more feminine. While the dress she wore was unassumingly casual and devoid of any hint of sexual intent, the slightest shift of her body betrayed that sublime physique underneath.

“I’m glad you could come,” she smiled as she took a seat at the other end of the sofa; “I have been raving to everyone about your writing. We seem to have similar interests. I’d like to talk about one topic in particular. First, tell me, are those dreams real? What I mean is have you really had those dreams that you mentioned in your presentation?”

“Yes, I have,” Lance exhaled; “and you were as beautiful as you are now.”

“Excuse me?” she frowned.

“I am sorry… I mean… it’s just that I have been practicing telling you... I know it’s not, but… I am a little nervous; would you please repeat the question?”

“No need to be nervous, Lance. I’ll tell you what; I insist you tell me what you have in mind. Take your time and speak in full sentences. I know you can; okay?”

She reached out and gently tapped his shoulder. Lance giggled silently, then began,

“Two nights ago, I dreamed we were sitting in this very office; I’ve never been here before, right? You were trying to tell or warn me about something, but all I could think was how beautiful you were; just as I was doing when you started to speak a moment ago.”

“Well! Thank you, Lance,” smiled Miss King, “you just clarified something for me; I’ll tell you one of these days. You are a wonderful young man; most women would give anything to be with you. With me, there’s a matter of impropriety, you understand. I really envy all those young ladies out there.”

“Well, I will not be a student forever,” Lance said wistfully.

“That’s true… Now, you remember that on Wednesday, professor Rhoades was here to observe the class. We have been discussing you since. He is conducting a research and he thinks you can be of help. After hearing your presentation, he has been calling me incessantly. He asked me to speak to you about joining his team on a project. If you agree, we will go see him and he will fill you in on the details. What do you think?”

“What’s the nature of the project?”

“It has to do with dream analysis. This is all that I am able to tell you. I thought you might learn something about yourself as well.”

The phone rang as Lance was about to speak.

“Tina King’s office,” she answered, “Oh! you’re already here. I thought you would still be crawling on the parkway somewhere… oh, really! Helicopter! Moving up in the world, aren’t we… just say when, we’ve been sitting here chatting, Lance and I… O.K. we’ll meet you there. Bye!”

“That was Phil… professor Rhoades. We are going to meet him in his office. Oh, I’m sorry, is it ok? The phone rang before you could give me an answer.”

“Definitely yes! Anything for you, Miss King,” smiled Lance, “you’re going to stay with us for a while, are you?”

“Are you flirting with me, Lance? You don’t want to make Marilyn angry, do you?”

“Does she know that? She is quite a pretty girl, more your type. Ok… er, are you ready to go see professor Rhoades? It’ll simply be an introductory meeting; he’ll tell you what you need to know.”

As they walked the four-block distance to professor Rhoades’ office, Lance fantasized a leisurely promenade in the park with his most lovely conquest. As usual, Miss. King drew everyone’s attention, students and faculty personnel alike; male and female. Lance could not be prouder; he took every opportunity to make her laugh and smile, and make the occasion seem less formal and more personal. It must have worked because people, some of whom normally would not have acknowledged him if he had been floating in mid air, were stopping to greet him with “alright, Lance,” and “what’s happening, man,” or “call me, dude;” others raised the victory sign followed by a wink. After a while, Miss King turned to Lance and remarked,

“Aren’t you the popular one.”

“OK then,” she snapped as she walked away from him, pouting.

He rushed to catch up with her; they laughed like two teenagers on a date. By then, they had reached their destination. They entered Professor Rhoades’ office to find him shaking his head and displaying an exaggerated expression of admiration. He had seen them cross the street from his window; he had seen her in that dress, her body slithering through the gentle gusts of the breeze.

“Lord,” he exclaimed, eyeing her up and down, “haven’t you created enough commotion on this campus. If it’s for my benefit, I assure you I’m grateful and flattered; if it’s not, then I must tell you summer is long gone, you know. Give these young men a break, and the young ladies as well; they must find it hard to compete with Venus incarnated.”

“I don’t care what the season is; you have been outside, it’s practically summer. Besides, Lance thinks I look great, right Lance?”

“Don’t embarrassed the poor guy; he probably was just being polite,” Phil interceded.

He shook Lance’s hand and directed him to a spot on a couch.

“That would really hurt. Is that true Lance, you were just being polite? I believed you,” Tina whined.

“Talk about hurt, Guess who is here,” professor Rhoades posed.

“No, not as smart, and definitely more neurotic.”

“I heard that!” declared a muffled voice.

Taggart suddenly emerged from the lavatory; he stopped in the doorway, looking insulted.

“Who said that?” he demanded, “I’ll be on ‘Are You Smarter than a Fifth Grader’ next week, and I’ll show you all.”

Everybody, including Lance, exploded in laughter. Phil almost choked on his coffee; Tina jumped back to avoid being sprayed and almost landed on Lance’s lap.

“Tag!” screamed Tina, “what are you doing here?”

“Ah! Mrs. Rhoades, you are a picture… just a picture. So, he finally got you, huh, this sneaky so and so; turn my back for a couple of years…,” said Taggart as he pulled Tina up for a kiss and a hug.

“No, still Miss King I’m afraid. I told you, you two have to fight it out, and the winner may ask my father for my hand in marriage.”

“Oh, no! Not that, not that father of yours; I just as well concede. Who is this young man? Tina, are you going younger now? Well, good for you! You know what they say.”

Lance Avignon, a college freshman with a special gift for seeing in dreams, finds himself falls madly in love with his beautiful English instructor, Tina King. But as Lance secretly admires his instructor from a distance, he has no idea that his extrasensory abilities are about propel him into an exciting adventure.

After a professor heading a dream research project learns of Lance’s talents from Tina, he and his archaeologist colleague decide the student may be able can solve an enigma posed by an artifact found near Jerusalem. Professors Rhoades and Taggart task Lance with deciphering the artifact’s ancient text, and he soon learns the object is a data storage device transported to Earth by alien scientists millennia ago and that it possesses a power that the CIA, the FBI, and superpowers around the world all wish to acquire. As love blossoms between Lance and Tina, he and the professors become embroiled in time travel, espionage, paranormal experiences, battles with extraterrestrials, and kidnapping.

In this suspenseful sci-fi tale, a talented college student embarks on a dangerous journey with his professors in an attempt to save the world from almost certain annihilation by aliens bent on reclaiming their artifact.

Yves Balthazar is a poet, songwriter, and author of the poetry collection Dreams, Wishes, and Things. He currently resides in New York. This is his first novel.