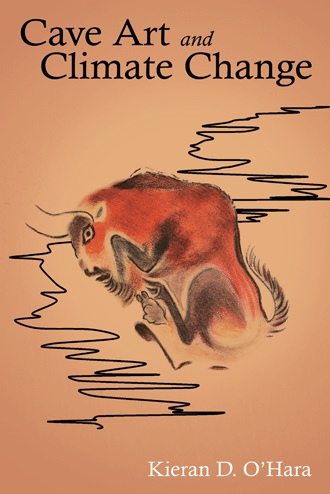 As pointed out in Chapter 1, a commonly held view among pre-historians of cave art is that the hunter-painter did not paint what they saw in their immediate environment because there is little correlation between kitchen refuse bones (reflecting diet) and the animals depicted. Apparently there were cultural filters that determined the animals that were portrayed involving ritual or some type of symbolic representation and so forth (Chapter 10). This idea extends back to the early 19th century even before Paleolithic cave art was discovered and is based on portable art depictions and the mismatch with bone remains at certain Upper Paleolithic sites. The Magdalenian site of Gönnersdorf on the river Rhine, Germany, indicates such a mismatch – mammoths are very commonly engraved on pieces of slate but mammoth bones are rare in kitchen refuse at the habitation site where reindeer and horse dominate1. Conversely reindeer depictions are rare. Similarly, at La Vache near the French Pyrenees, ibex dominate the kitchen refuse but horse and bison dominate the portable art. Taken at face value, this suggests the artists “did not paint what they ate”.

This pattern was apparently confirmed by subsequent cave art discoveries3. Historically, the best known example of the mismatch between excavated bones and cave imagery is Lascaux, where 88% of bones were reindeer, but the cave representations show only one or possibly a few reindeer out of hundreds of animals4. A second difficulty that is sometimes raised is that while aurochs are commonly depicted at Lascaux, aurochs bones are not found in the region – but this neglects the fact that aurochs bones are difficult to distinguish from bison and both are usually labeled simply as bovines. A similar mismatch between cave bones and depicted cave art occurs at Ekain, in the Basque region of northern Spain5. This has led to the conclusion that the painters did not paint what they hunted or saw, and further, that the environment (e.g. climate) did not play a role in what they depicted.

The underlying assumption in all of this is that the kitchen refuse bones are the same age as the cave artwork but this has never been demonstrated. As outlined in the Introduction, the Lascaux cave was poorly excavated and much of the archaeological record was destroyed by workmen clearing the cave for tourists in the 1940’s and 1950’s7,8. As the French prehistorian Jean Clottes noted that “in most of the deep caves archaeological evidence was destroyed as they were discovered” . This destruction was mainly by looters and well meaning amateurs who dug artifact “like potatoes”. Moreover, the standards of archaeology in the 19th century were not up to the task of making the necessary fine spatial and stratigraphic distinctions required for detailed correlations. That this happened even before carbon-14 dating was developed is sad to contemplate.

At the Magdalenian cave site of Kesslerloch, Switzerland, more than a ton (1500 kg) of bones were dug up from the archaeological layer and placed in wicker baskets and washed in the nearby stream so that the bones would not be damaged, but all the archaeological stratigraphic information was lost10. The bones excavated were mainly reindeer and Alpine hare, but also included were wooly mammoth and wooly rhinoceros suggesting a dominantly stadial climate. More recent radiocarbon dating of reindeer antler and bones from Kesserlerloch11 yield a calibrated age range from 17.5 ka to 14.9 ka (95% confidence). This time span includes the end of the Last Glacial Maximum as well as the Bølling interstadial (Chapter 3), so that any mismatch between portable art and bones could be the result of the climate change over this long time period.

A somewhat similar situation exists at Gönnersdorf. Ignoring for now the fact that mammoths were unlikely to be carried back to the encampment and so are not expected to figure prominently in the excavated bone assemblage, a more serious issue concerns the relative ages of the bones and portable art depictions. Modern radiocarbon dating12 shows that the bones at Gönnersdorf span the range of 18 ka to 14 ka calibrated years (95% confidence), similar to that at Kesserloch. However, dates on the mammoth bones and rhinoceros bones are older than the hunted fauna bones (bison, reindeer and horse) and there appears to be a hiatus between the two groups of ages12. A simple explanation of the apparent mismatch between bones (hunted fauna) and portable art (mainly mammoth) is that the mammoth depictions belong to the earlier (colder) occupation of the site. It is very unlikely the images belong to the younger age range because wooly mammoths were extinct by 14 ka cal BP (Chapter 9). There is no evidence therefore for a real mismatch at Gönnersdorf.

The error associated with a single modern carbon-14 date (including laboratory analytic error plus the error associated with the calibration curve) is typically ± 500 years and usually much larger when several dates are combined together. This error typically encompasses several climate regimes so that the probability of radiometric dates on excavated bones agreeing with directly dated cave imagery is low. The problem is more severe considering that in the past many of these ages suffered from contamination with modern carbon and were inaccurate (Chapter 6). Moreover, until relatively recently, un-calibrated radiometric dates were commonly used by prehistorians together with outmoded continental ice age chronologies making any correlation between animals depicted and climate unlikely to be unsuccessful.

The bones from archaeological sites reflect choices made by the hunters themselves which depended on the season, climate and terrain13. They would have preferentially focused on species that gave the greatest return for least amount of effort. Moreover, for the larger animals, such as bison or mammoth, the meat may have been taken off the bone at the hunting site rather than carried back to a permanent base camp, leaving no bone record of that animal. The Magdalenian site at Verbrie near Paris appears to have been such a butchering site for reindeer (Chapter 2). Caves were commonly flooded during ice retreats, disrupting old strata and laying down new strata. The archaeological bone record therefore is not representative of the animals in the environment as a whole and in many cases the strata have been disturbed. The difficulty of distinguishing between aurochs (temperate) and bison (cold-adapted) bones further complicates the matter. But there is a more fundamental reason why bone remains commonly do not correspond to depicted faunal assemblages in cave imagery.

Assuming, for the sake of this argument, that the cave art was directly dated by the radiocarbon method and yielded a calibrated age range of 14 – 15.5 ka BP (95%). In that case, the hypothetical cave art age overlaps with the bone age range. When these ranges are plotted on the graph of the methane climate curve (Chapter 3) an interesting feature

French and Spanish Upper Paleolithic cave art was drawn forty thousand to eleven thousand years ago, and it was motivated by climate change.

Kieran D. O’Hara, a geologist and professor emeritus at the University of Kentucky, explains why we know that to be true in this groundbreaking book. His goal isn’t to explore the meaning of cave art but to show why it was done.

While many scholars argue that the art depicted in these caves don’t depict the animals of that period, O’Hara argues just the opposite – putting forth the controversial theory that the cave paintings accurately reflect the climate and animals that existed alongside the artists.

For far too long, cave art specialists have incorrectly concluded that cave art doesn’t match up with the reality of life at the time because they’ve been comparing archaeological bone remains with cave imagery of a different age.

Paleolithic people survived through the most severe swings in climate this planet has experienced in the past two million years, and it was a major factor in what cave artists depicted. Examine the facts, and discover a new interpretation with Cave Art and Climate Change.

Kieran D. O’Hara, a native of Dublin, Ireland. He spent thirty years at the University of Kentucky as a faculty member in the Department of Earth and Environmental Sciences, where he is a professor emeritus. He lives in Lexington, Kentucky.