The Earth is Round the Sky is Blue

From Hector with Love 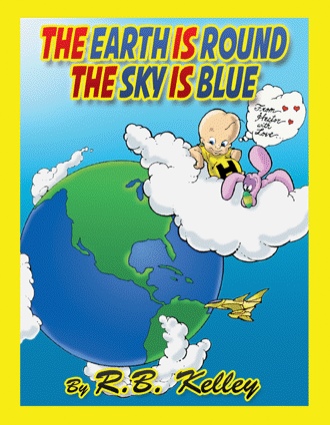 The earth is round, the sky is blue,
Let's take some time, just me and you.

To pet a deer or love a duck.
It does not mater if you drive a truck! 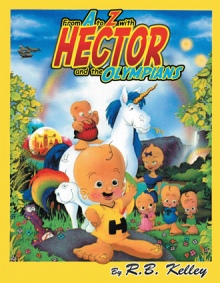 At the outer reaches of the imagination, you’ll find Olympus. It’s a colorful planet, illuminated day and night by twin suns and three moons. While the suns burn brightly in the Olympian sky, the brightest stars of this strange and wonderful place are seven young, out-of-this-world characters. This adventurous group is led by a young boy named Hector, who is wise beyond his years. He and his friends stumble into one entertaining adventure after another, always to discover there’s a valuable lesson to be learned!

In this exciting, brightly illustrated installment of the adventures of Hector and his friends, the Olympians, Hector helps readers learn all about how to do good things. From being grateful to mom and dad to sharing, Hector demonstrates the great things that come from being kind and doing good deeds.

With engaging illustrations and fun, easy-to-read text, The Earth is Round the Sky is Blue is the perfect book to read with your little ones any time of day.

When Brandi Kelley was two years old, she arrived in San Diego, California, from Yokosuka, Japan. Her mother loved Disneyland and she started taking Brandi to the Magic Kingdom. These monthly visits “to the happiest place on earth,” became a ritual.

When Brandi was five years old she walked through the main gate to the center court, she noticed a cluster of men in business suits conversing with themselves.

Brandi stopped. Her eyes grew very round as she stared at one of the men. It was really Mr. Walt Disney himself—the wonderful man who hosted the Disney Show on television.

Brandi ran over to the group of men and tugged at Mr. Disney’s suit jacket to get his attention.

Mr. Disney looked down at Brandi, his face broke into a jolly smile. “Well hello there, little one,” he chuckled, scooping her up into his arms.

When Brandi was eight years old, one summer night while sitting on her bed she penciled out a young boy with over-larged feet and named him “Hector”. By the end of the summer she had the rest of the Olympian characters developed.