A Story about a Past That Became the Present 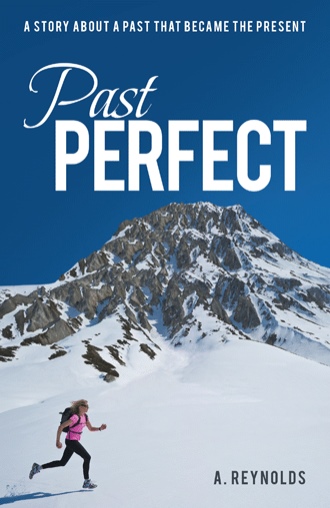 “It all started when I read that article in the Smithsonian magazine about the new Antarctic expedition and its discoveries.”

So begins this story of Christine Eastman, a smart, independent thinking young woman. In her high school biology class she startled her teacher by asking “Are human beings the only ones who look at each other when they are having intercourse?” The teacher did not answer, but he did sow the seed of wonder -“What do you feel when you are having a new person growing inside you?”

In college her interest shifted from biology to chemistry when she learned about the orderliness of chemistry, how the elements combine with different kinds of bonds, analogous to people and their combinations and bonds. She became a rising star in analytical chemistry, which she felt was sort of like detective work.

In graduate school she made a strong bond with Camden,a financial major. But that bond was not strong enough to hold them together when a huge gorge of difference came between them. She wanted to satisfy that desire to see for herself how she would feel having a new person growing inside her. Her husband did not object, until he learned he was permanently sterile. He would never consider any alternatives. He abandoned her.

To overcome that devastation she aggressively pursued a lead on a research job in Antarctica. She secured the position of Head of Research of the research team analyzing the body of a man they had found, frozen deep in Antarctica ice for 5000 years. In studying this body (which they named Pal) a preposterous idea came to her:

“Hattie, this morning, I’m going to try some wild idea. I have to take 4 samples for DNA on Pal. I’d like to work alone, no offense, so why don’t you take the morning off. Oh, tell Jason the same, please. Have a good day. I’ll talk to you later.” She left, smiling happily. I wonder if she and Jason are becoming an item? But now, I have work to do.

This morning my sampling idea seems pretty off-the-wall. Is it really worth while trying? On the other hand, I can spend more time and anxiety wondering than just doing it. So, let’s just do it. Just where in all this bushy hair should I take some samples? What about the testes? Semen and sperm are inside a pretty well protected sac. Could get samples well below the outer skin-that’s what I want to avoid-oily

skin contamination. Let’s go for that. And on the good luck side, I can get at one of the testicles easily. Good deal.

As I stood there, looking at Pal, I became sort of immobilized. As I looked down on him in his -4 degree C case, one of those strange mind things happened–‘ his testicle is just like a seed pod on a plant’. The thought made me stop cold. Why did that thought come up? And it wouldn’t go away. I tried. But it kept coming–‘ seedpods’–‘ seedpods’— I seemed to be paralyzed in some other place. I think I stood there quite a time, getting cold. And then another thought crowded in. Way back in Santa Fe, I was remembering a lecture I went to at the Santa Fe culinary school. The lecturer was talking about ancient seeds that still germinate. Some 1500 years old beans found in Anasazi ruins. Even some much older in China and Israel, germinated and grew and had more seeds. I shook myself back into consciousness. Why am I remembering that stuff? I’m here to take some biopsy samples from this body. And I did, trying hard to use my very best scientific skills. Took 6 samples, then closed up the glass casket. Sat down. I was shaking. Also racing. Sort of immobilized. Come on, Christine, what’s going on? Get a hold of yourself-take some yoga breaths.

It did all go away. I went back to my office, recorded my procedures, labeled the samples. Went home for lunch. Hoped the samples would give us good DNA results. Was that a‘hope’ or a‘ prayer’?

That night I asked Ce to come over for a drink and she listened. I told her the story from the beginning idea about sampling for DNA. She thought my decision to sample his testicle was’ just plain nuts’. “Oh, Ce, your humor is sometimes nuts too!” After I told her about the seed pods, my memories and feelings, she said, “Chris, you are a chemist, a biologist, an analyst. I think those memories came with some purpose. I think you should try to flush them out-you should analyze them carefully and thoroughly. Might be your epiphany.”

After some other chitchat, she went home. I went back to my memories.

Now if a bean seed could sit around for centuries, then, with a little water and sunlight, come to life into what it was meant to do–and that has been demonstrated several different times, then–might it be possible for man’s seeds, sperm, after being in a frozen state for a long time, still have that spark of life, like the bean seeds, and come back to life under the right conditions for a sperm? Now that’s a pretty interesting question, isn’t it, Christine? Yes. And here you are, through a whole set of circumstances in a position to search for an answer. Right here and now. Not in your job description, but in your grasp. After all, it was not in Fleming’s job description to discover penicillin-he was just there and acted. So what are you going to do, Christine? This was getting pretty heavy, and pretty late. But not sleep. More coffee.

I can find out how to remove some of the frozen sperm. That’s just technique. I can figure that out. But how to do that surreptitiously? Then how to unfreeze them. Again just Edisonian trial and error. Then use in vitro fertilization techniques-and that is already well developed. I can learn how to do that. Will need some human eggs, but there must be something like egg banks, like sperm banks (I learned about them when Cam and I were arguing). Would be tricky to get some, especially delivered here. Not a scientific problem, a procurement problem that would take some careful study. Must be a way though. It all begins to look like a pretty doable project. Thank you, Ce.

Later that night, along with my euphoric pleasure on solving the challenge, a new and disturbing thought-what if I succeed? There will be a baby! A real, live, new person, ready to grow up. Whoa! I need to think that through before we start this whole project. And that’s very complicated. Very.

It’s the day after tomorrow. All new creatures need time to gestate before they are born, ideas need gestation time too. The past 2 days have been that for this new idea. I’ve been on it constantly. Here’s what was born:

-.If that works, then I can be the pregnant woman, and the birth mother to this strange, new person.

The last point brought back another old memory-how I told Camden I wanted to experience being pregnant, growing a baby. That is what drove us apart. So, here is a way I could experience that long desired pregnancy. And without involving another man. I had to admit I still had some feeling of fidelity to Cam. I told myself I could live with it this way. Raising this new baby, if it really does become one, well-not my most important dream-but just goes with the territory. And if it all works, together, me and this unusual baby will become one-of-a-kind celebrities in the scientific, anthropological, and social world. Maybe even a Nobel prize!

Ce, her closest friend and associate , persuaded her to present it to management ,to sell them on the idea. In a carefully prepared presentation to the company President, a comprehensive agreement was signed. With corporate support, assistance from her best friend, Ce, and three staff members she managed the program. Her technical creativity and experience was stretched to the limit. But it

Dr. Christine Eastman is a rising star in analytical chemistry who has always wondered what it would be like to have a child growing inside of her. Abandoned by her husband, Eastman takes a job as head of analytics for an archaeological company and heads to Antarctica, where scientists have discovered the body of a man preserved in ice for at least five thousand years. It is not long before an intrigued Eastman begins secretly speculating whether the frozen man’s sperm could become a viable component in her mission to become pregnant.

After overcoming ethical hurdles, Eastman relies on chemical skills to extract the man’s sperm and impregnate herself. Nine months later, she gives birth to an ancient man’s baby boy, suddenly transforming both her and Jemmy into reluctant scientific celebrities. Eventually an unhappy Eastman secretly travels to Rio de Janeiro with Jemmy to begin an anonymous life. Years later when she finally returns to America with Jemmy so he can attend college, he learns the truth about himself—and his inherited abilities. Unfortunately, Eastman has no idea that the decision she made long ago is about to lead to lethal consequences.

In this science fiction tale, a chemist who ingeniously utilizes modern science to help her achieve a lofty goal unwittingly unlocks secrets from the past with the power to change everything.

A. Reynolds is a PhD in chemistry and math who has spent thirty years working with inventors. He enjoys writing short stories, dramatic presentations, and science fiction novels. Reynolds currently resides in Exeter, New Hampshire. This is his first novel.