Back Street to Happy

No Excuses; No Alibis. 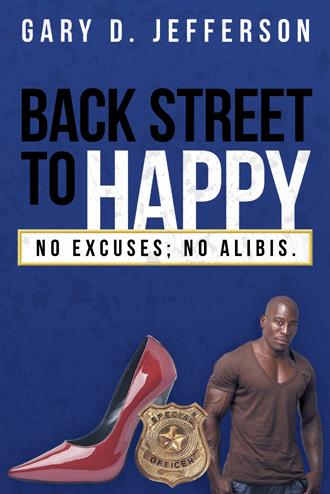 Earl abandons his wife, La Gina, a Hurricane Katrina survivor from New Orleans who had become accustomed to using her physical attributes for material gains, as she suffers and struggles through a bout with breast cancer. Although Earl says that he loves La Gina, he could not tolerate the effects that chemotherapy was having on his pride and joy_La Gina’s body and her silky, luscious hair. Earl tells La Gina, ”well, that is your problem, your sickness or illness, whatever, not mine.”

Two white officers came to his house, handcuffed his hands and escorted their colleague to jail. Earl’s stomach was crawling in disgust as the men, who were amongst the ones that frequently criticized his well-publicized convictions and to whom he targeted his preaching and contempt toward, led him away to relentless hours filled with interrogation and speculation. They were his colleagues as well as his enemies, especially with one of them being a former LA Cop. ‘Captain Nelson knew that I hated LA Officers. He sent this guy to arrest me intentionally.’

La Gina is a smart, Hurricane Katrina survivor who used her physical gifts to achieve material gain. La Gina is now settled in a new life with her husband, Earl Cuyler, a police detective with strong convictions and a wandering eye.

Although Earl claims to love La Gina, her friends think otherwise, but they have their own personal battles. Raymond thinks he is too poor to marry his woman. Suzi is in love with her neighbor, Zege, who is interested in a casual friendship with benefits. Everything changes when La Gina is diagnosed with breast cancer. Earl abandons her because he could not tolerate the effects that chemotherapy was having on his pride and joy_La Gina’s body and her long, beautiful hair. Earl tells La Gina, “well, that is your problem, your sickness or illness, whatever, not mine.”

La Gina thinks her illness is one of her greatest challenges—until Earl is charged with murdering his mistress and her unborn child. Throughout her illness, La Gina undergoes a paradigm shift and begins to govern her behavior by reasoning and logic. She decides to stand by Earl while he is being investigated for the horrific crime. Her friends think that she has gone cray-cray. All of that is about to change when friends help her realize that she may be an accomplice to the murders.

Back Street to Happy is the suspenseful tale of a woman’s journey to attain her dreams, despite a betrayal by the man she loves.

Gary Jefferson is an Industrial Engineering Consultant for a major express cargo company. As an avid health enthusiast, he spends most of his time educating others on proper exercise techniques and beneficial health wellness routines. Gary currently resides in Memphis, Tennessee.