The Chronicles of Bobby A: Un Italian’ in the USA 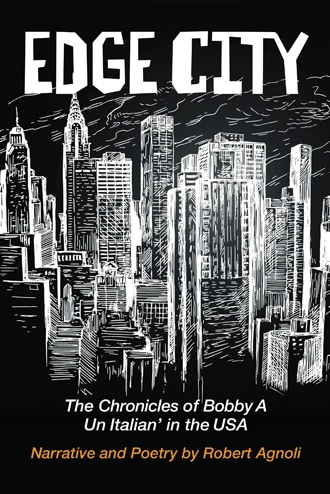 Call me Bobby A. A late winter’s day. Spring dawns.

Hey! What was that? Did you see it?

Somethin’ flashin’ across the skyline above

Emil and Adeline were happy

At the birth of their first born

They named him Robert

With unspoken love and warmth and timelessness.

Family was the thing

According to family lore

He went through Ellis Island

That’s where his sponsor lived

At that time immigrants came

With a sponsor who vouched for you.

Also families reunited. Ma came over with her mother a girl of four (c. 1916) to join her father. Both were acclimated to America within a community where most did not speak English.

It was wise to learn English as quickly as possible

While suppressing your ethnicity

The idea was blend.

You understood very early you didn’t want to look too Italian. The “melting pot “was boiling and you had to get assimilated bleached Americanized.  Hey fine, except for the fact that the now immigrant groups have turned the concept on its head and assert ethnicity in the public square.

They eschew the melting pot which became the rainbow.

Adio to the last group melted.

“Keep your eyes on the road, your

Hands upon the wheel”

Edges, both jagged and sharp, spring from the

tension of living and maturing between two conflicting factors:

cultural assimilation – on the one hand suppressing ethnic identity

in the public square – and on the other, developing a personal

identity which internalized that heritage. Edge upon edge, these

elements represent the conflicts for Italian immigrants within the

melting pot of L’america. This collection of memoirs and reflections, poetry and prose, takes the reader through one man’s experiences

as a first born Italian in America and an American in Italy.

Italian-Americans will recognize the challenges of assimilation

in “Edge City”. Readers of all ethnicities

will gain a new understanding of

the Italian culture in America.

Robert Agnoli is an organizer and author. Born in New York City of immigrant parents, Bob is a graduate of New York Military Academy and holds a bachelor’s degree in history/government from Fairleigh Dickenson University and a master’s degree in Social Work (CO) from Fordham University.

Bob has been a Vice President of the American Italian Cultural Roundtable and co-producer of “Jazz ItaloAmericano” at B.B. King Blues Club and Grill. He is a past President of the National Council of Columbia Associations in Civil Service and was Chair and Master of Ceremonies of the conference on “Utilization of Italian Americans in Civil Service” held at CUNY. In addition, he has been an executive board member of the Social Service Employees Union L.O. 371 and chaired SSEU’S conference on “The Future of Social Work in the Public Sector” at the Essex House. He is currently a member of the Board of Directors of the Italian American Writers Association.