When Everyone Wins: From Inequality to Cooperation 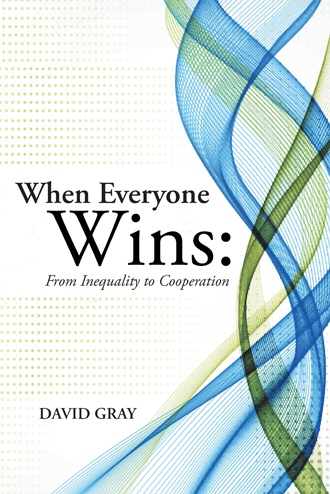 A behavioral science model of cooperation

There are better ways than win/lose, one up and one down, and dominance/submission. Yes, there will always be wars and rumors of wars, and the poor will always be with us, and some husbands will go on beating their wives and abusing their children. And there will always be some crooked CEOs who will commit colossal frauds and obliterate the pensions of thousands of their workers. It is my belief that modern humans know some creative ways of doing better, garnered from the wisdom of the ages—from the great poets, science, behavioral science, and the more redemptive portions of the world’s great religions, and history. We have relatively recent and fresh insights about the powers and principles of cooperation as opposed to the pervasive competitive patterns of behavior.

This book champions cooperation and its advantages we have come to know over the ages, but, especially, in the last half century. The behavioral sciences have significant contributions to make about reducing conflict and aggression. We know that greed and other dysfunctional behaviors are not all genetic, and we know a lot about what the conditions that increase or decrease these behaviors. We know a fair amount about how to change the values, beliefs, attitudes, and motivations that undergird aggression, and how to nurture beliefs conducive to cooperation.

Field and laboratory studies on cooperation as conceptualized in this book began in earnest largely in the United States, and in England around the 1950s. Scientific, juried reports of these studies number somewhere in the hundreds and now originate from virtually every part of the academic world. A streamlined survey of the findings will be presented in the first main chapter and will feature preconditions of cooperation, such as the need for finding common goals, the conceptualizing of all sides as equals, liberal direct and positive experience between opponents. These preconditions can be made or trashed at will. We can either hang on to the old tired adrenaline-driven patterns of belligerence, separatism, superiority, nationalism, greed, and dominance, or we can do the other. It is a matter of both knowledge and will, both of which are difficult to disseminate to be sure. Just in passing, we should note that there are other models of cooperation, such as the prisoner’s dilemma, and other forms of gaming approaches. Other disciplines besides social psychology are active in studying cooperation and competition.

When I began teaching organizational, political, and social psychology in the 1960s, students were responsive to the fact that the behavioral sciences had something valuable to say to the civil rights struggles. In my judgment, our research and knowledge about the basic dynamic of society has quadrupled since the civil rights days. And much of this knowledge is practical and directly usable by the problem solver. We will look seriously at some the highlights of this knowledge. I feel they are not well known or understood by the general population. The major mission of this book is to convey well-tested behavioral science principals for positive human relations and explicitly indicate practical implications and applications. The applications will feature small family structures and on up to international relations. The principles are applicable to most organizations regardless of size, scope, or nature.

The first chapter of the book will describe a total integrated model showing how people get into conflict but, more importantly, how they get out of it to the benefit of all. Part of the model includes initial motivation to commence reconciliation, namely the recognition of a mutual threat that poses a real danger to the well-being of both sides. This kind of threat can only be ameliorated by a cooperative effort from both sides of a conflict. Other critical parts of the model are the establishment of equal functional status in negotiating, nurturing norms of cooperation, and ample opportunity for the two sides to get to know each other as fully human beings. Even friendship is an important part of the model in spite of how naïve this may sound. Once the total model is set out in Chapter 1, each of the major parts will be treated in more detail in subsequent chapters.

We often focus on winning at the expense of others, which can create problems in and outside of the workplace.

David Gray, a longtime professor of psychology, makes the case that everything runs much smoother when everyone is a winner.

That goal can be achieved when people cooperate instead of competing. Taking an approach that relies heavily on the behavioral sciences, the author provides the tools you need to:

By examining historical events and contemporary society, it is clear to see that when someone ”loses” because the rules were unfair, he or she tends to either become apathetic, half-heartedly compliant, or out-rightly hostile. Substance abuse and domestic abuse are also common responses.

Opting for a more cooperative approach has helped democracies, religions, and companies boost the happiness and productivity of their respective constituents. You can do the same by applying the lessons in When Everyone Wins.

David Gray, a Professor of Psychology for many years, specialized in his later years on the effect of the belief in equality on democratic leadership in the United States, Germany, Poland, and Russia. He advocates strongly for international educational experiences. David lives with his wife Phyllis in New Wilmington, Pennsylvania.