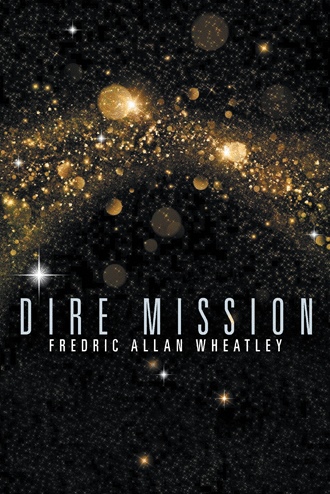 It was mid-morning, and the man had been hiking for several hours, having gotten up well before dawn to be in place to see the rising sun illuminate the painted rocks. Now, the desert was really starting to heat up. The only living creatures to be seen moving about in
the baking wilderness were the man and his dog, Chance, and they were heading back to the truck and then home to the air conditioning.
Despite the challenge of the heat, the arid conditions, and the rugged terrain, or perhaps because of them, the desert called the man back time and time again, always marveling at how beautiful its starkness can be. As an archaeologist and anthropologist, photographer and painter, Peter Harrigan tried valiantly to unlock its secrets through scientific research, and by endeavoring to capture its wonder and beauty on film and canvass. Thankfully, there were enough times when he felt that he had succeeded in all aspects. And others agreed. He was the successful author of many books and articles on the history of the American Southwest, he lectured frequently at various colleges and universities on the West Coast, and his photographs and paintings were on display in numerous museums and in the homes of those who could afford his works.
He and Chance were rounding an outcropping of rock and trees, when he noticed up ahead what appeared to be an animal of some sort rooting on the ground near a clump of brush. Its actions were intense and deliberate, as it apparently tried to dislodge something
that was underneath the brush. There seemed to be a mixture of sound coming from that way, the growling of the animal and something else, almost human-sounding, but not quite. Curious, Peter approached further. As he did, he began to catch just a glimpse of the thing that might have been making that sound - the object of the animal's attention and frustration - just as Chance took off in that direction.
Alarmed, Peter yelled out for his dog to stop and immediately followed after him. It
was not like Chance to leave the side of his master like that. The closer he got to the clump of brush, the more the object appeared to be that of a young child, and the more the
animal appeared to be a coyote. As he ran faster to catch up to Chance, it became apparent that the German Shepherd and the coyote, which had noticed the approach of Chance and had started to ran away, were destined to collide. Peter was suddenly worried that there might be more coyotes in the area.
Knowing that there was nothing he could do to prevent any of it, Peter headed toward
the child to see if it was alright, wondering what in the world a young child would be doing
out in the desert by itself. He did not notice any other human activity nearby. He was, also, fearful that the coyote had had more than enough time to do some real damage. Chance would have to take care himself, at least for the moment.
As he neared the brush, Peter slowed down, concerned about what he was going to find. Behind him, he could hear the first sounds of the contact between Chance and the coyote. Peter was torn between wanting to go to the aid of his dog and helping what was probably going to be a severely injured child. He had yet to form an answer as to why this
child was abandoned in the desert.

College professor and archaeologist Peter Harrigan and his dog Chance are enjoying an early morning hike in the western desert of the United States. As they begin to turn toward home, Harrigan encounters what, at first, seems to be a child alone in the wilderness being attacked by a coyote.

This encounter ignites a chain of events that threatens the very existence of human life, and it involves the highest levels of power in Washington, D.C., and its allies, including their militaries, space agencies, and intelligence communities. In resolving this ever-expanding threat to civilization, Harrigan relies on many people in positions of absolute power and authority—from the President of the United States, to the chairman of the Joint Chiefs of Staff, to the Secretary-General of the United Nations—to ensure the only possible solution can be successfully carried out, particularly when added threats suddenly present themselves.

But first, he must convince them of the truth of what he encountered when taking that quiet hike in the desert. Perhaps the most challenging aspect of it all will be maintaining the utmost levels of security necessary to prevent uncontrollable worldwide panic from erupting.

Fredric Allan Wheatley is retired from the aviation industry in which he was an air traffic controller with the Federal Aviation Administration, then later an aircraft dispatcher, manager of training and compliance, and director of training with several commercial airlines. Wheatley lives with his family in Bradenton Beach, Florida.