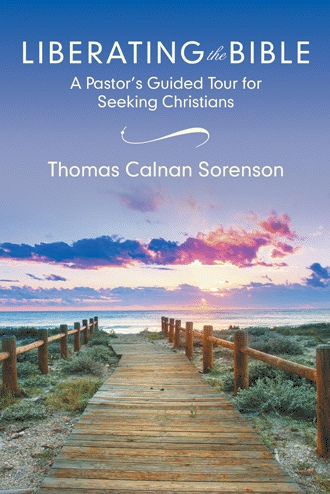 INTRODUCTION TO OUR GUIDED TOUR OF THE BIBLE

Many people know, or believe that they know, many things about the Bible. Here’s one truth about the Bible that few people know. The Bible needs liberating. That may seem an odd statement to you, but it’s true. The Bible needs liberating because it has become a captive. The Bible has become captive to a narrow, restrictive, even strangulating literalism that is choking all of the life out of it. The Bible has become captive to old theological understandings that no longer have validity in the postmodern world. It has become captive to a narrow, restrictive, even strangulating sense that because it is, as people suppose, the Word of God there can be no error and no contradictions in it. Those convictions, that the Bible has no error in it and that it has no contradictions in it, won’t stand up to even the most minimal critical scrutiny, but they are what countless millions of people over countless generations have been taught about it. The Bible is the prisoner of what in my book Liberating Christianity I call Biblicism, the belief in the divine inspiration of the Bible combined with the belief that it must be read literally, that is, factually. In Part Two of Liberating Christianity, which has the title “Overcoming the Obstacle of Biblicism,” I critique Biblicism and offer a vision of the Bible as myth and human spiritual experience that I believe liberates the Bible, but my earlier book doesn’t examine much of the Bible itself. Its focus is more broadly theological, not specifically on the Bible and what’s in it. My work as pastor of a local congregation has led me to the belief that we need a general introduction to the Bible, all of it, that is not Biblicist, that is, that looks at the Bible with clear eyes not clouded by old teachings and beliefs that actually obscure the real Bible from us. We need a guided tour of a liberated Bible.
So welcome to a guided tour of the liberated Bible! I, your humble tour guide, hope that this tour will help you in understanding the Bible, help you use the Bible for your personal devotions, and help to bring the Bible alive for you in all of its many different aspects. The Bible is perhaps the most important book in the world, but it is an immensely difficult book at best. Understanding it in any meaningful way takes a lot of work. It may take a lot of work to overcome what you have been taught about the Bible in the past that now doesn’t work for you. My hope is that on this tour I will be able to help you do at least some of that work.
It is a commonplace today that the Bible is the most read and least understood book in the world. That clever remark about Christianity’s foundational book is almost true. It is almost true and not totally true because while the Bible may be widely purchased it is probably less widely read. It certainly is widely misunderstood. We mustn’t however let the rather flippant nature of that comment about the Bible conceal a profound truth from us. The way that the Bible is understood today is a serious matter. The way that a great many Christians today misunderstand the Bible is, in particular, a cause of much harm in the world. Misunderstanding the Bible leads Christians to deny and reject the brilliant insights of modern science and to attempt to force a totally unscientific—and un-biblical—creationism on the public schools. Misunderstanding the Bible once led many Christians to deny the God-given dignity and equality of Black people and to support slavery. In like manner misunderstanding the Bible today leads many Christians to deny the God-given dignity and equality of gay, lesbian, bisexual, and transgender people and to support legislation that codifies discrimination against them. Misunderstanding the Bible leads some Christians still to deny the God-given dignity and equality of women, to deny them positions of leadership in the church, and to oppose legal measures designed to protect their equality in the workplace. Misunderstanding the Bible leads a few Christians to deny the value of protecting the earth’s environment because, they believe, the world is going to end soon in any event and they will be whisked up into a blissful eternity in heaven. All of these positions claim to have biblical warrant; and, while it’s easy enough to cite biblical texts that appear on the surface to support them, they are all grounded in a misunderstanding of the Bible. My aim on this tour is to give seeking Christians a different, and I am convinced better, way to understand the Bible. My aim is to guide you through the Bible without either of us wearing a Biblicist lens.
This tour began as a yearlong adult education forum at the church I serve as co-pastor. That series was occasioned by a particular book that claims to be an introduction to the Bible. One of the members of my church who regularly attends our Sunday morning adult education forum read a book with the title Bible Babel. He was very enthusiastic about that book, so I read it to see if it would be a good book for our whole group to read. I very quickly decided that it wasn’t. Because my reservations about that book prompted this one, or at least prompted the adult education series that spawned it, I’ll restate here some of my objections to that book:

1. It says that the only way one can reject the notion that the Old Testament book of Isaiah predicts Jesus is to deny the divinity of Jesus. It says that Christians are on solid theological ground when they say that Isaiah predicts Jesus. Wrong. Isaiah doesn’t predict Jesus. Rather, early Christians applied some of the language from Isaiah to Jesus as a way to express their experience of him. Isaiah was written in and for particular ancient Hebrew communities. It addresses their concerns, not the concerns of Christians hundreds of years later.
2. It applies the term “homosexuality” to things in the Bible while admitting that the Bible “says very little about homosexuality.” Wrong. The Bible actually says nothing about homosexuality. The concept “homosexuality” didn’t exist in the world of the Bible. It is a modern concept not an ancient one, and the Bible says nothing about it. The Bible does on a very few occasions mention and condemn homosexual acts, but it says nothing about homosexuality as a natural variety of human sexuality. That is, it says nothing about homosexuality.
3. It mentions Jesus’ “turn the other cheek” statement in Matthew without betraying any awareness of Walter Wink’s brilliant and revolutionary exegesis of that passage. We’ll look at that reading of Jesus’ words in Matthew when we get there. “Turn the other cheek” doesn’t mean what you’ve probably understood it to mean.
4. It insists that all New Testament authors saw Jesus as divine and believed in his virgin conception. In fact, most New Testament authors actually don’t see Jesus as divine, and only Matthew and Luke show any interest at all in his conception and birth. No one else in the New Testament even mentions those things about him.
5. It says that there are four “biographies” of Jesus in the Bible. Wrong. There are no “biographies” of Jesus in the Bible. There are four Gospels, but they aren’t biographies in anything like the modern meaning of the term biography. They are proclamations and confessions of faith in Jesus and are not primarily intended as factual accounts of his life.
6. Swenson’s book says that “Christians believe that Jesus is the incarnation of God and that because he was a uniquely sinless human being who sought with divine love to redeem people to God, he could choose to die as an ultimate sacrifice for human sin so that those who believe in him would be forgiven and enjoy eternal life with God.” Wrong. I’m a Christian, and I (along with a lot of other Christians today) don’t understand Jesus as a sacrifice for the forgiveness of sin.

Liberating the Bible offers readers a handbook to help them make their way through a front-to-back exploration of the riches contained in the Bible. Thomas Calnan Sorenson blends scholarship with a down-to-earth presentation in a survey of the Bible that uncovers the basics of its many books and reveals the persuasive power of its messages to nurture faith, expand understanding, and deepen connections to God.

Liberating the Bible organizes its guidance into three parts. In “Approaching the Bible,” eleven stops on the tour investigate the basics of the Bible, its status in the church, methods for reading and interpreting it, and the grounding of its claims. The second part, “The Old Testament,” groups the books of this testament and covers over sixteen stops. Each of the stops delves into a book or cluster of books, examining historical background, organization, key passages, and distinctive themes and messages. The third part, “The New Testament,” provides similar guidance while making eleven stops along the way.

If you are one of the millions who have a Bible--or several--on your nightstand, but find yourself confused or intimidated by its size and scope, then this guidebook offers its companionship. It promises to serve as a seasoned and knowledgeable resource to consult as you make your trip through the Bible. It will help you find a deeper faith and stronger ties to God through the Bible’s powerful witness.

Thomas Calnan Sorenson has earned advanced degrees in history, law, and theology. He is an ordained minister in the United Church of Christ. He and his wife, the Rev. Jane Sorenson, live in Sultan, Washington. He is the author of Liberating Christianity: Overcoming Obstacles to Faith in the New Millennium.