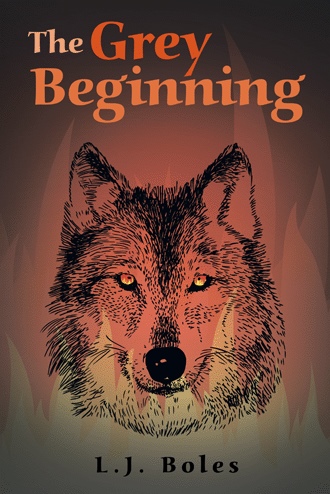 As a child, Grey learned the ways of healing and the mysteries of spirits. She also learned how to make and keep good friends. As she nears adulthood, she believes the world has nothing more to teach her. When she comes of age, she and all the other children of her family are sent on a journey, but Grey quickly learns there is more to life than she thought she knew.

Grey’s problems begin when she realizes she left her maps and equipment behind. Her nights are soon filled with danger and fear. In order to survive, she must learn quickly. She finds a way to build a shelter to keep her warm during the night. She also finds protection from animals who may mean her harm.

One of the animals she meets is Wolf, who she befriends. Along her way, she meets many animals, spirits, and people who teach her things and help her grow. In secret, Gray has another protector named Red. Red is to follow and protect young Grey, but they are never to meet—until this unexpected journey brings them face-to-face. Gray was wrong; she has a lot to learn, and if she lives through her journey, she will be stronger for it.

L.J. Boles has been writing for many years. In the past, she published poetry and art. This is her first book. She resides in Arizona.