A Time for a Change 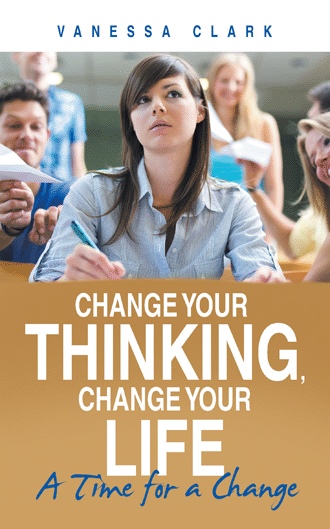 A Time for a Change!

Why do you think God created your mind? In Change Your Thinking, Change Your Life, author Vanessa Clark explains that the brain is the most mysterious and misunderstood organ in the entire body. It’s the source of our thoughts, our emotions, and memories. Our brain is responsible for whatever conscious efforts we make; the original supercomputer. When a developing fetus is only four weeks old its brain cells form at the rate of a quarter-million per minute. Without a brain to control the body, life wouldn’t be possible.

Clark believes that the brain was placed in our heads because it’s the top priority.

There is a story in the Bible about a group of people who put their brains together and decided to build a city and a tower tall enough to reach heaven. They began building and building. The Lord came down to see the city and the tower that the children of men were building. “And the Lord said, Behold, the people are one, and they have all one language; and this they begin to do: and now nothing will be restrained from them, which they imagined to do.” (Gen. 11:6, King James 2000).

They believed that something could be done and put that belief into action, so much so that the Lord had to come down to see. Change Your Thinking, Change Your Life explains that if we can imagine something and then meditate on it long enough, we can put it into action and achieve it.

I Believe Ministries was formed by Vanessa Clark as a result of her time in intimate worship and years of Bible study. This journey started years earlier, when Vanessa began singing in church at an early age. She became the minister in music at her father’s church, St. Paul Missionary Baptist, in Decatur, Illinois. The church was a part of the Woodriver Baptist District Association, where Vanessa served as music director of a four-hundred voice youth choir. She also served as music director of the Illinois State Congress of Christian Education, with an eight-hundred voice youth choir. While living in Illinois, Vanessa conducted music workshops for various organizations, including the Illinois State University gospel choir.

During this time, Vanessa’s father called the church to forty days of prayer and fasting. On the seventh day of the fast, the Lord spoke to Vanessa and said, “Strengthen your brother.” She pondered the word she had received from the Lord as she continued in the music ministry.

In the early 1980s, Vanessa moved to Memphis, Tennessee, and became a member of the Temple of Deliverance Cathedral of Bountiful Blessings, founded by the late Bishop G. E. Patterson. She organized the youth choir and traveled with Bishop Patterson as a member of his crusade team, ministering in song. Opportunities opened for Vanessa to record with various artists such as the Reverend Al Green, Elder Richard (Mr. Clean) White. On occasions she sang and traveled with Dewitt Johnson, Myrna Summers, Tramaine Hawkins, and the late Reverend James Cleveland.

She was even afforded the opportunity of singing at the Grand Ole Opry in Nashville, Tennessee. After relocating to Detroit, Michigan, she continued in the music ministry, both singing and training choirs. There she sang with artists such as Karen Clark Sheard, Dorinda Clark Cole, and recorded with the Craig Bothers.

Although Vanessa studied the word of God throughout her years of music ministry, a time arose when she truly fell in love with the word of God like never before. The Lord gave her a love for the word that was so strong, she devoted all her attention to preparing for teaching and ministering. It was at this time that the Lord reminded Vanessa of the words he’d spoken over twenty years before: “Strengthen your brother.” However, the words had new meaning. She realized the Lord had, over time, birthed in her a vision to reach out and share the word with people all over the world, and to strengthen them with their walk with Christ throughout their everyday lives. From this, I Believe Ministries was born. Vanessa moved from not only sharing the ministry in song, but to preaching and teaching as well.

On one particular occasion, the Lord opened doors for her to minister to the Chicagoland Women’s Conference, where he manifested his presence and power in an awesome way. Beyond her study of the word of God, Vanessa gained additional insight and Biblical knowledge from Charis Bible School, founded by Andrew Womack; Benjamin Gilbert, bishop and pastor of Detroit World Outreach Christian Church, in Redford, Michigan; and Elder Dale Hudson, Covenant Word Ministries. After twenty-eight years at FedEx, Vanessa has retired and resides in Houston, Texas. The Lord has led her to be a part of the Joan Hunter Ministries, known as the Joint Heirs in the Miraculous.