Sometimes Life Only Leaves You One Option 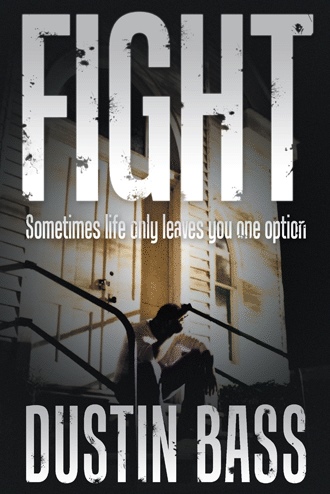 I was a bit surprised by the surrounding darkness until I realized someone had turned out the lights.
The faint scent of bourbon sifted through my nostrils as I reached for the light switch. It was obvious someone was coming, but instincts are rarely helpful when you can't see.
Someone did come. And suddenly the darkness reached a blackening pitch.
…
A splash of cold water across my face forced my eyes open. I tried to rub the water from my face, but my hands were tied behind this old wooden chair I was sitting in.
The room was dark, save the one light bulb hanging in front of me. Its brightness was unsettling. Bulb must have been new.
But light isn’t the worst part of waking up from those forced sleeps. It’s the blunt force trauma your face takes when someone notices their opportunity for answers. And that’s what they wanted: answers.
But I didn’t have any. I was busy searching for my own. Not that being tied to a chair and having the shit beat out of you is the most opportune spot for pondering, but, unfortunately, for the time being, it was going to have to do.
Unhappy with my dishonest ignorance, my face and ribs took the brunt of their displeasure. I don't even think they knew what questions to ask. They were mostly the same. Something about why I killed someone. The specifics of their questions felt vague, then again it may have been my brain trying to catch up to the current events while taking punches to the head.
The light granted me the opportunity to see blood drip from my nose onto my jeans and mesh with the water that soaked them. Not much pleasure held in that sight, but when it feels like your last moment, anything will do to keep your mind off your ending.
My wrists wrestled with the ropes, tearing skin, but no pain seemed more real than what awaited me. One in and quickly out of the chamber. Couldn’t afford that. But I figured if I answered them truthfully, my pain may not just be my own.
I was finally gathering whom they were talking about. A dead man. A friend of mine. None of my concern though, despite the fact I had killed him.
Time wasn’t affording me many options though. As much as I wanted to sit back and take their anger with a smile, I knew my clock was ticking. But even if the ropes somehow unraveled, there were three, perhaps four others standing there. Surviving that beating would be unlikely.
So this was one of my options. If not my only one.

Why would you avenge the murder of someone you hardly know? For a small time criminal like Fight, the answer is simple: principle.

After hearing his father has been knocked off by the city’s biggest crime boss, Fight, joined by several friends, goes on a violent rampage to settle the score. New to the game of high stakes crime, their rookie criminal mistakes start to catch up to them when they accidentally double-cross another crime boss.

Lies and deceit are the only two options Fight has to stay a step ahead of the crime bosses. With nothing to live for in a city shot to hell, he decides to engage in an all-out war, but soon finds he is fighting for a lot more than just principle.

Dustin Bass grew up in Houston, Texas. He earned his bachelor’s degree in journalism from Sam Houston State University. Bass is an avid sportsman, delving into surfing, skiing, fishing, and boxing, for which he won the Southeast Texas Regional Golden Gloves Championship in 2010. He currently resides in Houston.