Ashes In A Teacup 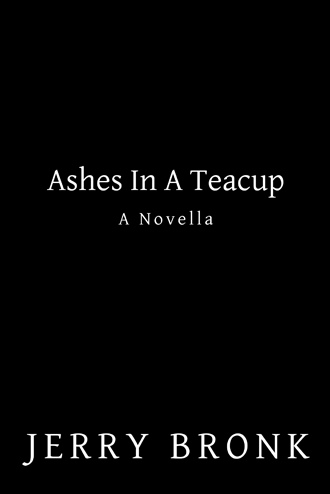 Chapter 7
“In the sex-war thoughtlessness is the weapon of the male,
vindictiveness of the female.”
Cyril Connolly

I was sentenced to, among other things, therapy. Which, as many of us know, be it
voluntary, advised or very mandatory, is quite expensive. We didn't get off to a good
start, Dr Maye and me. He probably assumed just another criminal client with a
depressingly banal and excessively subjective history: Understandable.

In response to his dismissive demeanor, I said, "Look, there is no reason for you to
believe me, but just for the record, I didn't do what I've been accused of, or for that
matter, anything criminal."
"You've been convicted," he responded with resignation, "you're a criminal."
"You've got that half right, that's a start."

The Doctor leaned back in his chair, crossed his arms across his X-large chest and sized-
up the patient. He had the size on me if it should come to a physical show-down. The
improbable, my imagination had learned, was perversely possible. But I sat calmly as if
unconcerned. The worst had happened.

33
The Dr seemed...what? concerned? irritated? That opening, or rather that phrasing was
probably new to him. But it was more a defense than a gambit.
"You were found guilty; in fact you pleaded guilty."
"I pled nolo, no contest, and that against the advice of two lawyers to 'give them
something.' I admitted no guilt which I'm told doing so and staying out of some
imprisonment is a rarity."

"She's obviously, for years...had to endure more than she could bear." I let my self-
righteousness seethe and my long drawn-out exhale was almost a whistle through
clenched teeth. "But, well...I don't know what was going on with those three or more
therapists, but I'd guess that Sylvia's welfare was not their first priority."
"That's a pretty unequivocal statement to make."
"I think it'll become clear as we go along. Let's just say...about the process that resulted in
accusations against me, about which I know almost nothing, well...we can only speculate
for now...maybe forever."
"You know you just contradicted yourself."
OK, I thought, the Dr wants precision. I can be precise.

After a half-dozen sessions, after we had some background and the gist of the case out of
the way, we tended to two different subjects. One was the post-sentencing, post-county
proceedings situation, ie, the attempt to see Sylvia, which would require an OK from
her therapist, a judge, from Jean and most critically from Sylvia. That process, which

34
involved my going to Modesto to talk with her therapist several times, never made any
progress. What if she recanted? It was then, more than three years since I'd seen her.

The other way to pass the 50 minute hour was to simply converse, to talk as friends, or, at
least, as acquaintances do: Just generally shoot-the-shit. Sometimes not too casually; he
had his opinions, I had mine. My heart, you could say, was not inclined to bleed as
readily as some orthodoxy required. The good Doctor --- he was a PhD --- was, not
surprisingly, smart as hell and when need --- my need --- be the clever manipulator.

Back when we were getting to the core of the case, he asked, "Why this hold over you?
why did you have to do her bidding?"
That was a sore spot. "Well, when Sylvia was, oh, about a year-old, I wasn’t ‘daddy’
anymore; Jean wouldn’t let me see her…to do some baby-sitting anymore.”
“You were daddy and then you weren’t, why?” He stroked his chin and gave it a pinch
for emphasis.
“This went on for, oh, six months maybe. No explanation, just a hostile attitude. Finally,
after calls and letters, she said that I’d had sex, maybe she said an affair, with
Adriana who was a some-time baby-sitter. That was the ‘why’ of it…maybe.”
“Did you?”
“Hell no, it never crossed my mind, I’d never…just never. It would have seemed
incestuous.”
“That’s ironic.”
“Perversely so. I happened to run into Adriana at Peet’s. She was pissed. Jean had had
one of her hysterical fits and really lit into the poor girl. Adriana described her as ‘crazy’
and, I forget but there was much more emphatic language. She apparently was surprised

35
as hell about that paranoid accusation.”
“Now, in retrospect, I don’t remember if that sequence of events, from denying me and
not responding to my pleas to these incidents with Adriana would make any sense time-
wise.”

I remember that she was quite stricken. She looked up at me with eyes wide and
imploring. As if I could be of any help or comfort. I took her hand in mine and kissed her
lightly on a teen-smooth check. Did I hold that gesture for a heart beat or two to see if she
turned needy lips to mine. I don’t remember; I was in a state of tormented confusion;
Adriana, who had just been the victim of a vicious tirade, was in a somewhat similar but
very separate state.

“What happened to her, to Adriana?”
“I don’t know, but much letter I got a wedding invitation from Barcelona. Of course it
wasn’t meant as an invite, just a nice gesture.”
“That sounds…strange.”
“I didn’t think so, I just thought it was…nice.”
“You think…maybe.”
“It never occurred to me, she seemed so…nice.”
Dr Maye pulled at his lower lip.

We were sitting in easy-chairs, not quite opposite each other. I could stare into space, the
better to make those connections, or, with a slight turn, face him directly. We had
abandoned our starting positions with he behind the desk of authority and the defendant
on the office hot-seat.

36
“That was much later and she had your address?”
“I don’t remember. She probably had it and my phone if there were any arrangements to
be made…made about Syl.” After sitting sad-faced, a pull on an ear lobe seemed to make
the connection that she was at my place with Sylvie once, for some reason .” I don’t
remember but it was some something or other.”
“You just remembered that?” He clasped his hands behind his football-player neck.
“It was a long time ago…nothing much to remember. Isn’t Jean’s response a little
paranoid? We hadn’t had sex for…oh, I’d guess almost two years and now this fantasy
turns up. Very strange…and now she does a kind of unilateral custody action; a suspicion
based on, I guess, more on her frazzled and blame-ready state of mind than any
reasonable suspicion of me..”
.
"Suspicion or a bitchy bit of misinformation."

This ‘memoir’ is told the best that I remember. The narrator --- that’s me, Jeff Holmes ---will, of course be an ego-alterer.  Others, from principals to walk-ons will have a resemblance to real people that may or may not be coincidental.