A Solar System of Three Planets with Sentient Life Forms 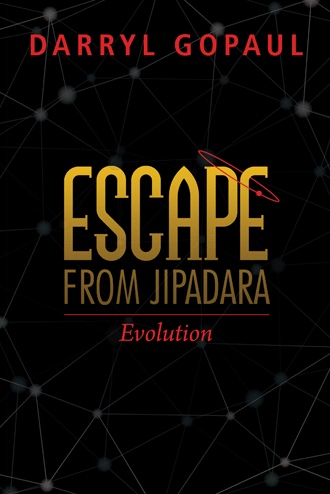 The finger of the Creator touches the micro molecule of the powerful energy stored in a miniscule spot of light.
This begins the “big bang” where power is released and spreads across open space and time.

Solar system is: JIPADARA
It has one Sun and many orbiting planets and moons
Only 3 planets have carbon based life forms with differing civilizations
Each planet is hidden from the other by larger planetary bodies and atmospheric shielding.
The Sun is about to go nova. The implication is the planetary civilizations are doomed to extinction if they remain.
The leaders of the planets follow a cosmic and spiritual designed destiny that encourages leaving before the catastrophe.
Their paths are filled with intrigue but the overwhelming protagonist comes not from each other but from the insidious silence in the cosmos.
Leaders’ posture trying to maintain their independence knowing that eventually they must work together.
They agree to leave their solar system before they are destroyed.
Nuclear forces will reach out deep into the cosmos from the dying sun and destroy them, so they must move a great distance away to avoid this attack.
There is a time limitation and sensitivity for all.

Planning the Evacuation of the Solar system Jipadara is the powerful force that brings about sober cooperation between the populations of the three planets.
The Sun of Jipadara will become a Dwarf Star as changes in this ageing star have become obvious to the scientists in the new loose Tri-Federation.
Cooperation among the scientists is essential for the obliteration of the whole solar system of Jipadara is apparent with each passing cosmic day. Spiritualists also play a part in this massive exodus.
Different tasks to match the skills of each planetary race optimize their strongest skills in this massive undertaking.
It takes a cohesive force to tackle the dangers against the powerful elements of deep space by this arrogant life form collective. They dare move their whole civilizations against the indomitable forces of the cosmos.
This is shaping up as a battle of mammoth wills and the protagonist is the powerful cosmic force.

Jirboa, Pleen, and Khadaran each support great civilizations, with rich histories and varying strengths. But the Jipadara sun is about to go nova, threatening all life forms with extinction if they remain.

The leaders of all three planets follow a cosmic and spiritually designed destiny that brings them into contact with each other. They are guided by a force that exists in a nether world, part of the indestructible matter from the creator but derived from their ancestors after their physical death. Although mostly invisible, this force, called Zen, occasionally intervenes among the people. As catastrophe approaches, it encourages them to escape.

Although the leaders strive to maintain their independence, it is only a matter of time before they realize the truth. Building on their knowledge, history, and strength, they and their scientists must work together in order to avoid the death of their civilizations.

Darryl Gopaul is a medical microbiologist turned author who now focuses on the science fiction genre. He has lived in three different countries and has collected academic degrees from all of them. He has had multiple peer-reviewed publications and given hundreds of scholarly addresses throughout his career. He is the author of ten novels.