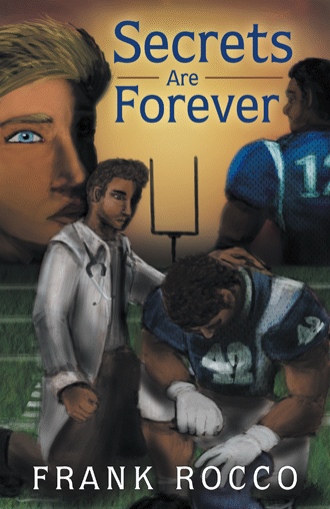 CHAPTER 1
The campus was beginning to come to life. With the first home football game scheduled for Saturday and fall classes commencing on the following Monday, the students had been arriving sporadically throughout the week.
In what had become a tradition, the Trinity College athletic departments arranged for their annual Welcome Back cookout to take place on the Thursday before classes were to begin.
The student athletes of all fifteen sports and the coaches were expected to be in attendance.
The picnic grove on the east end of campus was a popular spot for the students. Due to the abundant rainfall throughout the summer the foliage survived the August heat and was still luscious and deep green in color. Picnic tables were symmetrically arranged among the trees, and the perpetual shade offered cool comfort from the late afternoon sun. Until late October, students would be found in the grove area reading, studying and romancing; to whatever degree the restrictions and parameters permitted. The eventual change of color from green to every color in the spectrum from red to yellow and the eventual falling of leaves would not begin for several more weeks.
The serving lines at the cookout were opened at five and by five thirty most of the student athletes had been served and were seated. Not uncharacteristically they segregated themselves by sport. Seeing teammates for the first time since classes ended in May was incentive enough to sit together and visit.
Coach Johnson ended football practice thirty minutes early so the football guys could be at the cookout on time. That worked out well. Most football team members were in their seats and eating by five forty.
Sophomore quarterback Cody Williams was delayed, however. He was being treated for an ankle injury incurred during practice earlier in the week and was last to leave the locker room.
Cody, a really great kid from Rochester, Minnesota, was quarterback for the Bishops. His religiously centered family had encouraged Cody to attend Trinity College for its Christian orientation. Being an only child, Cody had become the unofficial standard bearer for the Williams family. When Josephine Williams, Cody’s mom, suffered a miscarriage in her seventh month while carrying Cody’s first sibling and required intrusive surgery to save her life, she was rendered incapable of bearing additional offspring. At that point all parental efforts were directed at Cody.
When he finally arrived at the cookout, he stood in front of the array of tables with food in hand, having a difficult time finding a table with room for one more. The first table he approached had been taken over by the women’s basketball team. As he neared they slid over to make room. After all, the starting quarterback had become a very popular guy on campus and the girls were thrilled to have him join them.
Introductions were necessary for the new girls. Kelsey Pedersen, an incoming freshman on scholarship, was sitting directly across from Cody. Kelsey was of Nordic genealogy and at five-feet-seven with facial features to rival most models, Cody felt attraction. Like many female athletes, Kelsey was not petite. Rather, she was sleek, well proportioned, still very feminine and wholesome in appearance. When they shook hands and made eye contact, there were no fireworks, bells or whistles but there was a stir in each.
Not for a second did Kelsey entertain the idea of anything beyond a possible platonic relationship with Cody or, for that matter, with any of the other upper class guys. She viewed herself as a lowly freshman, insecure and not worthy of attention from such a popular person; besides Cody was black.
He was one of only eight African-Americans on campus; four others were on athletic scholarships and three were outstanding students receiving financial support for their academic achievements.
The two photographers from the school paper were having a field day, going from table to table taking group shots of everyone at each location. When one of them spotted Cody at a table with nine members of the women’s basketball team, it instantly became a must-take photo. The group was re-arranged with Cody in the center surrounded by nine attractive, young ladies—a photo destined for the front page of the sports section.
Cody’s reputation was well deserved; starting QB in football, he frequently led Bible study classes on campus, took an active role in discussions and seminars on race relations and tutored students who needed help. In other words, he was an all-around nice guy.
Kelsey Pedersen, on the other hand, was not at all at ease. Attending Trinity was not her first choice and her ambivalence at being there was causing much anxiety. An autocratic mother and a father who chose not to conflict with his wife’s mandates didn’t give Kelsey much freedom in making her own decisions or living her own life.
This particular point of contention began when one of Kelsey’s teachers at Athena High in Wisconsin suggested Kelsey explore her options for a future career. Being aware of her photogenic good looks, he made the mistake of suggesting to Kelsey that a modeling career would be possible for someone with her talents. The teacher, Tom Clapper, was also the faculty sponsor for the Thespian Club. Each spring the club sponsored, produced and acted in a Broadway musical. Kelsey had a lead role in each of the productions since her freshman year.
Tom Clapper came to his role of director of the spring productions with years of experience. He had spent twenty years in New York City as an actor performing in off-Broadway productions, as well as traveling all over the country from Atlantic City to Chicago, performing with theatrical companies. When he wasn’t on stage, he was employed by the Trout Agency as a talent scout searching out beautiful and talented young people for potential careers as models and possible actors.
Mr. Clapper had no idea he had stirred up a hornet’s nest in the Pedersen household.

They were just finishing dinner when the phone rang.
“Clapper residence.”
“Mr. Clapper, this is Mary Pedersen, Kelsey’s mother.”
“Yes, Mrs. Pedersen. I remember you well. What can I do for you?”
Mary Pedersen left no room for cordial interaction. “Mr. Clapper, I have to ask you to stop filling Kelsey’s head with all this nonsense about becoming a model.”
Tom Clapper tried to defend his actions, “Mrs. Pedersen, you do realize she is a beautiful girl and could have a successful career as a model.”
Becoming a little more assertive Mary Pedersen furthered her position, “How would you know that, Mr. Clapper?”
“Because I was an actor and talent scout in New York City for over twenty years. I’ve helped numerous young people get into the business and become very successful.”
Totally dismissing his response Mary Pedersen pushed back hard. “Well, Kelsey is not going to Madison and she certainly is not going to New York. Mr. Pedersen and I would appreciate if you would stop putting those ideas in her head.”
Tom Clapper felt falsely accused but knew when to back off. “Mrs. Pedersen, as you wish. I certainly apologize for causing any discontent. It won’t happen again.”

That spring after basketball season concluded, Kelsey took on the role of Mariam Paroo in the production of The Music Man. Mr. Clapper kept his word. He and Kelsey never again got into any detailed discussions about becoming a model and Kelsey accepted both her basketball scholarship at Trinity and, very reluctantly, the life path her parents had set for her.

It is August 1978 in Grove City, Iowa, when sophomore quarterback Cody Williams shows up at his college’s annual Welcome Back cookout and meets Kelsey Pedersen, an incoming freshman on a basketball scholarship. The attraction is instantaneous, but Kelsey immediately rules out anything but a platonic relationship with Cody. She is white and he is black.

When their friendship and caring for each other morphs into yearnings they do not fully understand, Kelsey and Cody ignore family values and biblical teachings and succumb to their physical desires. But it is only a few weeks later when Kelsey realizes the consequences of her actions. With Cody in a downward spiral and Kelsey terrified, the young lovers leave the destiny of their unborn child to their parents who urge them to give the baby up for adoption. But when a sonogram shows two beating hearts instead of one, it sets into motion a chain of events that causes the twins to be separated at birth, forever binds both families with their secret, and culminates in an epic reunion.

Secrets Are Forever tells a tale of forbidden love as life begins in a college town and comes full circle, causing a ripple effect across generations.

Frank Rocco enjoyed a lengthy career within the world of football that included stints at Penn State and Liberty University where he was Director of Football Operations. Now retired, Frank resides with his wife, Ann, in State College, Pennsylvania, where they enjoy spending time with their daughter who resides nearby and their three sons who live in Virginia.