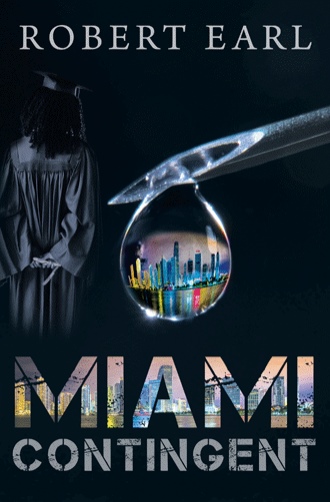 “Don’t be beatin’ on my doe like you the Po Po, bitch. You done lost your mind or somethin’?” Poppa Queen screamed out as he peered through the peephole of the low-income apartment’s reinforced steel door. His dilated pupils focused on the blurred figure of a vivacious young girl standing in the darkened hallway. She wore braids and beads in her hair and was listening to her Walkman, jamming to the music. This pretty little girl he recognized was little Renee Jenkins, the only daughter of the very sexy Moncell Jenkins. He used to fantasize about scoring a piece of Moncell’s red ass, the way she walked around the neighborhood and carried herself like she was a queen or something. The mere thought was a turn-on, but he’d gotten the distinct impression that Moncell thought she was too good for the likes him, with her dope-fiend ass. Reluctantly, he left that fantasy alone, replacing it with hostility and contempt for her.

Poppa hardly cared for anybody, much less the Jenkins clan. He was considered an old-school thug, a hardened criminal despite his young age of thirty-two. He had already served repeated time on Florida’s infamous chain gangs. Being in and out of trouble with the authorities most of his life only contributed to the animosity and disdain he felt for society. His formal education was cut short after attacking a teacher and being expelled from grade school. Consequently, he was more than adequately compensated with his PhD from SWU (Sidewalk University). Being streetwise leveled the playing field, so to speak, and he was shrewd and cunning, more so than he appeared. Past abuses had helped to make Poppa quick-tempered and extremely violent.

Moncell’s younger brother, Money Jenkins, had humiliated him in a prison yard fight while they were serving time in Raeford Prison up in Stark Florida. Let Poppa tell it; he won the fight that day.

Poppa felt the scar beneath his chin that he’d received from that fight while he undid four locks and swung the door open, proceeding to go off on a verbal rant like some crazy man, spit flying everywhere as he hollered and screamed.

“You ain’t got no fucking sense? Blowing people’s high, beating on the doe like that? People high, they it want quiet! Should kick your little ass. Fuck you want anyway? What’s that smell?” He wiped away the excess white powder from under his wide nose with his jeweled pinky finger. Looking down, he realized she wasn’t alone. She had her little brother, Sean, with her.

The child was two years old, snotty nosed, dirty, and needed to be changed. He had do-doed on himself in the hallway, and Poppa hadn’t helped by screaming at them. Sean didn’t smell all that bad; Poppa’s sense of smell was simply heightened from snorting cocaine. “Crumb snatchers ain’t in school today? What time it is?” he said, yawning as he cooled down from his hissy fit, like it had never even happened.

Renee slowly looked up, taking in the five-foot-nine gargoyle figure of what to her was the ugliest human being she had ever seen in her entire eleven years of life. Poppa was ashy black, wide nosed, and resembled the cartoon character Bullwinkle the moose. He sported a mouth full of gold teeth that made his breath smell bad, and his hair was matted into long, unkempt, horrible-looking, de la soul ghetto braids. Poppa wore his pants sagging under his buttocks, about to fall off at any minute, a white wifebeater undershirt, and gold chains.

He held a nine-millimeter Glock pistol down to his side while looking around cautiously, as was his habit every time he answered the door. Multiple tattoos adorned his hardened prison body, but you couldn’t make them out; he was so black he could leave fingerprints on a piece of coal. The tattoos just looked like a bunch of lines drawn against his charcoal hue. He had intentionally done his best to intimidate and instill fear into this child of the ghetto, who simply smacked her lips and wondered to herself if he actually thought he was all of that and a bag of chips.

Renee, twisting her neck, stepped back, placing her hands on her narrow hips. Rolling her little eyes at him, she replied, “Why you talk to people like that? I am not a dog. Hum, you probably smell your house.” Poppa’s jaw dropped. He wasn’t expecting that kind of response. She sensed it from his body language and continued, “Everybody know school is closed on Saturdays.” Shaking her head, she looked at her little watch and said, “It’s eleven thirty, thank you very much.” Smiling, she added, “Momma said you’re to never kick a dog.”

He didn’t know if he should shoot her ass or bow down. Finally, he licked his lips and sighed, trying to appear in control of that which was lost. “You’s a smart-ass little girl, just like yo mama. What you want? Ain’t got all day ta be messing with you.”

“Mama said she wants three and one, three boys and one girl. Mama said you know the deal,” Renee replied.

Poppa knew all too well the deal. He knew that she wanted heroin, also known as boy, and cocaine, also known as girl, the terms affectionately used in the streets. Poppa said, “No credit. Twenty dollars cash or get lost.”

Renee took off her tennis shoe, found what she was looking for, and then handed him a crumpled twenty-dollar bill, saying as sweetly as she could, “Here, Mister Poppa.” He snatched the money out of her hand and disappeared behind the door.

“Boy, be quiet. Wait. I don’t want to be in this nasty place either. We shopping for Mama,” Renee said.

“Is we in pee? Smell like a bunch of pee coming out that hole in the wall,” Sean said.

“Yeah, smells just like your bed, and that’s how your behind is gonna look you keep peeing in bed,” Renee answered, getting a little impatient.

The wall was hidden from the view of traffic traveling on Second Avenue and had been used as an outside urinal for so long that the concrete had corroded and turned brown. The kids were waiting outside Poppa’s apartment on the first floor, right underneath the concrete steps that led to the second floor of the Twelve Thirty-Four building. The building earned its nickname, the Green House, because of the ugly florescent-lime color that made it stick out like a green architectural nightmare.

A twenty-four-unit, three-story apartment building that by design resembled prison tiers, the building was situated in the center of Overtown, directly across the street from another shabby establishment call The Shack, run by Sonny Red, who at this time was Poppa’s immediate competition. Both these locations kept the City of Miami Police Department working overtime with shootings, stabbings, and beatings. The fact that this corner hailed as one of the busiest dope holes in this poverty-stricken community of Miami didn’t make waiting any safer or pleasant for anybody, much less two kids

Poppa Queen had walked through the two-bed, one-bath apartment located on the corner of the building. It was sparsely furnished. The master bedroom had a double bed and a television that was set on a milk crate. No one dared entered that room without permission from him; it was his personal room while he was there serving drugs. There was a table in the middle of the dining room/kitchen with three chairs, and the refrigerator was old and outdated and needed to be defrosted.

The apartment had a sour, tangy odor of old sex, smoke, and drugs that had marinated with time. An outdated gas stove decorated this decorous nightmare, and faded linoleum covered the floors in the kitchen and bathroom. The second bedroom was used exclusively to get off (high) in. All of his customers—the crack heads and junkie heroin users who were spending money on crack...

Eleven-year-old Renee Jenkins is a vivacious, bright girl who is unfortunately a member of the notorious, dysfunctional Jenkins clan living in a Miami neighborhood where it is not unusual to hold a nine-millimeter Glock pistol while answering the door and where little girls like Renee shop for heroin for their mothers. As she maneuvers her way through the asphalt jungle of Miami’s dangerous Overtown section, Renee bravely attempts to find happiness amid a world consumed with death, despair, drugs, and pain.

Renee’s days are kept busy caring for her younger brother, Sean, and attempting to protect him from the chaos that surrounds the streets. As her mother, Moncell, her uncle, Money, and her grandfather, Shipyard, lay the groundwork for what seems to be a destiny filled with killers, gangsters, and drug addicts, little Renee dreams of becoming a doctor. But what she does not know is that a storm is coming to Overtown that will cause her to commit an unthinkable act with consequences and the power to change everything.

Miami Contingent is a compelling urban tale that provides a glimpse into a gritty trek through the streets of Miami’s forbidden neighborhoods as a girl grows into a woman and does everything she can just to survive.

Robert Earl was born in Baltimore, Maryland. He resides in the Miami area. He is a successful realtor and world traveler, and is currently attending the University of Miami. His writing is inspired by his countless experiences from living in the dark abyss of drug addiction for over twenty years. This is his debut novel.