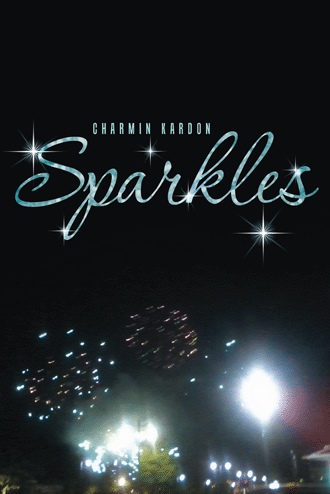 In the lobby of the Omni hotel, they held hands as they rushed to their room. His adrenaline was pumping because the San Francisco 49ers defeated the Cincinnati Bengals 20-16 in Super Bowl XXIII. Just as the elevator doors opened, he yanked her inside, pinning her against the elevator wall. His wide eyes focused only on her as he grabbed and squeezed her breasts. The pressure of his lips tightened against hers, forcing his tongue into her mouth. Their tongues danced together while his hands moved vigorously over her face and body. In the midst of their passion, a chiming sound filled the air, alerting them the elevator was approaching a floor. They paused, looking at each other, unaware if either had selected level eight. The final chime, notified them the doors were opening, alerted the couple. They composed themselves quickly, and both held naughty smiles as other guests entered the elevator. Once the elevator reached their floor, Maxwell and Charmin stepped out quickly. “I can’t wait to be with you, baby,” Maxwell whispered. “I know. I have never felt this way about anyone. You are very special to me.” “Me too. I love you, Charmin,” he said as they hastily walked toward the room. “Love you too, Maxwell,” Charmin smiled. In the bathroom, Charmin looked at her reflection and thought to herself, “Are you ready, Charmin?” Her actions answered the question by undressing. Knowing Maxwell would be inside her for the first time, her thoughts began to wander again, thinking about what actions she needed to take. She wanted their first experience to be special and memorable. At that thought, she refreshed the make-up on her face and brushed her hair. She nervously walked out of the bathroom, and there Maxwell stood. She could tell he was admiring her purple-laced bra and matching panties. It was then Charmin remembered purple was his favorite color. Maxwell stood tall and anxious, but was still dressed in his grey Jordan t-shirt and blue jeans. They walked towards each other as he reached out to embrace her. She locked her arms around his waist, still trying to calm herself down and breathe. She felt his lips hot against her forehead, and then against her lips. The wetness of his mouth allowed her to trace his lips with her tongue as they kissed. She could feel him unfasten the hooks of her bra as he moved his hands to caress the small of her back. Maxwell grabbed her ass, tracing his fingers to the shape of her roundness. She wondered if he could hear or feel her heart racing with anticipation. She felt the heat and wetness between her thighs. Maxwell’s mouth and tongue kissed and licked on her neck and shoulder before reaching its intended target: her breasts. He bit and sucked on her nipples with a forceful grip, causing soft moans to escape her lips. Charmin wanted to feel Maxwell’s hot flesh against her smooth skin, so she reached over him and helped pull of his t-shirt, which exposed his toned physique. He continued as if uninterrupted, sucking and biting her nipples while his hands wandered all over her voluptuous body. His face lowered, now pressed against the center of her thighs. She could hear breathing as he inhaled the scent of her pheromones and licked against her panties. Maxwell smiled, looked up at Charmin, and said, “I want to see what you look like. Can I pull down your panties?” Overcome with sexual thoughts, Charmin’s mouth opened, only to respond with a rushed “yes.” Maxwell proceeded to pull down her panties, allowing them to rest against her ankles. He examined her closely with his fingers and his mouth. As he did this, Charmin felt light-headed and reached out for the dresser so not to lose her balance. Maxwell parted her lips with his tongue, sending a heightened sensation coursing throughout her body – something she had never felt before. He continued licking and sucking on her minora while his fingers parted and entered her. The illumination of the room changed. She no longer remembered where she was, only that he was with her. She got on her knees and unzipped his pants to free his manhood, and then she opened her mouth over his shaft. She sucked and licked his shaft up and down while her hands firmly cupped his balls. His voice repeated the phrase, “Oh yeah.” She continued to suck and milk the pre-love juice out of his shaft. She felt his hands reach under her, pulling her onto him. Maxwell elevated her against his chest before laying her on the bed. The thickness of his shaft against her tight, wet canal created a strong pressure that pulled her apart as her body took him in. Hard thrusts resulted in moaning and heavy breathing, and she dug her nails into his back with every motion. She opened her eyes and noticed her legs elevated in the air slightly over her head; she was still wearing her high heels. His kisses were hard and wet, but loving and compassionate. Maxwell loved Charmin, and she loved him.

In her innocence and youth, Charmin Kardon was very confined and old-fashioned, a woman who had her own ideas about “happily ever after.” When she met Maxwell, her world changed in ways she could never have imagined. They met by chance, two kids unaware of what the future held for them. What awaited them was a lusty love affair, followed by a marriage with increasingly fluid boundaries.

Maxwell was open to new ideas. He craved freshness and creativity as much as he craved Charmin’s warm, soft curves and luscious, large breasts. In Charmin’s temperate mannerisms and soft-spoken voice, Maxwell found an emerging sexual being he was obsessed with possessing. He had a lusty and insatiable sexual appetite, one she had to learn to navigate, understand, and satisfy. She worked diligently to discover how she could share his desires and needs without judgment. She also needed to learn how to manage her own desires without becoming possessive. They found ways to balance their need to be free, yet married as well. Charmin and Maxwell redefined of their own relationship as lovers, soul mates, friends, and sexual exclusives. Through their passionate exploration of negotiated non-monogamy, they created a new and thrilling level of intimacy and satisfaction that most couples may only dream of …

Sometimes one has to bend the rules a little—or write their own—to find “happily ever after” in the most unexpected ways.