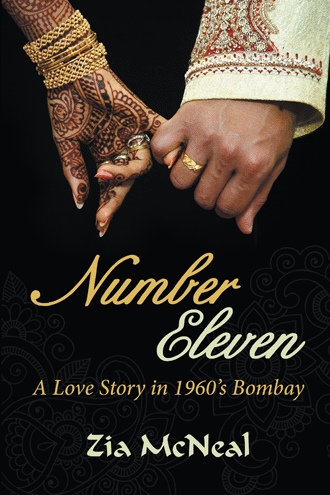 Chapter 1 Sunday, August 7 “So far, so good” The jet lag had not yet hit him, and hopefully it never would. He simply didn’t have time to be tired. This was the first prospective bride meeting. There were going to be nine others - nine additional formal dinners, lunches or afternoon teas. Maybe this girl would be good enough, and they could start planning the wedding. They would need all of the three weeks he had. But, first, he had to meet her, and if not her, the next one on the list. Oh, these dinner parties were going to be torture! Running on adrenaline, Amir reviewed the notes his sister-in-law had scribbled on a piece of paper. “Nargis, twenty-five years old, third year of medical school, two brothers, father is a doctor.” Well, she seems fine on paper, he thought happily. In fact, she seems better than fine, she seems great! Amir smiled widely as he checked his necktie in the hall mirror for the third time in ten minutes. He was wearing the navy blue suit he had custom made in Hong Kong only days earlier. Adding that quick stop before this trip to Bombay was his travel agent’s idea. He considered it an odd suggestion at first, but the more he thought about it, the more it made perfect sense. The forty-eight hours in Hong Kong were his last chance to see a part of the world before he got married. His future wife might not like to travel. She might not like to see new places. She might not like to do anything he liked to do. The doorbell rang and Babu, his brother’s servant, stomped with heavy feet toward the front door. His footsteps on the freshly waxed hardwood floors echoed like thunder bolts on a stormy night. Babu was a large man with a broad chest and large muscles. He walked with hunched shoulders and eyes downcast from years of servitude. Stepping onto the Oriental carpet, his footsteps were briefly muffled before the thunder bolts returned as he resumed his steps on the wood flooring. Turning from the hallway mirror, Amir faced the front door. Babu reached the entry, turned around to face the assembling group, and placed his hands behind his back awaiting permission to open the door. He stood with his legs slightly apart and filled the entire door frame, reminding Amir of a defensive lineman on his favorite football team, the Green Bay Packers. His older brother, Farid, and his wife, Rehana, hurriedly entered the hallway from the living room. Farid looked very prim in his light blue suit and his usual brown tie. He stood rigid, exuding an air of being the master of the castle. Once the three of them were in place, and Rehana had whisked away a stray piece of hair, Farid gave Babu a single nod. The trio watched as the door slowly opened to allow Nargis and her parents to enter the three bedroom flat. The flat, as the British and hence Indians call it, or condo as the Americans call it, belonged to Farid and Rehana. Amir fondly recalled he had lived here, along with their mother, before he left for America eight years ago. However, when Rehana was about to have their second child, Farid moved Mummy into a ground floor flat. Amir was staying in the guest room in her flat during his visit. An elbow to his ribs brought Amir back to the present. Farid wanted to know Amir’s initial reaction to seeing the first girl on the list. He glanced at Nargis. She was very pretty. If all the girls were this pretty, finding “the one” would be difficult. His family knew his brief criteria for a bride. But he had failed to mention his preference with regard to looks: long hair and little make-up. Amir smiled to himself as he noticed Nargis met both of these unspoken criteria. Nargis glided into the hallway with her head held high. She was shapely and attractive and seemed to know it. Her pink sari had small silver beads along the hem that sparkled with the overhead light of the hallway chandelier. Her black tresses were carefully draped over her right shoulder exposing her left shoulder and armpit around her sleeveless sari blouse. Was that intentional? Maybe that was how women wore their saris nowadays. Very unlike Rehana and his mother who covered all of their bare skin. However, neither had long hair like Nargis. She seemed tall, or was she wearing high-heel shoes? Amir immediately glanced at her feet to see her footwear. Nargis was wearing open-toe sandals or chappals. Looking up at her face, he concluded she was a couple inches shorter than him. So far, so good, he thought. His sister-in-law had selected a good woman to be the first one for him to meet. Maybe this evening would be successful. They would like each other and then that would be that. Three weeks to plan a wedding. It was possible. Yes, it was possible.

By 1966, Amir has built a new life for himself in Milwaukee, Wisconsin. To keep the promise to his mother, he flies to Bombay, India to meet with the ten eligible women his family has found. The first few visits are unsuccessful, and with only three weeks to find a wife, he’s getting discouraged. Amir is pleasantly surprised by a last-minute addition to the list, and his opinions of the whole process change dramatically.

Could number eleven be the one?

Nazeera is unlike any of the other women he’s met. Captivated, he can no longer imagine his life without her. But will she leave her family and friends to marry him and move to America?

Suddenly, she has two tempting proposals to consider. One man treats her with respect - but lives in a land far away from her family. The other seems to offer everything she’s ever wanted - but something about him bothers her. Her married friend assures her that if she follows her head, her heart will comply eventually.

The problem is, she doesn’t know what to do. Which man will truly make her happy?

Zia McNeal is a first generation Indian-American. To celebrate her first birthday, she returned to Bombay (now Mumbai) as the first grandchild born in America. Her next projects include another Indian-inspired novel and a juvenile fiction book with her son. She now lives in Minneapolis, Minnesota, with her husband and son.